A distinctly different community from its parent district, which lies across the North Circular Road to the north-west 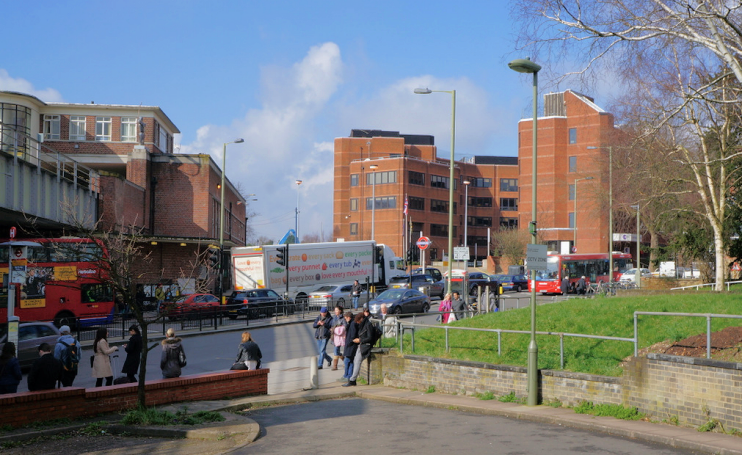 As early as the 14th century a chain of little hamlets took root beside Hornsey Park on the newly created Great North Road (as it later became), and were collec­tively known as East End.

The extended settle­ment slowly acquired more cottages, a couple of inns and a succes­sion of large houses on the higher slopes but at the end of the 17th century it remained surrounded by open fields, now mostly denuded of trees. Pigs were reared on the common and traded at the Hogmarket.

From around 1800 the Bishop of London began to sell building leases – and villas soon lined the Great North Road and Fortis Green Road. At the heart of the village, humbler dwellings multi­plied and by the 1850s East End was the most populous part of Finchley, crammed with tenements and terraced houses. Expansion accel­er­ated following the arrival of the railway in 1867 and the sale of more building leases from 1878.

The centre of popu­la­tion shifted eastward as hundreds of inferior cottages were built, while larger houses were subdi­vided into lodgings when the wealthier classes fled. Condi­tions were often insan­i­tary and East Finchley (as it had now become) gained a repu­ta­tion for drunk­en­ness, godless­ness and a lack of moral restraint.

Dating from 1910, when it began life as the Picture­drome, the Phoenix is one of the oldest working cinemas in the country.

Extensive bomb damage during the Second World War prompted the council to radically remodel the district after­wards. The first blocks of eleven-storey flats went up in the mid-1950s and municipal building continued for the next two decades.

East Finchley remains rela­tively godless: at the 2011 census 27 per cent of adults said they had no religion – up from 19 per cent at the previous census and by far the highest propor­tion in the borough. The ward also has Barnet’s highest number of people living in flats.

East Finchley is home to the UK head­quar­ters of McDonald’s but Barnet council denied the company permis­sion to open a restau­rant here following local resistance.

* The picture of The Capital Ring at High Road, East Finchley, on this page is adapted from an original photograph, copyright Ian S, at Geograph Britain and Ireland, made available under the Attribution-ShareAlike 2.0 Generic Licence. Any subsequent reuse is freely permitted under the terms of that licence.