A leafy and lovely locality situated between Muswell Hill and East Finchley, although many think of it simply as the south-western corner of Muswell Hill 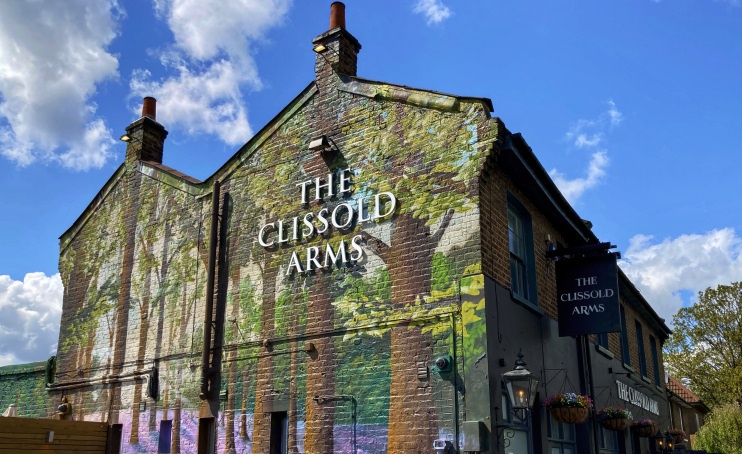 What became Fortis Green Road was just a track across Hornsey Common until the early 19th century. Enclosure allowed indi­vidual fields to be sold off to spec­u­la­tors and the hamlet began to expand outwards from the village green and its pub (now gastropub), the Clissold Arms.

Two East Finchley brothers bought one of the fields in 1835 and built a pair of Ital­ianate villas, Springcroft and Colethall (later Uplands). In 1853 an adjacent field was laid out with roads and divided into plots for sale to local builders. The resulting Harwell estate took several decades to complete, leading to an incon­sis­tent but not unpleasing appearance.

Fortis Green now consists of a mixture of late Victorian and early 20th-century semi-detached houses, with a few grand villas in the shady corners. The avenues are tree-lined almost to the point of being wooded. St Luke’s Woodside Hospital and Thames Water’s Fortis Green pumping station (with covered reservoir) are on Woodside Avenue, just north of Highgate Wood.

Fortis Green brought forth two disparate bands in the 1960s. The Davies family, which spawned The Kinks, lived in Denmark Terrace, in the house imme­di­ately to the left of the group shown in the photo above.* Brothers Ray and Dave attended what is now Fortismere school (as did Rod Stewart) and first performed in public at the Clissold Arms.

Around the same time as the Kinks emerged, a group of young folk musicians used to convene for rehearsals at a house called ‘Fairport’, and named their band Fairport Conven­tion in its honour. A grander affair than the Davies family home, the house stands at the corner of Fortismere Avenue and the road called Fortis Green.

More than half of the 16- to 74-year-olds in Fortis Green are qualified to degree level or higher, and employ­ment levels are very high.

‘Fortis Green’ is the title of a nostalgic song by Dave Davies, first recorded in 1999 and included on his solo album Bug in 2002.

* The picture of the Clissold Arms at the top of this page is adapted from an original photograph, copyright Matt Brown, at Flickr, made available under the Attribution 2.0 Generic licence. Any subsequent reuse is freely permitted under the terms of that licence.