A 35-acre conservation area on the Wandsworth/Putney border, with blocks of offices and apartments on Upper Richmond Road 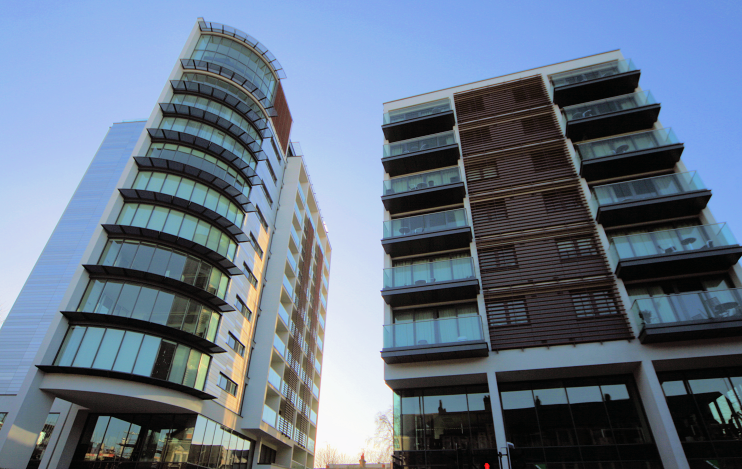 Apart from a scat­tering of 18th-century mansions, this area did not begin to develop until the 1860s, when Wandsworth and Putney grew towards each other along West Hill, and detached and semi-detached villas appeared on Upper Richmond Road and Keswick Road. In 1880 East Putney station opened on the London and South Western Railway’s line from Wimbledon to Waterloo. A year later, St Stephen’s church was built on Manfred Road.

The District Railway service began in 1889 and the company bought the Clock­house estate on West Hill, laying out Lytton Grove and the southern extension of Keswick Road on either side of the tracks. Oakhill Road was mostly built up between 1890 and 1900. Archi­tec­tural styles adopted during this period included French Renais­sance, Queen Anne and Italianate.

From the 1930s blocks of flats were inserted into the grounds of older villas and Portin­scale Road was rede­vel­oped. The main-line rail service to Waterloo ceased to operate in 1941.

St Stephen’s church closed in 1974. It was demol­ished five years later and replaced by a far smaller place of worship that also plays host to several community groups. The original church hall served as a motor repair works in the mid-20th century and was converted in 1990 to serviced offices called Hyde Park House (shown in the photo­graph below*). 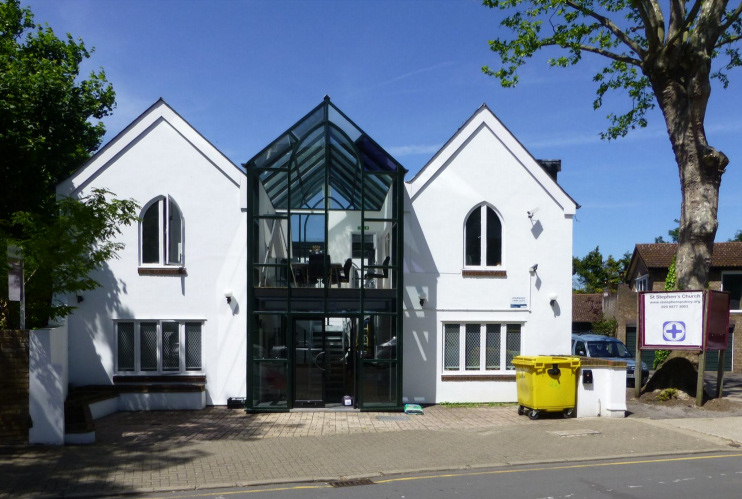 In the second half of the twentieth century a cluster of office blocks sprang up around East Putney station, forming a surpris­ingly dense employ­ment area for such a suburban locale. The now-vanished ‘buns-to-guns’ global conglom­erate Tomkins plc was based at East Putney House, opposite the station.

Luxury apartment complexes are presently replacing the more outdated office towers. “Travel on busy Upper Richmond Road in London’s east Putney and you will be forgiven for thinking the entire street is being torn down and rebuilt. At regular intervals hoardings announce new blocks of apart­ments that are about to enter the market,” observed Laura Latham in the Financial Times (17 October 2014).

St James’s Langham Square (shown in the picture at the top of the page) and Art Estates’ Putney Plaza are two of the grandest schemes.† There may be no large-scale commer­cial survivors at all by the time the rein­ven­tion of this stretch of Upper Richmond Road is complete.

East Putney’s residents tend to be well-educated youngish adults, living in their own homes or renting privately. Most are white British and there are signif­i­cant minori­ties orig­i­nating from western Europe, Australia and New Zealand.

* The picture of Hyde Park House on this page is adapted from an original photograph, copyright Russel Wills, at Geograph Britain and Ireland, made available under the Attribution-ShareAlike 2.0 Generic Licence. Any subsequent reuse is hereby freely permitted under the terms of that licence. The photograph of Langham Square was taken (despite the bizarrely querulous intervention of a “security conscious” American resident) by Hidden London.
† “Putney has long been one of London’s most desirable villages and its discreetly elegant side roads are home to influential financiers, politicians, [etc.],” burbles the publicity for Putney Plaza, which is apparently “attracting buyers from around the world who want a London address or investment.”