Earlier called Twickenham Ait or simply ‘the Parish Ayte’, this is the largest island in London’s stretch of the Thames, lying between Twickenham and the Ham riverside lands 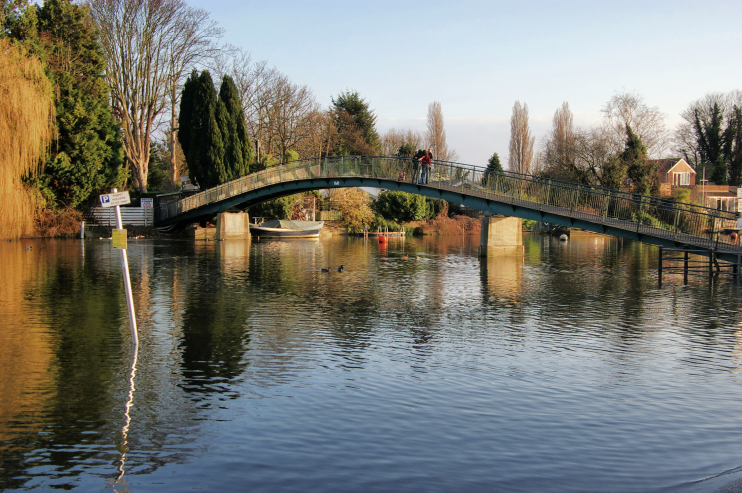 The ait is rumoured to have been the site of a monastery and much later was suppos­edly used as a ‘courting ground’ by Henry VIII. From at least the early 17th century it attracted day-trippers, who came to picnic or fish here, and later to enjoy the renowned pies that were made with locally caught eels and served at the White Cross public house. Although this culinary speciality is the most obvious (and likely) expla­na­tion of the island’s present-day name, another story suggests that a royal mistress who had a house here called it Île de Paix (island of peace), which was folk-angli­cised as ‘Eel Pie’.

Twick­enham Rowing Club has been based on Eel Pie Island since 1880, twenty years after it was founded by local resident Henri d’Orleans, Duc d’Aumale.

Many of the island’s wood-framed prop­er­ties date from the early 1900s, when they were used as summer houses by wealthy Edwardian Londoners. The struc­tures survive well and fetch high prices. The island’s pedes­trian bridge was built in 1957.

In the 1950s and 60s the ait became famous for its noisy jazz club at the Eel Pie Island Hotel, where the Rolling Stones first emerged, and The Who, Pink Floyd and Genesis also played gigs early in their careers. Eel Pie Island has even been called ‘the place where the Sixties began’. The hotel closed in 1967 and briefly became something of a hippie commune before it burned down during its demoliton in 1971. 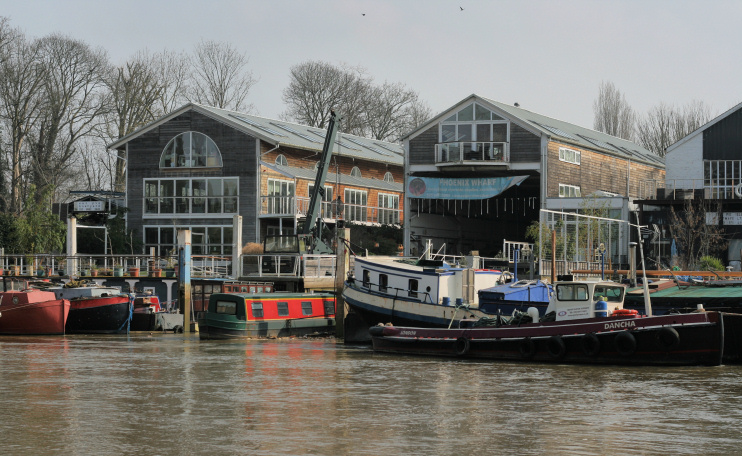 In 1996 a boatyard and 60 neigh­bouring artists’ studios also burnt down. An appeal brought donations from the local community in Twick­enham as well as from several rock stars.

The island is nowadays home to around two dozen artists’ studios, situated in and around the boatyard. Twice a year, the studios open their doors to visitors, providing an oppor­tu­nity to talk to the artists and buy or commis­sion new artworks.

Most of the island is private property and there’s not much oppor­tu­nity to wander off the sole arterial path. As Miss Immy points out in her delight­fully illus­trated blog post on the subject, “To be honest, unless it’s the artists’ open day weekend, or you happen to know someone who lives on the island, there is very little to see there these days.”

* The picture of the Eel Pie Island footbridge on this page is adapted from an original photograph, copyright Julian Osley, at Geograph Britain and Ireland, made available under the Attribution-ShareAlike 2.0 Generic Licence. Any subsequent reuse is freely permitted under the terms of that licence.