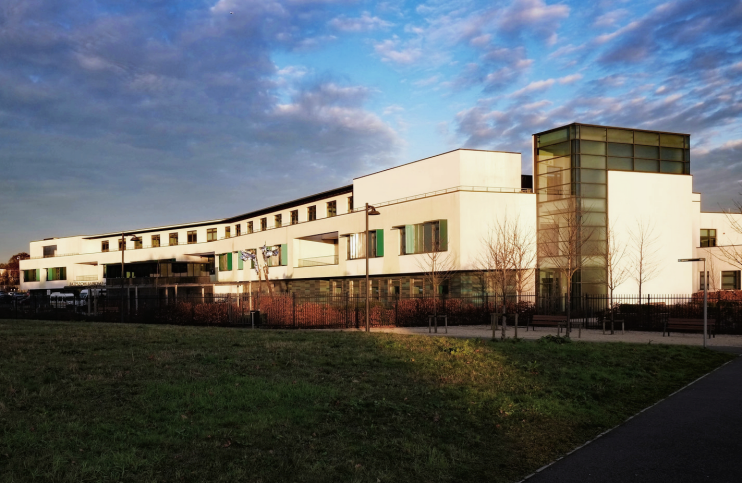 Although now focused on the corner of Granville Road and Finchley High Road, this was orig­i­nally uncul­ti­vated land at the corner of Finchley Common. Fallow Corner was first recorded in 1429 and Fallow Farm (orig­i­nally Cobley’s) was in existence from the late 17th century. A small workhouse stood near Fallow Corner from around 1768 and had become very over­crowded 20 years later.

After the enclosure of the common in 1814 new roads were constructed, including Bow Lane, which was named for its shape, while Fallow Farm was much enlarged. The farmhouse stood just west of the present Heather­dene Close and its estate remained in the posses­sion of the Cobleys and their descen­dants the Clulow and Child families until the late 19th century. In its latter days the 80-acre estate was renamed Etch­ingham Park, after the Clulow family home in Sussex.

The sale of the farm and the mooted arrival here of electric trams prompted a spate of activity at Fallow Corner in the very early years of the 20th century. Neigh­bouring Wimbush Farm was sold and its farmhouse demol­ished. The 13-acre grounds of another large house, Fallow Lodge, were divided into 101 plots and built on. Fallow Court Avenue was laid out around it. A mattress factory was built, with accom­mo­da­tion above, offering a same-day restuffing service.

In 1903 a county school opened and in 1908 a cottage hospital, which was extended in 1922 and renamed Finchley memorial hospital. The few remaining gaps were built on around this time, including the site of Fallow Farm’s farmhouse. Fallow Cottage was sold in 1939 to Wood and Wallers, who knocked it down and built flats on its site. Across the High Road, the Glebe­lands have been preserved as sports and recre­ation grounds.

Finchley memorial hospital was rebuilt in 2012 at a cost of £28 million. The new hospital is shown in the photo­graph above.*

A London Borough of Barnet blue plaque in the grounds of Finchley Memorial Hospital identifies the site of Joseph Grimaldi’s former home at Fallow Cottage. The great clown lived here from 1806 until around 1815, returning each evening after his performances on the stage in London.

* The picture of the Finchley Memorial Hospital on this page is adapted from an original photograph, copyright Julian Osley, at Geograph Britain and Ireland, made available under the Attribution-ShareAlike 2.0 Generic Licence. Any subsequent reuse is hereby freely permitted under the terms of that licence.