Situated just to the north-east of Romford, Gidea Park has evolved from a high-class garden suburb devised for Londoners who wanted to escape to the country 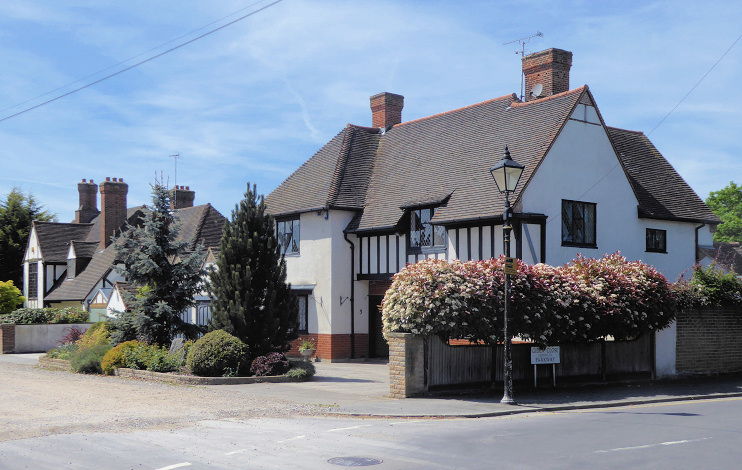 Gidea Park’s name may derive from the Old English ‘ged’ and ‘ea’, meaning ‘pike water’, but it could simply mean giddy, or foolish. This would have been a reference to the outlandish archi­tec­ture of the first Gidea Hall, which stood from the 13th century until 1718. Lady Jane Grey is said to have received tuition there. Its wooded park extended over 150 acres and its gardens grew vines, melons and oranges. The Georgian mansion that was built imme­di­ately after the demo­li­tion of the original hall survived until 1930, spending its latter years as the clubhouse for what is now Romford golf course.

After the opening of the station in 1910, an ideal­istic Arts and Crafts project named Romford Garden Suburb began here, with designs that won an archi­tects’ compe­ti­tion. The homes were well-built, light and airy, and constructed in a variety of indi­vidual styles on the land attached to Gidea Hall.

Clough Williams-Ellis, best known as the creator of Port­meirion, designed 23 Reed Pond Walk. Heath Drive has a wide variety of homes built for the exhi­bi­tion, as well as the 18th-century walls and gates that formed part of the boundary to Gidea Hall’s walled garden. The retention of several other features from the original estate – the orangery, lime walk, ponds and a bathing temple – added a cachet to the marketing prospectus. 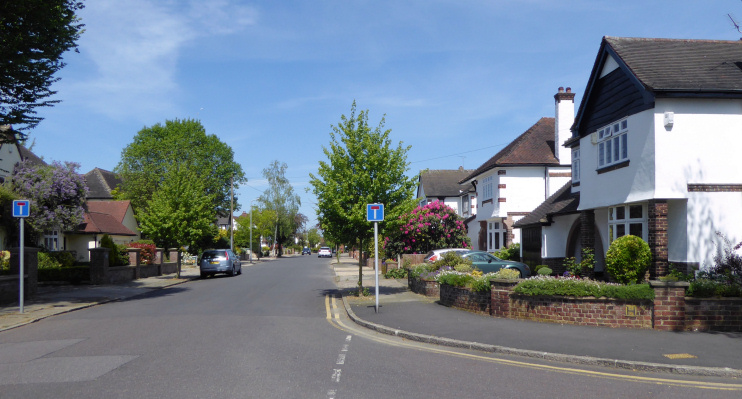 Another compet­i­tive exhi­bi­tion, on a smaller scale, was held in 1934 and more housing followed, some of it equally distinc­tive. Berthold Lubetk­in’s Tecton practice won first prize for a modernist house at 64 Heath Drive. Growth subse­quently proceeded in the direction of the station and on more conven­tional lines, absorbing the hamlet of Hare Street.

The suburb’s role as a refuge for East Enders was illus­trated by Charles Kray, who once commented that if he had moved his family here, his twin sons might never have gone to the bad.

Like much of east­ern­most Greater London, Gidea Park has a predom­i­nantly white popu­la­tion and a reason­ably high standard of living.

Gidea Park was the boyhood home of Deal or No Deal presenter Noel Edmonds.

The pop group Gidea Park had two minor hits in the early 1970s.

* The pictures of houses in Gidea Park conservation area and Links Avenue on this page are adapted from original photographs, copyright Marathon, at Geograph Britain and Ireland, made available under the Attribution-ShareAlike 2.0 Generic Licence. Any subsequent reuse is freely permitted under the terms of that licence.