A socially polarised locality known to some as ‘Hampstead Bottom’, occupying the void between Kentish Town and Hampstead 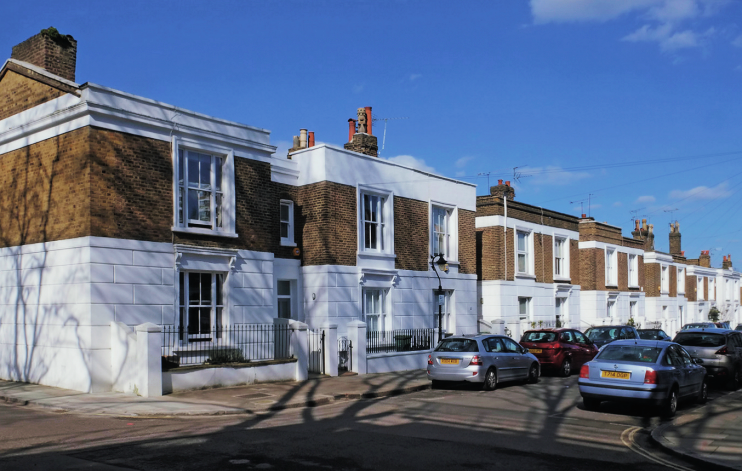 Gospel Oak’s name derives from a tree under which a host of legendary figures are said to have preached, including St Augustine, Edward the Confessor, John Wesley and even St Paul. The tree marked the boundary between the parishes of Hampstead and St Pancras.

The gospel oak vanished sometime in the mid-19th century. The uncer­tainty as to exactly how and when this occurred corre­sponds with the mytho­log­ical nature of its history.

Gospel Oak was just starting to be developed as a somewhat under­priv­i­leged suburb when railways seared through in all directions.

From the 1850s compact terraced houses for the lower middle classes were built on land belonging to the Church Commis­sioners in the west and to Lord Mansfield and Lord Southampton to the east.

The dense pattern of building left no room for greenery, except at Lismore Circus. One writer complained that “in Oak Village [shown in the photo­graph below] there is not a sapling of that sturdy repre­sen­ta­tive of English hearts to be found.” The Midland Railway Company even suppressed the tradi­tional Gospel Oak Easter fair. 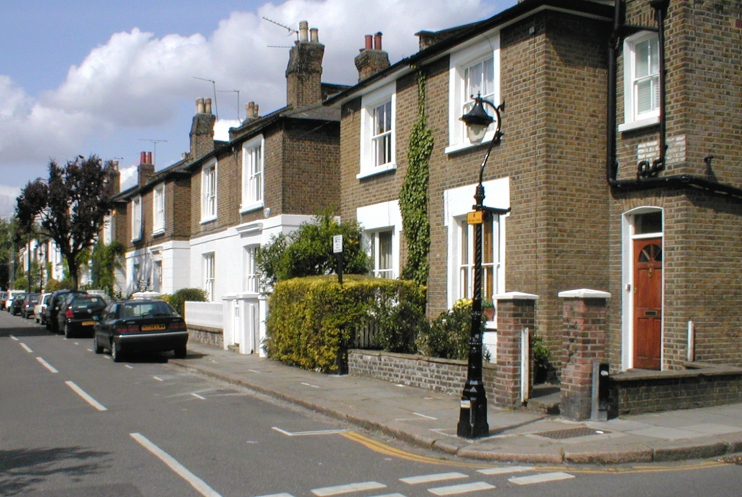 Two remark­able churches were erected in 1865 and 1901: St Martin’s on Vicars Road – just across the tracks in Kentish Town – which archi­tec­tural historian Nikolaus Pevsner called “the craziest of London’s Victorian churches,” and All Hallows on Savernake Road, which Pevsner reckoned a masterpiece.

By 1924 Gospel Oak had descended to “shabby gentility on the very brink of squalor,” according to John Buchan in his Richard Hannay novel The Three Hostages, although others recog­nised “a community at ease with itself.”

Much of the district was rebuilt with low-rise council flats in the 1960s and 1970s. Studies have revealed many forms of depri­va­tion and the area has since been the focus of regen­er­a­tion spending on rebuilding and community projects.

The most impres­sive project has been the rede­vel­op­ment of the Bacton low rise estate beside the railway line south-east of Lismore Circus. This has been hailed as “a superb example” of regen­er­a­tion done well and “as something of a miracle in a climate when new-build council housing has seemed impos­sible for so long.”

In general, however, Gospel Oak remains notable for the sharp contrast between its rented flats and owner-occupied houses, and the area is poorly served by amenities.

Comedian and television presenter Michael Palin moved into a terraced railway cottage in Gospel Oak in the 1960s and subsequently bought two neighbouring properties and knocked them all into one. He has planted a new gospel oak at Lismore Circus ‘pocket park’.

* The picture of Elaine Grove at the top of this page is adapted from an original photograph, copyright Julian Osley, at Geograph Britain and Ireland, made available under the Attribution-ShareAlike 2.0 Generic Licence. Any subsequent reuse is hereby freely permitted under the terms of that licence.