A mixed settlement of council and private housing, separated by the railway line from the Downham estate to the south-west 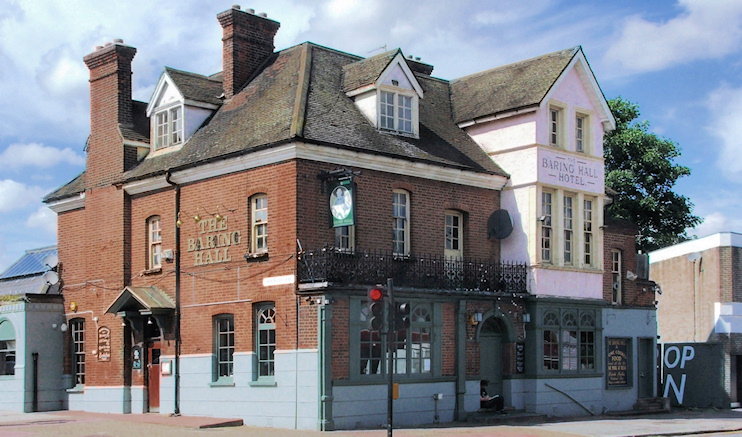 This was dense woodland in the extreme south of the parish of Lee until the early 18th century. At that time, as local historian John King puts it, Grove Park “just did not exist, in name or reality.” There­after, the trees were cut down and mostly used to make charcoal, hence the name of Burnt Ash Farm, which covered most of the area. A smaller farm, near present-day Somertrees Avenue, was called Grove Farm. A short-lived brick­works operated in the mid-19th century and some of its bricks were used locally to build a number of large houses.

In the early 1870s a station was built and a road was constructed to provide a link to Mottingham, and both the station and the road were named Grove Park, after the farm. Throughout the rest of the century a handful of villas went up annually as part of a middle-class resi­den­tial devel­op­ment promoted by the Liberal statesman Thomas Baring (made Earl of North­brook in 1876, the year he returned from serving as Viceroy to India) in conjunc­tion with the local developer John Pound.

Several of the villas in this ‘artistic suburb’ were among the earliest works of Ernest Newton, who was later to become one of the most important domestic archi­tects of the era – and president of Royal Institute of British Archi­tects. Newton also designed the Baring Hall Hotel, which opened in 1882 and is shown in the photo above.

In 1902 Greenwich workhouse was built in Grove Park. The workhouse served as a barracks during the First World War and became a tuber­cu­losis isolation hospital in 1926. In the same year the railway line was elec­tri­fied and Lewisham council began building its 44-acre Grove Park estate. The council bought Chinbrook Meadows for use as a recre­ation ground. The meadows are shown in the photo below:

Sports grounds and private housing consumed Grove Park’s remaining dairy pasture and plant nurseries in the 1930s, although a pig and poultry farm was subse­quently estab­lished for wartime purposes. This survived until the construc­tion of the Marbrook estate in the 1960s, which followed a number of smaller infill projects designed to address the post-war housing shortage.

The suburb’s original substan­tial villas have all been lost to rede­vel­op­ment. Private house­building has continued to the present day, including the rede­vel­op­ment of the former Grove Park hospital site.

Chinbrook Meadows were improved in 2003, with new paths, trees and sports facilities.

The Baring Hall Hotel was set to be demol­ished in 2011 but was saved after a local campaign. Rescued from a state of fire damage and general disrepair by new owners Antic London, it reopened in December 2013. The pub was grade II listed in June 2018, both for its archi­tec­tural interest, “as a restrained, carefully-propor­tioned and eloquent rendering of the ‘Queen Anne’ style,” and for its historic interest, “as one of a small group of pubs built along ‘improved’ lines in the 1880s and 1890s, which were precur­sors to the improved public houses built in their thousands between 1918 and 1939.”

Just over 62 per cent of Grove Park’s popu­la­tion is white, according to the 2011 census – down from 80 per cent in 2001. The most populous ethnic minority is of black African descent.

From 1894 to 1899 Edith Nesbit, author of The Railway Children and a founder member of the Fabian Society, lived in Grove Park in a house designed by Ernest Newton.

* The picture of the Baring Hall Hotel at the top of this page is adapted from an original photograph, copyright Chris Whippet, at Geograph Britain and Ireland, made available under the Attribution-ShareAlike 2.0 Generic Licence. Any subsequent reuse is freely permitted under the terms of that licence.