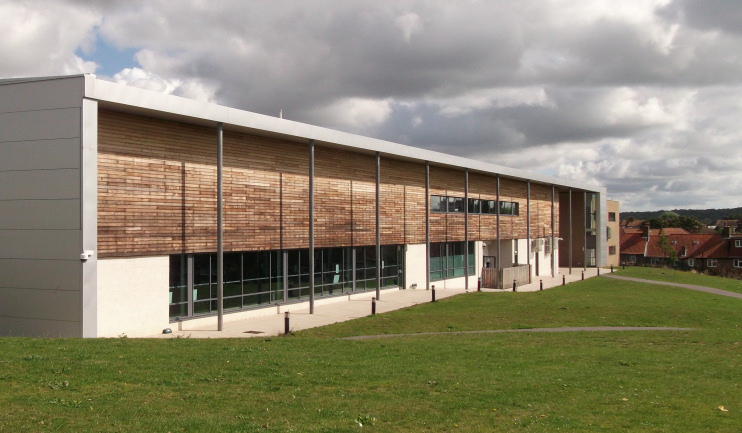 Downham is named after William Hayes Fisher, first Baron Downham, chairman of the London County Council until his death in 1920. From 1924 to 1930 the LCC erected a huge estate of six thousand homes on former farmland, part of which had been a popular walking spot known as Seven Fields. Building materials were trans­ported via a temporary railway link that branched off near Grove Park station. Road names were taken from old field names and, for no recorded reason, from Devon resorts and Arthurian legend. A further thousand homes were added in north Downham in 1937.

The Downham Tavern used to have a place in the Guinness Book of Records as Britain’s largest pub. Built by the LCC in 1930, it could accom­mo­date 1,000 customers. From 1930 to 1957 the suburb had a cinema: the Splendid.

Most of Downham’s first tenants were relocated from decaying inner city areas on the south side of the Thames, such as Bermondsey, Deptford and Rother­hithe. A popu­la­tion of more than thirty thousand mate­ri­alised where there had been a handful just a few years before. By the standards of the time, this was cheap, basic housing but it was eminently prefer­able to many post-war council estates.

Some early residents soon moved out again, having found the twelve shillings a week rent for a one-bedroom house too much. Others left because they resented the inad­e­quacy of the early amenities or didn’t feel at home in the semi-rural setting.

Right-to-buy legis­la­tion has now brought many homes into private ownership, but has perhaps also detracted from the sense of community, and Downham is more popular for its afford­ability than as the showpiece estate its creators intended.

The multi-purpose Downham health and leisure centre opened in 2007. Backing onto the 20-acre Downham Fields (as seen in the photo­graph above*), the centre was the corner­stone of a govern­ment-backed initia­tive to “restore focus and pride to the entire Downham area.” Some funds for the £16-million project came from the sale of two surplus council-owned depots to Wates Homes for the construc­tion of a resi­den­tial estate with a propor­tion of afford­able housing.

According to the 2011 census, 59 per cent of residents of Lewisham’s Downham ward are white and 23 per cent are of black African or Caribbean heritage.

In February 2013 a fox entered a Downham home and bit off a baby’s finger, which surgeons afterwards reattached. The family promptly moved out of their housing association property on Dagonet Road, off Shroffold Road.

* The picture of Downham Health and Leisure Centre on this page is adapted from an original photograph, copyright David Anstiss, at Geograph Britain and Ireland, made available under the Attribution-ShareAlike 2.0 Generic Licence. Any subsequent reuse is freely permitted under the terms of that licence.