A Victorian railway township, now much enlarged and rebuilt, situated just over two miles north and a little to the east of Hornchurch 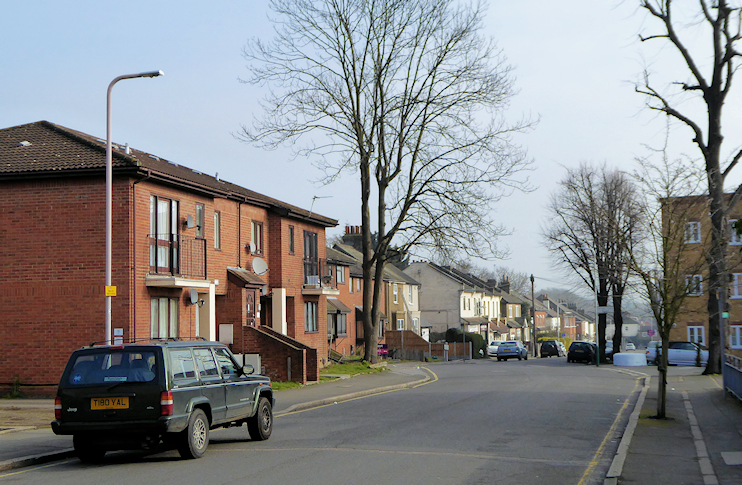 Harold’s Wood was a large forest stretching far to the north-west of the present district. Although King Harold once owned the estate there is no evidence that he ever visited it. After the trees were cut down in the 15th and 16th centuries the land became known as Harold’s Wood (or Romford) Common. Harold Wood Farm was probably estab­lished in the mid-18th century and was later acquired by local grandees the Neave family. The district of Harold Wood grew up some distance away, on 300 acres of Gubbins Farm, following the opening of the station in the late 1860s.

The station was built with the spon­sor­ship of the Harold Wood Estate Company, formed by a group of builders to exploit the potential for resi­den­tial devel­op­ment here, in the first suburban scheme in the parish of Hornchurch. New roads were laid out and some expensive villas were built, together with the King Harold public house, but neither pros­perous nor clerical commuters wanted to live so far out of London and the project foundered.

In an indi­ca­tion of the slow pace of the suburb’s evolution, an iron church was provided in 1871 and it was almost 70 years before this was replaced by a permanent structure, St Peter’s church (shown in the photo­graph on the right). Meanwhile, indus­tri­al­i­sa­tion took the form of a brick company and later a provender mill on Gubbins Lane.

In 1908 a Victorian house called the Grange became a children’s conva­les­cent home, which was to form the nucleus of Harold Wood hospital, initially run by the borough of West Ham.

Harold Wood’s rural character finally vanished after the First World War as the district filled with new housing, and Victorian prop­er­ties were demol­ished to make way for more afford­able dwellings. The brick company’s site was built over in the late 1940s. Unilever acquired the mill in 1965 and its buildings were demol­ished around 1970.

Harold Wood hospital closed at the end of 2006 and has been replaced by a resi­den­tial project called Kings Park, an NHS poly­clinic and the Havering campus of London South Bank Univer­sity.

Three-quarters of Harold Wood’s homes are owner-occupied, and 90 per cent of residents are white (down from 95 per cent in 2001).