The exclusive northernmost tip of Hendon, separated from Finchley to its east by Dollis Brook 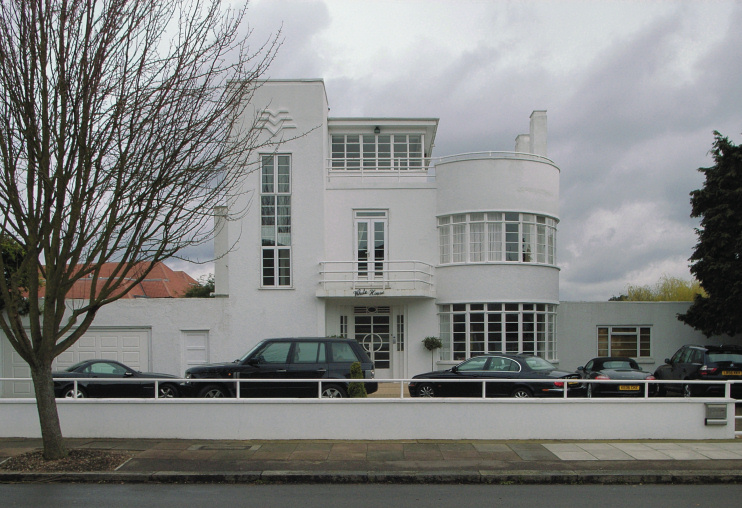 The route that is now Holders Hill Road was in existence by the 14th century and during the following century the land came into the posses­sion All Souls College, Oxford. The hill was called Older­shyll in 1584 and by its present name in 1750.

The undu­lating and wooded landscape attracted some pretty villas, including Holders Hill House, a cottage orné that stood for most of the 19th century.

The builder CF Hancock put up several prop­er­ties in the Parson Street and Holders Hill area in the 1870s but other attempts to develop the neigh­bour­hood over the next two decades were largely unsuc­cessful because transport links were poor.

Demand for housing picked up with commu­ni­ca­tions improve­ments that culmi­nated in the arrival of the North Circular Road in the late 1920s. Strips of golf course and cemetery land were sold for house­building and Holders Hill Road was lined with expensive houses and blocks of private flats. None of these dwellings is archi­tec­turally excep­tional, so – for the moment at least – this page features a photo­graph* of the White House, which stands near the northern end of the street called Downage, just to the south-west of Holders Hill. English Heritage calls the White House “an unusually large, early and imag­i­na­tive example of a tradi­tion­ally-planned house from the 1930s given moderne features.”

The rebuilt Holders Hill House became Ravens­field college in 1931 and then the Hasmonean school in 1947. A separate girls’ school is located a mile to the west. The school caters primarily for Orthodox Jewish children and has been rated among the best compre­hen­sives in London. The North Hendon Adath Yisroel synagogue moved to its present purpose-built home in the boys’ school’s grounds in 1965.

Holders Hill is extremely popular with wealthier members of the Jewish community and in recent years more luxury flats have been squeezed into every available space on and off the main road.

The political economist Jeremy Bentham did much of his writing at Dollis Farm on Holders Hill Road in the late 18th century. The farmhouse was demolished in 1930.

* The picture of The White House, on this page is adapted from an original photograph, copyright Steve Cadman, at Flickr, made available under the Attribution-ShareAlike 2.0 Generic Licence. Any subsequent reuse is hereby freely permitted under the terms of that licence.