A crowded part of east-central Hackney, dominated by council-built flats 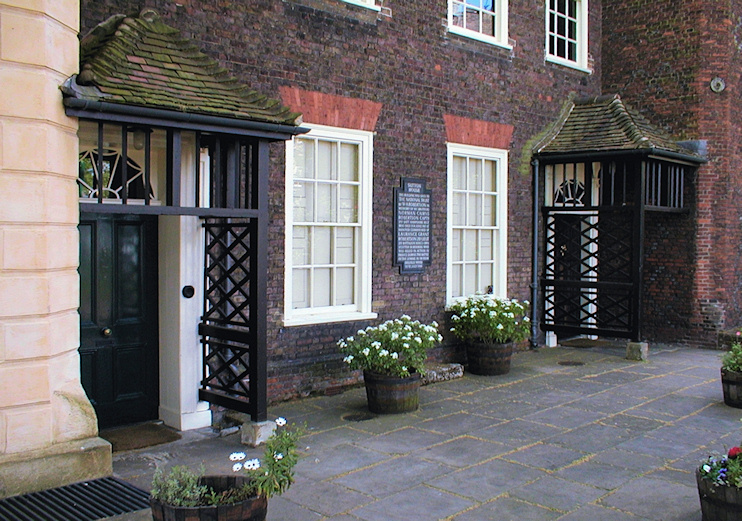 Homerton (pronounced ‘hommətən’) was first recorded in 1343 and takes its name (which was often rendered as ‘Humberton’) from the farm of a woman called Hūnburh.

In 1535 Ralph Sadleir, who was to become principal secretary of state to Henry VIII, built himself a house on Homerton High Street. Later called Sutton House, and now grade II* listed, its entrance is shown in the photo­graph above.

By the early 17th century Homerton was the most populous part of Hackney and more than a dozen lords and knights had houses here, including the governors of Jersey and Guernsey. Some of these property owners were only occa­sional visitors to Homerton but Edward, Lord Zouche, culti­vated a physic garden here and extended it to other plots before his death in 1625.

After the mid-18th century building began to spread well beyond the High Street. Berger’s paint factory opened in 1780 and workers’ cottages were built nearby. This was the start of a process of indus­tri­al­i­sa­tion and urban­i­sa­tion that steadily drove the gentry away. By the mid 19th century, cramped terraces were spreading outwards to join Homerton with neigh­bouring local­i­ties. A connec­tion formed espe­cially readily between Homerton and Hackney since the two places had only been separated by a single field even in the Middle Ages.

Conse­crated on St Barnabas Day 1847, St Barnabas church was built on the site of a horse farm with financial assis­tance from a leader of the Evan­gel­ical group known as the Hackney Phalanx. St Barnabas is a grade II listed building, as is its vicarage. The church hall (1884) is shown in the photo below. 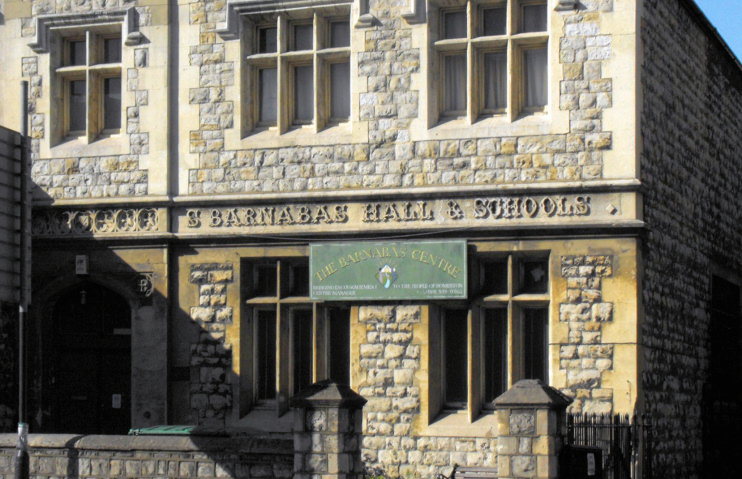 Homerton station opened in 1868 and the Eastern Hospital was built in 1871 to treat smallpox victims, clinching the exodus of wealthy residents. By the end of the 19th century Homerton was densely built up, mainly poor and even ‘semi-criminal’ in parts. Industry continued to expand, until factories filled half the available land by the 1920s, mostly in purpose-built premises rather than the converted houses that were common elsewhere in Hackney.

After the Second World War, Hackney council put up dozens of blocks of flats as industry drifted away. The London County Council built the Wyke estate on the site of the Berger factory after it closed in 1960. Following extended periods of closure, Homerton station and the former Eastern Hospital reopened in the mid-1980s; Homerton Hospital achieved univer­sity status in 2002.

Chats Palace is an arts centre and theatre based in the former Homerton library building, taken over and developed by an engaged group of local artists and activists in 1970s, and a regis­tered charity since 1981.

The City Academy, Hackney, opened in 2009 in a colourful new building on Homerton Row. Part of its Homerton High Street frontage is shown in the photo below. A sixth form block was added in 2016. 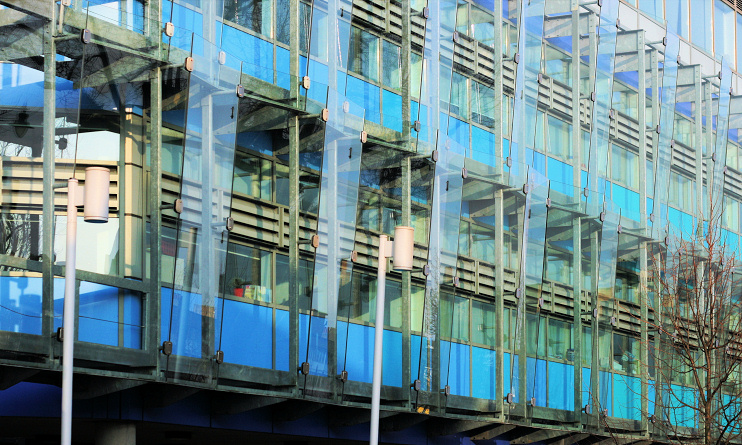 Now owned by the National Trust, Sutton House is a historical attraction and community venue. Despite subsequent alterations and additions, this rare example of a Tudor red-brick house retains many early details, even in rooms of later periods, including original linenfold panelling.

* The picture of St Barnabas church hall on this page is modified from an original photograph, copyright Spixey, at Flickr, made available under the Attribution 2.0 Generic Licence. Any subsequent reuse is freely permitted under the terms of that licence.