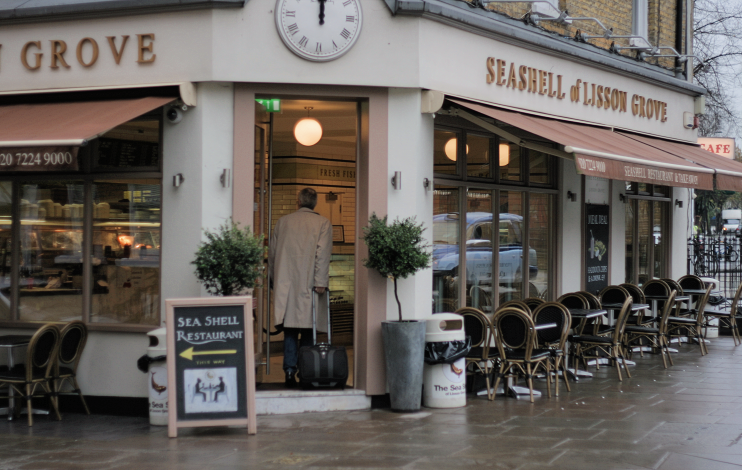 This was once part of the medieval manor of Lilestone, which stretched north to Hampstead. Lisson Green was a ‘little manor’ that broke away as early as 1236, with its own manor house and one carue (c.100 acres) of land.

The hamlet’s first attrac­tion was the Yorkshire Stingo public house – which was probably visited by Samuel Pepys in 1666, on a flir­ta­tious outing with a merry widow.

In the mid-18th century the arrival of London’s original bypass, the New Road, improved the area’s acces­si­bility and Lisson Green began to expand. The village faced Edgware Road, with the green itself behind – the two Edgware Road tube stations are at opposite ends of the settlement’s early extent.

The Austrian composer Joseph Haydn sought the seclusion of a Lisson Green farmhouse for the summer of 1791, during his three-year stay in England.

By the time of the construc­tion of the Regent’s Canal in 1810, the present street plan had been laid out and Lisson Grove was lined with stuccoed houses towards its southern end, while a white lead manu­fac­tory operated further north. Among those moving here for the country air were several artists and writers, most of whom later decamped to St John’s Wood.

Sir Edward Baker (who gave his name to Baker Street) acquired the southern part of Lisson Green in 1821 and built large blocks of flats as an extension of Maryle­bone, but further north the area began to decline as unscrupu­lous landlords put up shoddy houses and over­filled them with poor tenants, espe­cially Irish labourers. The locality became filthy, disease-ridden and, in parts, criminal.

The jour­nalist George Augustus Sala remem­bered his childhood here in the 1830s, when “the principal public buildings were pawn­bro­kers and ‘leaving shops’, low public houses and beershops, and cheap under­takers.” In 1885 the case of 13-year-old Eliza Armstrong, who was sold to a brothel keeper for £5, caused such an outcry that the law was changed – and so was the name of the street where she lived (from Charles Street to Ranston Street), such was the dishon­ourable repu­ta­tion it had gained.

Phil­an­thropists turned their attention to Lisson Grove in the second half of the 19th century and built artisans’ cottages and airy tenements in place of the squalid slums, though the locality remained poor. On the corner of Broadley Terrace the Artisans’, Labourers’ and General Dwellings Company erected Portman Buildings in 1887; these have now been replaced by the luxury apart­ments of Portman Gate.

In the late 1890s, the construc­tion of the railway line into Maryle­bone station separated Lisson Grove from Regent’s Park, bringing decline to its traders. The Portman market on Church Street closed in 1906 but trading continued at the roadside.

After the First World War dining rooms at 35 Lisson Grove became a fish bar, which was called the Sea Shell from 1964. Now relocated to the corner of Shroton Street and shown in the photo­graph at the top of the page, the restau­rant is one of London’s best-known purveyors of fish and chips. 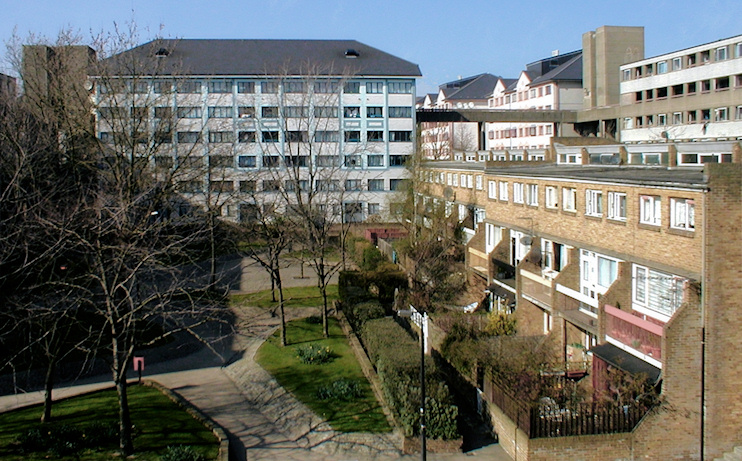 Municipal author­i­ties took over from the phil­an­thropists in the 20th century, building the Lilestone estate before and after the Second World War and completing the Lisson Green estate (shown in the photo above) in 1974. The latter has since been exten­sively revamped, correcting serious flaws in the original plan and its execution.

Presently located at 27 and 52 Bell Street, the Lisson Gallery has repre­sented some of the world’s best-known contem­po­rary artists during its 50-year existence.

The historical painter Benjamin Haydon described a Lisson Grove dinner party with William Wordsworth, John Keats and Charles Lamb at which Lamb got drunk and berated the ‘rascally Lake poet’ for calling Voltaire a dull fellow.

In Shaw’s play Pygmalion Eliza Doolittle comes from Lisson Grove. She left because it wasn’t fit for a pig to live in, and she had to pay four-and-six a week.