A Thames-side street in south Westminster, home to several significant institutions, with a residential quarter in its hinterland 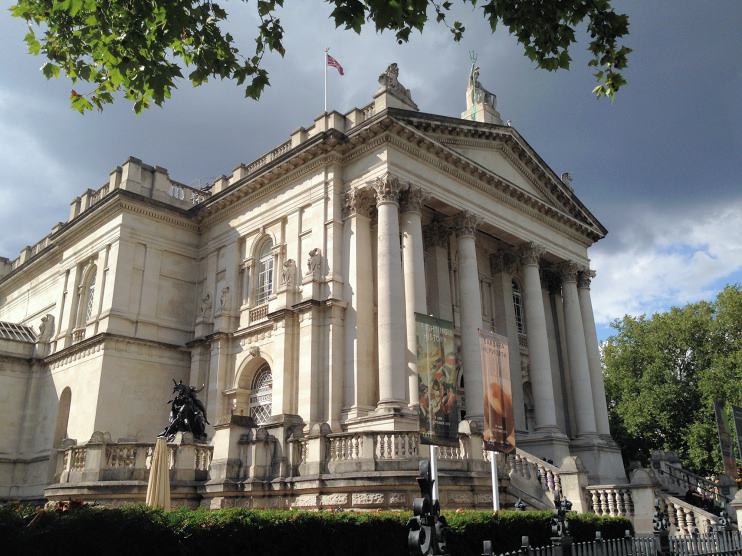 This was land belonging to West­min­ster Abbey when it was first recorded in 1546. The name referred to the presence of water­mills on the embanked riverside. The last of these mills, which stood at the very northern end of Millbank, was pulled down early in the 18th century.

Millbank Peni­ten­tiary opened in 1816, built in the shape of a six-pointed star and surrounded by an octagonal wall. This was the largest prison in the country and became infamous for its harsh regime, although its founding prin­ci­ples were rela­tively enlight­ened by the standards of the time.

The riverside wall and the road now called Millbank (formerly Grosvenor Road) were created in the mid-19th century as part of the Thames Embank­ment project.

The peni­ten­tiary was demol­ished in 1892 and the Royal Army Medical College and the Tate Gallery were erected on its site. Behind these, the London County Council laid out the arts-and-crafts influ­enced Millbank estate at the turn of the 20th century, primarily to accom­mo­date tenants who had been displaced by the rede­vel­op­ment of Clare Market in Holborn. Shown in the photo below, it remains one of the capital’s most aesthet­i­cally pleasing municipal housing estates. 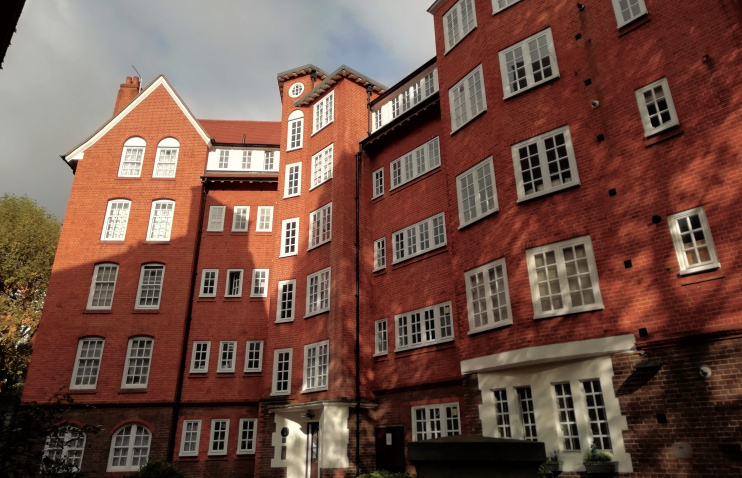 The Tate Gallery’s buildings were designed by Sidney JR Smith, the architect chosen by sugar magnate Sir Henry Tate, who had donated the paintings that formed the nucleus of the new collec­tion and much of the necessary funding for the gallery’s construc­tion. The buildings have been progres­sively extended, notably in 1987 with the opening of the Clore gallery, which houses works by JMW Turner. With the transfer of the post-1900 collec­tion to Tate Modern on Bankside, the original buildings were rebranded Tate Britain. Since 2010 a multi-stage refur­bish­ment dubbed the Millbank Project has trans­formed much of the site.

In 1997 the Labour Party relocated its head­quar­ters from working-class Walworth Road to the 32-storey Millbank Tower, which stands just north of Tate Britain. To some, the move symbol­ised the ascen­dancy of Labour’s modernisers, who were labelled the ‘Millbank tendency’. Labour moved out in 2002 to save money.

From 2007 to 2014 the Conser­v­a­tive Party based its campaign head­quar­ters at 30 Millbank, in the same complex as Millbank Tower. Protesting students laid siege to the building in November 2010.

Security service MI5 is based at the forbid­ding-looking Thames House, which orig­i­nally served as the head­quar­ters of ICI. Shown in the photo below, the former army medical college became home in 2005 to Chelsea College of Arts, now part of Univer­sity of the Arts London. 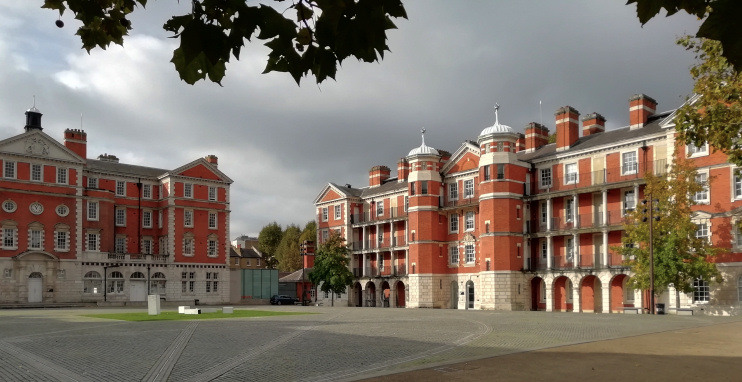 One of Turner’s first experiments in oil, Moonlight, a Study at Millbank (c.1797), hangs in Tate Britain.

* The picture of Tate Britain at the top of this page is slightly modified from an original photograph, copyright Andy Hay, at Flickr, made available under the Attribution 2.0 Generic licence. Any subsequent reuse is freely permitted under the terms of that licence.