A lively and diverse district located south-west of Deptford 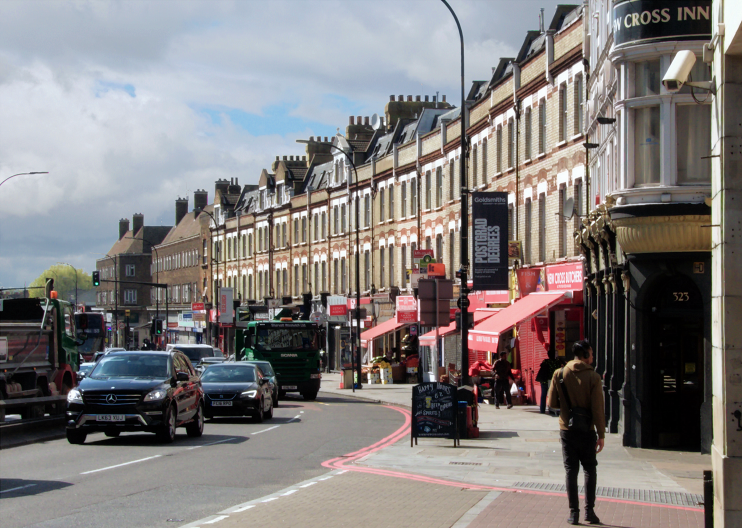 This was the site of a cross­roads on the Kent/Surrey border and New Cross Heath was recorded in the 15th century, when the surrounding area was still heavily wooded.

Two City guilds have had a defining influence on New Cross. The Worshipful Company of Haber­dashers acquired much of the land in 1614 as an endowment for its charity. The company leased large houses to its members and other gentlemen in the 18th century and developed the land more inten­sively from the mid-19th century, after the coming of the railway.

The Royal Naval School opened in 1843 and the building was taken over by the Gold­smiths’ Company’s Technical and Recre­ative Institute in 1891. The institute has evolved into the arts-oriented college that now calls itself Gold­smiths, Univer­sity of London. 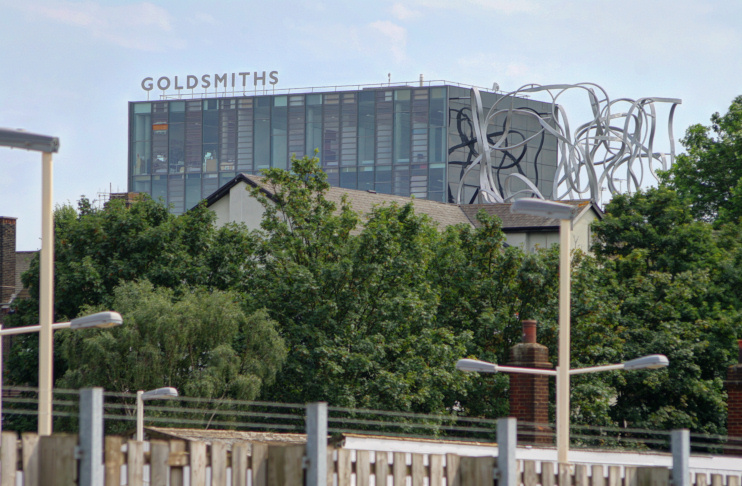 Deptford Town Hall, completed in 1907, has maritime sculp­tures and carvings cele­brating the old borough’s heritage. Another New Cross landmark, the Super Kinema, opened in 1925 and is now The Venue nightclub.

Much of the Victorian housing has been subdi­vided into flats, many of which are now occupied by Gold­smiths’ students. Other houses were replaced in the 1970s by council estates and by the 15-acre Fordham Park.

Over the second half of the 20th century many black people settled in New Cross, at first mainly from the Caribbean but later increas­ingly of African origin. The number of black or black British residents now exceeds the number of white British residents, who accounted for 27 per cent of the ward’s popu­la­tion at the last census.

In 1981 fourteen black young­sters died in a fire during a house party in New Cross Road. The police repeat­edly rejected the possi­bility of a racist arson attack and 15,000 people marched through London to protest. The families held the 25th and final annual memorial service in 2006, having decided to focus on private remem­brance and key anniver­saries in the future. The mayor of Lewisham has founded a commem­o­ra­tive bursary scheme in conjunc­tion with Goldsmiths.

Former New Cross residents have included Sir Barnes Wallis, who designed the bouncing bomb used in the ‘Dambusters’ raid in the Second World War, and the actor Gary Oldman, who was born here in 1958.

The New Cross scene (or NXS) was a rock music vogue that flourished briefly here in the early 21st-century, primarily because several pubs in the area regularly hosted live music performances by unsigned artists, which in turn related to the local presence of Goldsmiths. Bloc Party and Art Brut were among the bands described as having emerged from the New Cross scene.

* The picture of New Cross Road at the top of this page is adapted from an original photograph, copyright Henry Zbyszynski, at Flickr, made available under the Attribution 2.0 Generic Licence. Any subsequent reuse is freely permitted under the terms of that licence.