Nowadays known to some as Nunhead Heights, this is an increasingly gentrified residential enclave at the southern tip of Nunhead, bordering Peckham Rye 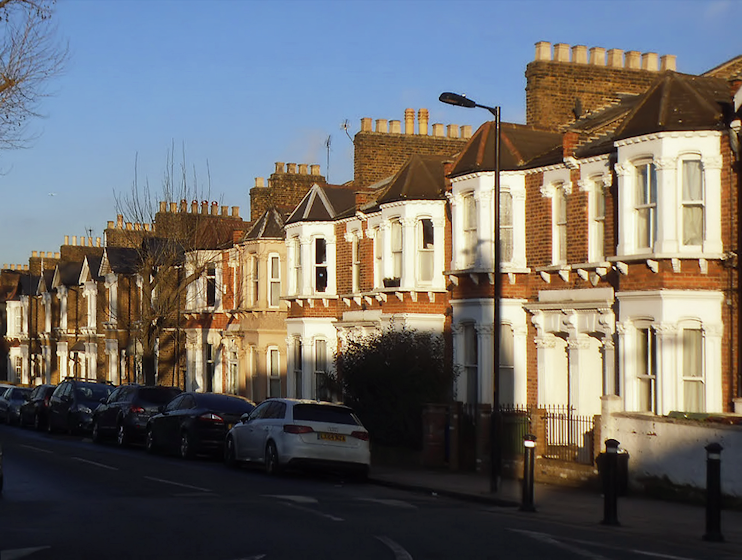 There was almost nothing here but fields until well into the 19th century. One of the local­i­ty’s earliest residents was a Mr EA Dunn, who built Bred­inghurst House at the eastern end of Stuart Road in 1874.

The original Newlands was a late-Victorian estate for the lower middle classes, which evolved in piecemeal fashion in the area north-west of Surrey Road. The estate was unsuc­cessful at first, not least because of the absence of mains drainage; prop­er­ties here still had cesspools in 1883.

The spec­u­la­tive builder Edward Yates laid out the much larger Waverley Park estate from 1884, beginning with Ivydale Road. Yates came from Shrews­bury and Harle­scott Road is named after a village that is now a suburb of that Shrop­shire town.

The housing was followed succes­sively by shops and the Newlands Tavern on Stuart Road, a board school (which is now Ivydale school and chil­dren’s centre), a mission hall on Inverton Road and the Waverley Arms on Ivydale Road.

In 1898 Camber­well council set up London’s first ‘chil­dren’s scattered homes’ scheme, in which pauper children were cared for in family-style groups living in ordinary urban houses – including numbers 1 to 4 Rye Road – rather than being accom­mo­dated en masse in buildings that looked and felt like work­houses. Around 1901 Bred­inghurst House was acquired as a ‘head­quar­ters home’ for the scattered homes.

In 1903 St Silas’ church was built on Ivydale Road. A century later the church was demol­ished owing to subsi­dence caused by clay heave and it was replaced by the present parish church of St Antony with St Silas. The new church’s interior is shown in the photo below. 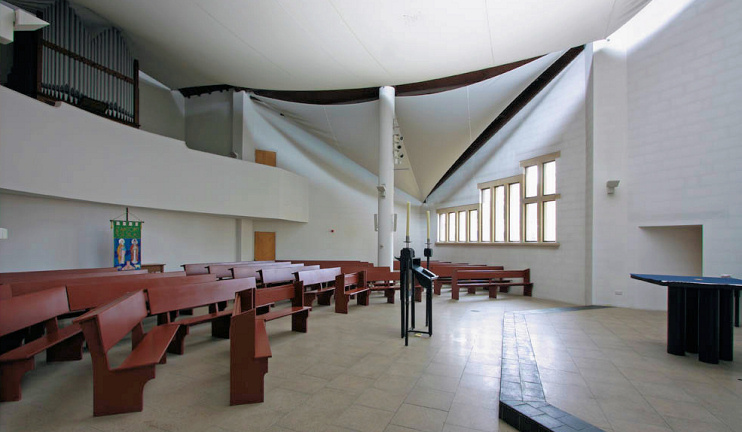 The Newlands Tavern was rebuilt by Truman’s brewery in the mid-1930s. A V1 bomb hit the adjoining row of shops in the afternoon of 1 July 1944, killing 17 people. All the shops were destroyed or damaged beyond repair, and were after­wards replaced by flats.

Bred­inghurst House became a residence for children with learning diffi­cul­ties in 1947, and subse­quently became Bred­inghurst school. The school moved to new premises on the western side of the site in 2011, and was renamed Newlands Academy. The original buildings on the Bred­inghurst site have been replaced by overspill class­rooms for Ivydale school.

The former Newlands Tavern, latterly the Ivy House, was closed in prepa­ra­tion for its conver­sion to apart­ments in April 2012 – but was saved from this fate by a local campaign. The Ivy House reopened in August 2013 as ‘London’s first co-oper­a­tively owned pub’ and the first to be listed as an Asset of Community Value.

* The pictures of terraced houses on Athenlay Road (at the top of this page) and new houses on Ivydale Road (shown in search results) are both adapted from original photographs, copyright Stephen Craven, and the picture of St Antony with St Silas (interior) is adapted from an original photograph, copyright John Salmon, all at Geograph Britain and Ireland and made available under the Attribution-ShareAlike 2.0 Generic Licence. Any subsequent reuse is freely permitted under the terms of that licence.