The south-western corner of Ealing, with a history of fruit-growing and tightrope-walking – and street names that reflect this 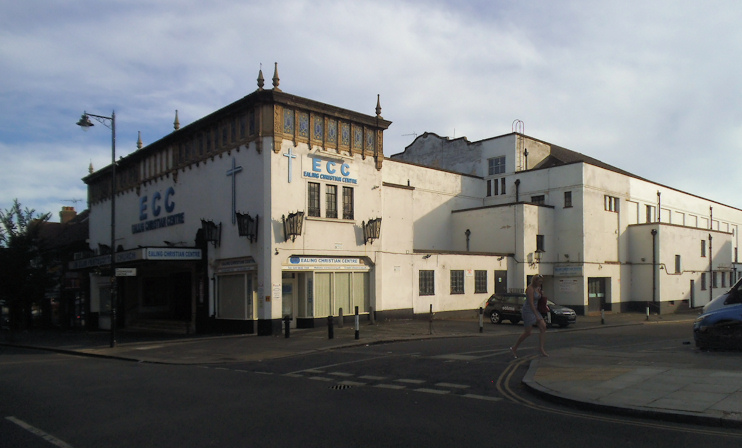 From the 14th century this area was part of the manor of Coldhall, or West Ealing. Great and Little North­fields were two large fields in the late Middle Ages, lying in the extreme west of Ealing parish.

By the mid-17th century North­field Lane (later Avenue) linked Little Ealing with the road to Uxbridge. The manor house of Coldhall probably stood near the southern end of the lane at that time. The Plough inn was in existence by 1722 but has since been rebuilt more than once.

An orchard had been planted in Little North­field by 1738 and in the 19th century the Steel family of market gardeners grew apples across the entire area on an almost indus­trial scale. In the 1870s the family built a fruit-packing warehouse, which survived until recently at the corner of Northcroft Road and North­field Road.

The great French acrobat and tightrope walker Charles Blondin lived in North­fields from 1886 until his death in 1897 in a villa he called Niagara House, a name that commem­o­rated his numerous crossings of Niagara Falls on a tightrope, once stopping midway to cook an omelette and once carrying his manager on his back. Niagara House stood opposite the Plough, probably on the site of Coldhall manor house.

With the coming of electric trams to Uxbridge Road in 1901, the Steels turned property devel­opers and began to grub up the fruit trees and lay out streets, initially between Uxbridge Road and Leighton Road. Julien Road, Wellington Road and Bramley Road, south of North­fields station, are named after cooking apples that the family cultivated.

North­field halt opened after the District Railway was elec­tri­fied in 1908 and was rebuilt as North­fields and Little Ealing station in 1911. When Piccadilly line services began the station was rebuilt again and given its present name, while a main­te­nance depot opened to the west.

Niagara House was demol­ished in the early 1930s and part of its grounds became North­fields recre­ation ground, now renamed Blondin Park. The adjacent Blondin nature area has a community orchard, wild­flower meadow and pond – but no waterfall.

The Avenue cinema was built in 1932 on North­field Avenue and nicknamed the ‘Spanish City’ for its Moorish interior. Later an Odeon and then a Coronet, the cinema was rescued from disuse by its conver­sion to a nightclub in 1981. It has since become the Ealing Christian Centre, which is shown in the photo at the top of this article.*

The North­field ward is the most pros­perous in the borough, with high levels of employ­ment, educa­tional attain­ment and home ownership. At the 2011 census, just over half the ward’s residents were of white British heritage, a propor­tion closely reflected at Fielding primary school on Wyndham Road.

* The picture of Ealing Christian Centre, Northfields, on this page is adapted from an original photograph, copyright David Howard, at Geograph Britain and Ireland, made available under the Attribution-ShareAlike 2.0 Generic Licence. Any subsequent reuse is freely permitted under the terms of that licence.