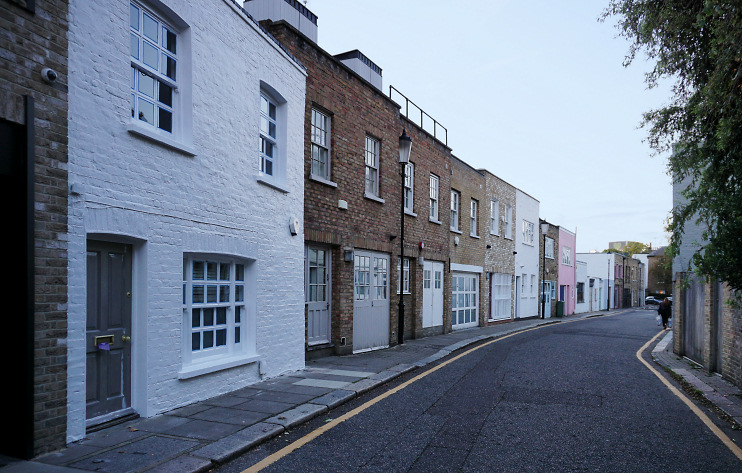 In the mid-19th century this was a brick­making area and Kens­ington Potteries was the largest employer. Gypsies lived here seasonally.

From the 1860s Notting Dale was built up with cheap housing and the new residents scraped a living by taking in laundry or keeping pigs.

The area had a large Irish popu­la­tion and the Roman Catholic church of St Francis of Assisi was built on Pottery Lane in 1860. The archi­tects were Henry Clutton and his pupil John Bentley, who went on to design West­min­ster Cathedral.

The Anglo-Catholic church of St Clement was conse­crated in 1867. It was built from the personal resources of its first vicar, Arthur Dalgarno Robinson, who worked without pay for many years. Designed by JP St Aubyn, the church stands on Treadgold Street.

Having started badly, condi­tions in Notting Dale soon got worse. In 1893 the Daily News reckoned this was the most “hope­lessly degraded” place in London. The social reformer and statis­ti­cian Charles Booth charted terrible hardship just a few hundred yards west of the wealth that radiated outwards from Lansdowne Crescent.

Some of London’s first housing asso­ci­a­tions began their work here and Octavia Hill took over the manage­ment of five run-down houses in St Katherine’s Road. But despite the hard work and good inten­tions of many helpers and bene­fac­tors the under­lying malaise persisted for decades.

Notting Dale’s first Spanish immi­grants were refugees from their country’s civil war in the 1930s, while Caribbeans came soon after the Empire Windrush docked in 1948.

Council flats replaced many of the slums from the 1950s onwards, notably in the form of Henry Dickens Court in 1953 and high-density Lancaster West estate in the late 1960s and early 1970s.

Many Victorian prop­er­ties in Notting Dale have been beau­ti­fully restored, so that parts of the locality now present an upmarket aspect. But most local residents don’t own houses like these: they rent flats in munic­i­pally built blocks that are nowadays managed by a tenant manage­ment organ­i­sa­tion or housing asso­ci­a­tion – including Octavia Housing. 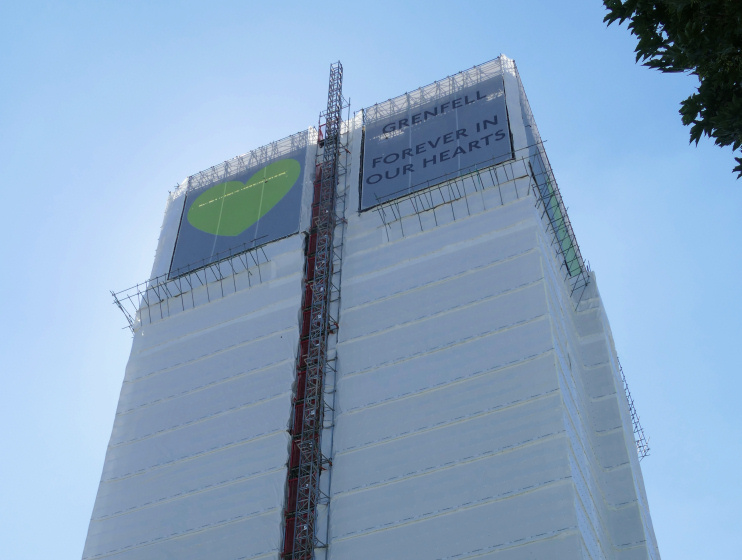 On the night of 14 June 2017 the Lancaster West estate’s Grenfell Tower went up in flames. Seventy people died in the fire, while a baby was stillborn after it and a 74-year-old woman who was rescued from the 19th floor died in hospital on 29 January 2018. The fatal rapidity with which the fire spread was widely blamed on the neglectful indif­fer­ence of the Kens­ington and Chelsea Tenant Manage­ment Organ­i­sa­tion, which was entrusted to maintain the estate, and on the Royal Borough of Kens­ington and Chelsea Council, which was supposed to oversee the work of the KCTMO. Shown in the photo above, shrouded in white plastic sheeting, the burnt-out shell of the tower is likely to be replaced by a permanent memorial to the victims of the fire.

The footballer Les Ferdinand grew up on the Lancaster West estate.

Postal district: W11 and W10
Further reading: Shaaron Whetlor, The Story of Notting Dale: From Potteries and Piggeries to Present Times, Kensington and Chelsea Community History Group, 1998
See also: Latimer Road, for more on the western side of Notting Dale

* The picture of Grenfell Tower on this page is cropped from an original photograph, copyright Loz Pycock, at Flickr, made available under the Attribution-ShareAlike 2.0 Generic Licence. Any subsequent reuse is freely permitted under the terms of that licence.