The property on the Monopoly board that nobody wants, the Old Kent Road runs from east Newington to New Cross Gate 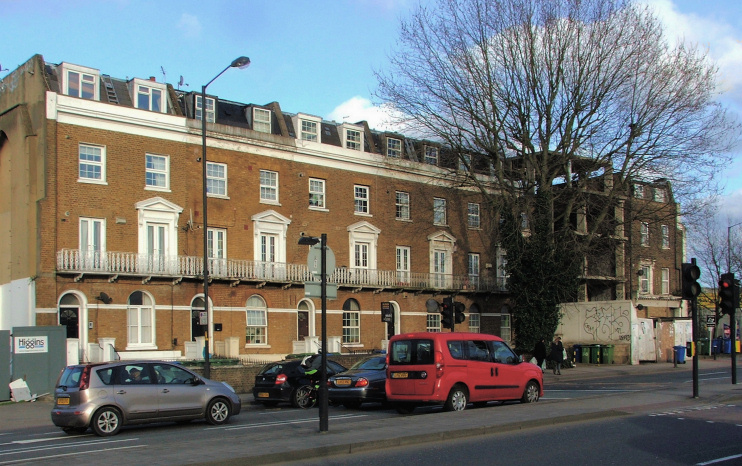 The road closely follows the line of the medieval route to Canter­bury and formerly crossed the River Neckinger, which now runs under­ground. It was at that ford that the pilgrims watered their horses in Chaucer’s Canter­bury Tales.

The road developed in an irregular fashion during the 19th century, with housing ranging from the elegant to the jerry-built, and factories that produced textiles and chemicals. From the 1840s the road’s largest employer was the South Metro­pol­itan Gasworks, which was run first by Thomas Livesey and then by his son George. The phil­an­thropic George Livesey intro­duced a profit-sharing scheme for workers and donated a library on the Old Kent Road; 7,000 people attended his funeral in 1908.

Old Kent Road and Hatcham station stood near the corner of Ilderton Road but it closed temporarily in 1917 and never reopened. The vitality of the road declined in the second half of the 20th century as its indus­tries departed. Several commer­cial estates still operate but other sites lay derelict for more than a decade until they were taken over by retail warehouses.

The North Peckham civic centre was built at 600–608 Old Kent Road in the mid-1960s. It has been called “by far the finest 20th century building on the Old Kent Road” – although it doesn’t have much compe­ti­tion for that accolade. However, though its archi­tec­ture may be unre­mark­able, the exterior is adorned with a marvel­lous ceramic mural by Adam Kossowski depicting the road’s history. A Polish refugee, Kossowski mostly created murals for Catholic churches and his work has a stained glass look about it. His Old Kent Road mural was grade II listed in April 2017, which – Hidden London hopes – means that it will be preserved even if the building itself (now an evan­gel­ical church) is demol­ished, as has recently been proposed. The slideshow below features selected details from the mural. 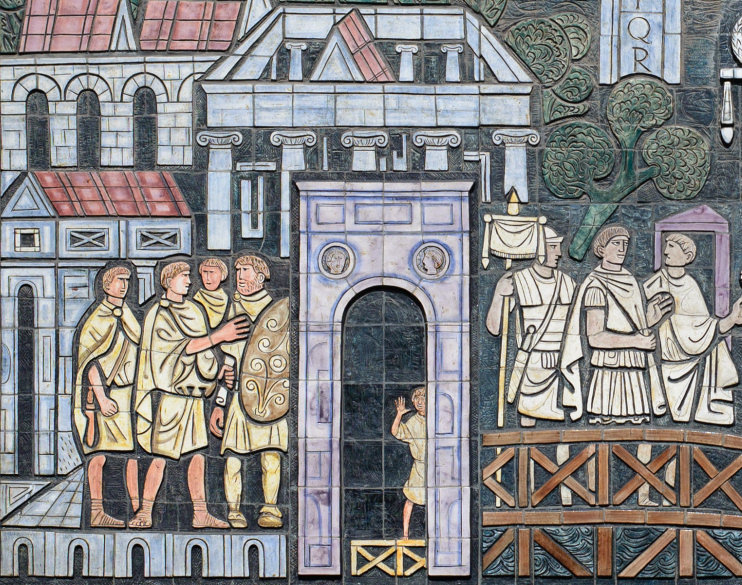 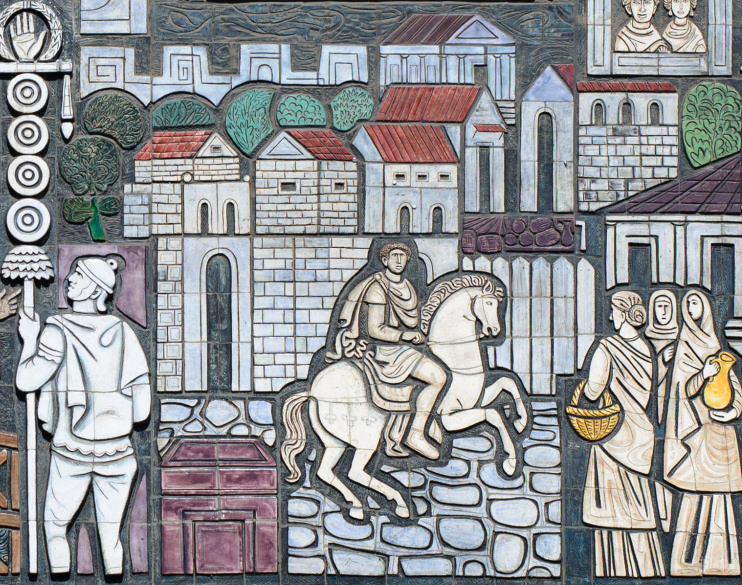 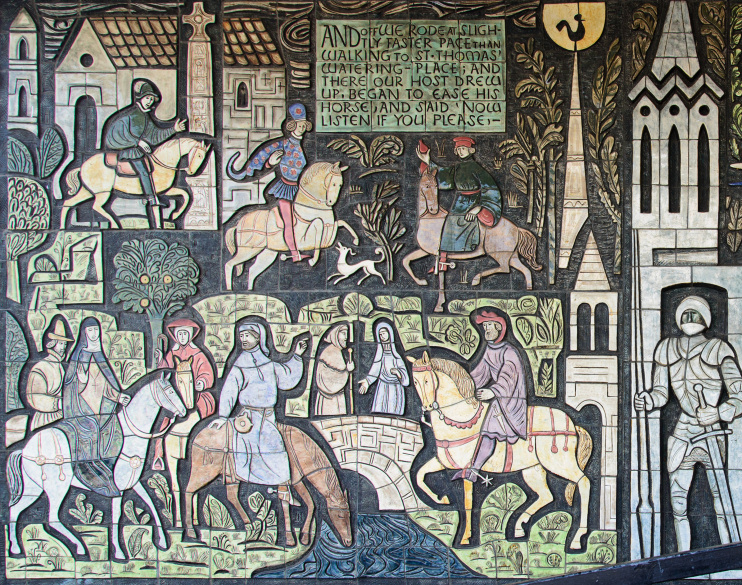 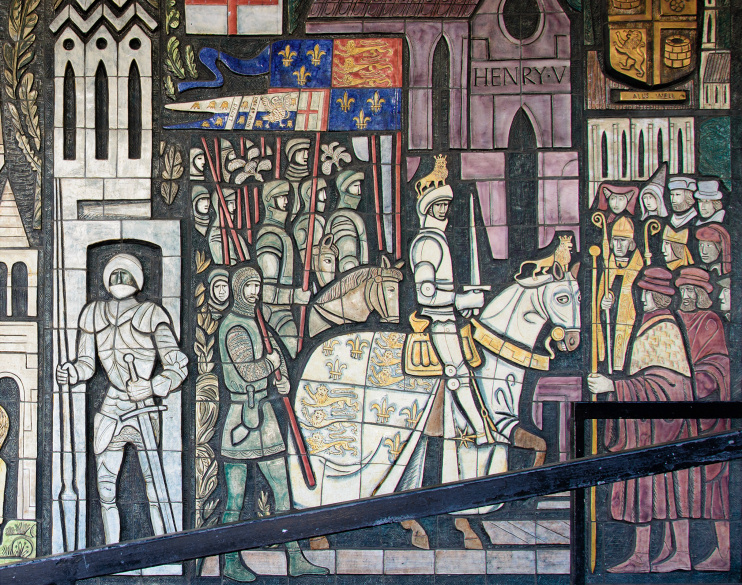 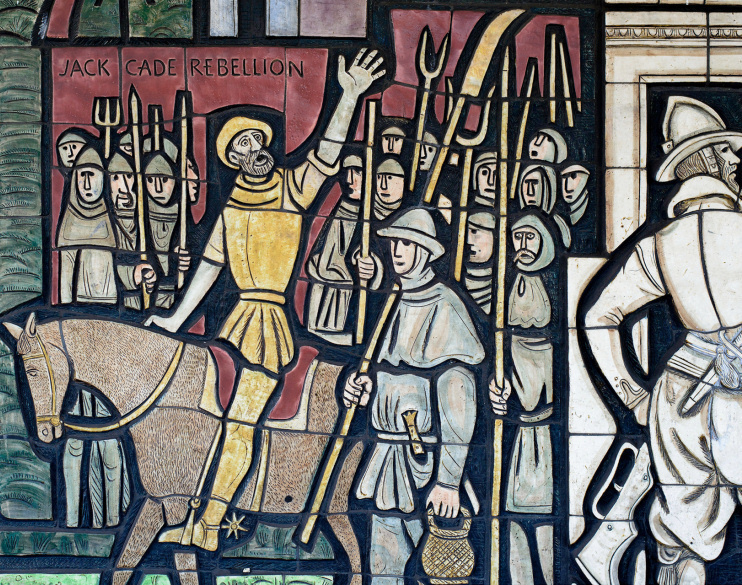 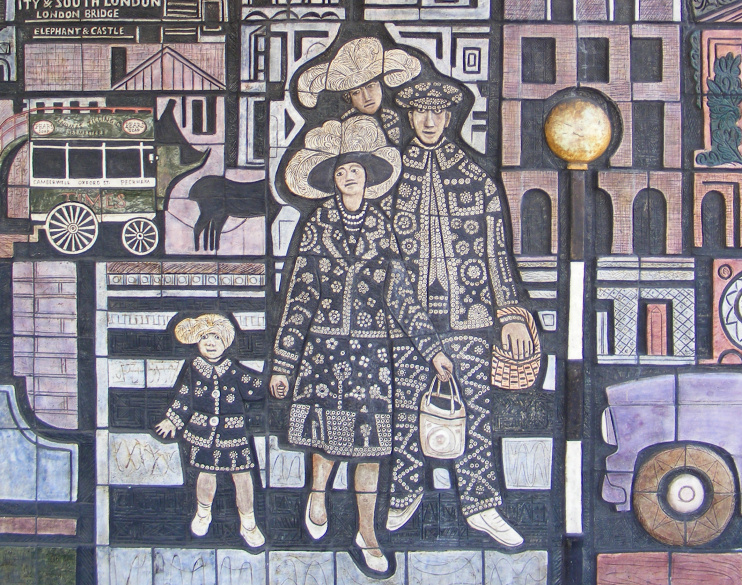 The Astoria cinema closed in 1968 and was demol­ished in 1984 and replaced by a DIY super­store. The Cantium retail park opened in 1992.

Once known for eels, pie and mash, the Old Kent Road is nowadays popular for its clubs and other forms of nightlife. Marcia Road is a note­worthy recent project by Galliard Homes; its four-bedroom town houses replicate prop­er­ties that stood here before but that had become too dilap­i­dated for renovation.

The proposed Bakerloo line extension to Lewisham – with two new stations on the Old Kent Road – would almost certainly increase the area’s desir­ability and of course its property prices.

Postal districts: SE1 and SE15
Website: Vital OKR – ‘a voice for the economy of the Old Kent Road’, but only sporadically updated

* The picture of the Old Kent Road at the top of this page is adapted from an original photograph, copyright Chris Whippet, at Geograph Britain and Ireland, made available under the Attribution-ShareAlike 2.0 Generic licence. The slideshow images of the history of the Old Kent Road mural are adapted from photographs at Flickr, made available under the Attribution 2.0 Generic licence. The pearly family detail is by Paul Simpson and the other images are all by Richard Brooks. Any subsequent reuse of the images is freely permitted under the terms of the respective licences.