The western side of St Mary Cray, north of Orpington 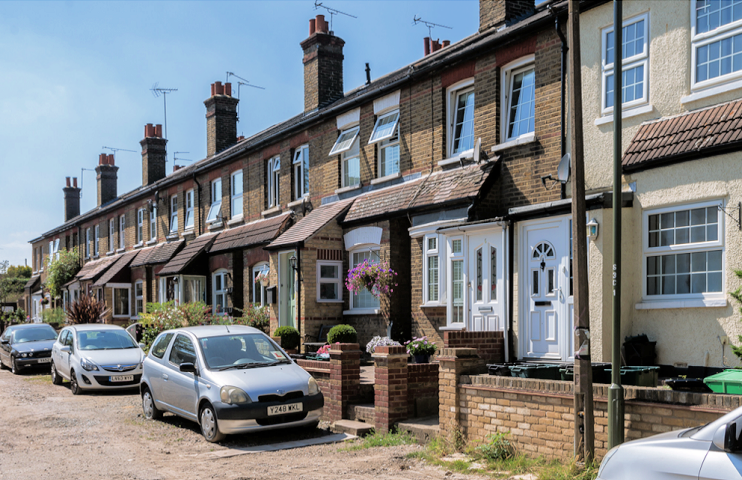 The remains of Romano-British villas and a bathhouse have been uncovered between Poverest Road and Belle­field Road, and are now protected inside a glorified shed (and viewable from outside it). The bathhouse was in use from around ad270 to ad400 and probably served a small farmstead that extended south­wards. An Anglo-Saxon burial ground to the north and east of the bathhouse was in use between the mid-fifth and sixth centuries.

Margaret de Pouery owned a manorial estate here in 1327 and the locality’s name is a corrup­tion of hers, via the form ‘Poverish’ in the 19th century, when the vicinity remained wholly agricultural.

Terraced cottages were built to house workers of the paper mills beside the River Cray and micro-local­i­ties gained colourful nicknames like Sloper’s Island and Dipper’s Slip.

The Fordcroft estate was laid out from 1882, with plots for 217 homes and a tavern, although most of the homes were never built and the tavern opened as a grocer’s instead.

In 1892 Orpington Baptist church opened the Fordcroft mission hall, which is now in community ownership as Poverest Coro­na­tion Hall.

The first council houses were built imme­di­ately after the First World War and a flurry of resi­den­tial devel­op­ment followed the construc­tion of the Orpington bypass (Cray Avenue) in the mid-1920s.

New roads were given names inspired by the presence of a spinney called Robin Hood Shaw and shops were built on Marion Crescent. Commer­cial enter­prises tended to consist of busi­nesses such as scrap­yards, coal merchants, hauliers and demo­li­tion specialists.

In the late 1950s Orpington council compul­so­rily purchased most of the houses on the Fordcroft estate and rehoused the residents in Ramsden. Unusually, much of the area that was cleared was left as open space – but this may have been a conse­quence of inertia rather than a consid­ered decision not to redevelop the sites.

Local shops have faced the usual diffi­cul­ties as a result of compe­ti­tion from nearby super­stores and Poverest Road post office closed in 2004.

At its 2013 inspec­tion, Ofsted judged Poverest primary school to require improve­ment in several areas. The school then underwent a complete change of senior lead­er­ship and was rated ‘good’ on its next inspec­tions, in 2014 and 2018. 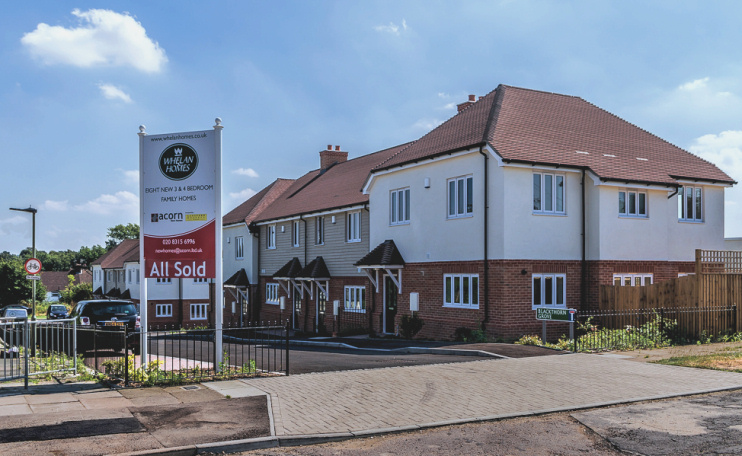 In 2016 Whelan Homes built eight houses in a corner of the grounds of a Thames Water pumping station. Shown in the photo­graph above,* the prop­er­ties line one side of the newly created Black­thorn Grove. Belle­field Road also has recently built houses while Marion Crescent has “a stunning collec­tion of brand new one and two bedroom contem­po­rary apartments.”

* The pictures of Cross Road and Blackthorn Grove are both slightly modified from original photographs, copyright Ian Capper at Geograph Britain and Ireland, made available under the Attribution-ShareAlike 2.0 Generic Licence. Any subsequent reuse is freely permitted under the terms of that licence. The two images are selected from Mr Capper’s excellent series of annotated photos of the whole Poverest locality.