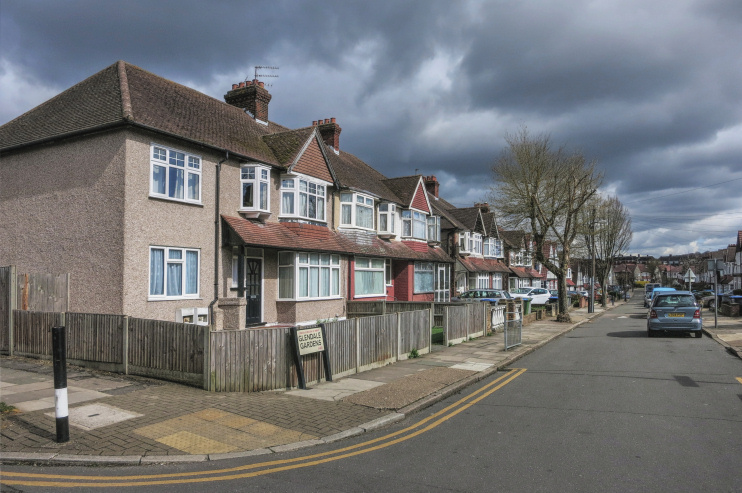 Preston’s name meant ‘priest’s farmstead’ and Domesday Book recorded the presence of a landowning priest in the district.

A settle­ment was in existence here by the mid-13th century, when the hamlet of Uxendon had also appeared, just to the east. The Babington plot to assas­si­nate Elizabeth I was hatched and foiled at Uxendon, with the resultant execution of 14 conspirators.

John Lyon, the yeoman who founded Harrow school, lived at Preston in the 16th century and bequeathed his farm to provide funds for the upkeep of the school. The Horseshoe inn gained a licence in 1751, when houses had begun to cluster around the green.

Preston House was built early in the 19th century and its subse­quent tenants included a surgeon, a cigar importer and a solicitor. Encroach­ments reduced the size of the green, while the vicinity remained agri­cul­tural, with farms shifting increas­ingly to the produc­tion of hay for London’s horses.

George Timms acquired Preston House in 1880 and turned the grounds into a tea garden, which survived into the 20th century. A proposal to build a station on the Metro­pol­itan Railway was vetoed in 1896 because the locality remained so sparsely populated. A wooden halt opened to serve the shooting events of the 1908 Olympic Games, which were held at Uxendon Farm.

In the 1920s and early 1930s Harrow school and Oxford’s Christ Church college sold their Preston estates, while Wembley council upgraded the country lanes. Shops and the Preston Park Hotel (now The Preston) were built in the late 1920s, with many more shops following in the 1930s, together with a primary and secondary school.

A proper station was built at Preston Road in 1931 in response to the rapid spread of housing across the district. A Liberal synagogue (now Mosaic liberal synagogue) opened in 1947 to serve the substan­tial Jewish community and the Church of the Ascension was conse­crated a decade later and was recently grade II listed. A council estate replaced Lyon’s Farm in the early 1960s, when Preston House was also demolished.

No single ethnic group is in a majority in Preston, although the white and Indian groups together make up nearly two-thirds of the total popu­la­tion. The majority of the Indian popu­la­tion is Hindu. At Preston Park primary school 45 languages are spoken, some of the most common being Gujarati, Urdu, Japanese, Tamil, Somali and Arabic.

Preston’s name is not widely used locally – the neigh­bour­hood is generally consid­ered to be part of either Kenton or North Wembley.

* The picture of Glendale Gardens on this page is adapted from an original photograph, copyright Des Blenkinsopp, at Geograph Britain and Ireland, made available under the Attribution-ShareAlike 2.0 Generic Licence. Any subsequent reuse is hereby freely permitted under the terms of that licence.