The north-west corner of Arkley, right on the border with the Hertfordshire’s borough of Hertsmere 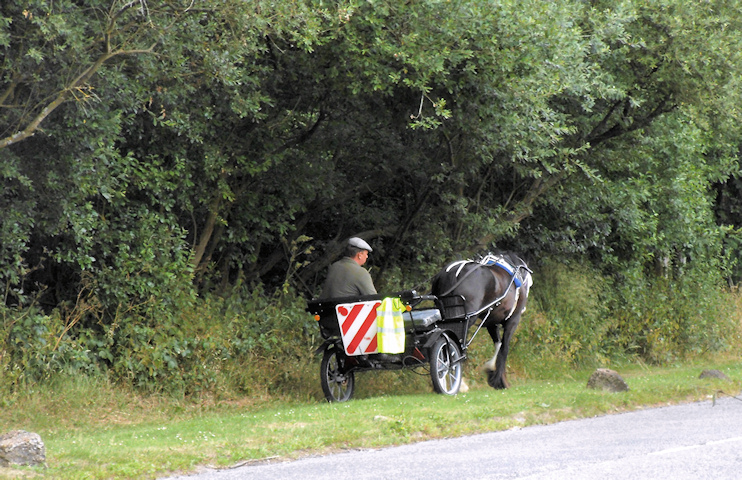 The first half of Rowley Green’s name dates from the late 13th century, and derives from words meaning a ‘rough woodland clearing’. The later second part indicated the presence of a village green, which was lost to trees and shrubs when cattle grazing stopped after the Second World War.

Most of Rowley Green’s prop­er­ties date from the mid-20th century and are of little archi­tec­tural merit. The most notable exception is Trinders Lodge, which was built around 1830 and is grade II listed.

The remark­able Arkley water tower – described by Diamond Geezer as “alien concrete on stilts” – was built in 1965 at the junction of Rowley Lane and Rowley Green Road, and is visible in the satellite image below. It was the work of the Scherrer and Hicks archi­tec­tural practice, which made something of a speciality of distinc­tive water towers, including one in Cock­fos­ters and matching shut­tle­cock-shaped struc­tures in Tonwell, Hert­ford­shire, and Charlestown, New South Wales.

Adjacent to Arkley golf course, the twelve-acre Rowley Green Common is a remnant meadow with two large ponds and a bog formed from old gravel diggings, surrounded by mature oaks and birches. Bogs, it should be noted, are very rare in London. The common was made a local nature reserve in 1991 and thus accorded statutory protection.

Rowley Lane and Rowley Green Road are loosely lined with spacious homes, many of which possess five or more bedrooms and fetch prices well in excess of a million pounds. According to the website Mouseprice, Rowley Lodge sold for £2.5m in 2003 and Abbotsley Manor sold for £1.75m in 2011. Numbers 16 and 24 Rowley Green Road each sold for over £2 million in 2017.

For most of his adult life, the prolific actor Trevor Howard lived at Rowley Green House, conveniently close to Elstree film studios – and to the Gate public house in Barnet Gate.

* The picture of a horse and buggy on Rowley Lane on this page is adapted from an original photograph, copyright David Howard, at Geograph Britain and Ireland, made available under the Attribution-ShareAlike 2.0 Generic Licence. Any subsequent reuse is freely permitted under the terms of that licence.