Central London’s second largest square, located to the north-east of the British Museum in Bloomsbury 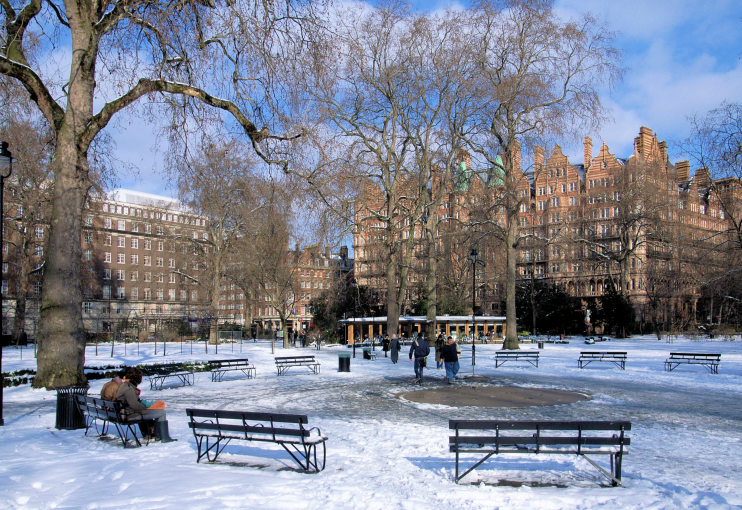 The Russell family, earls of Bedford from 1550, gained posses­sion of Blooms­bury by marriage into the Southampton family in 1669. The area remained mostly open fields until the mid-18th century.

The square was laid out in 1801 by Humphry Repton on land earlier called Southampton Fields, and subse­quently Long Fields. James Burton was the designer of the original buildings that surrounded the square, only a few of which now remain.

Russell Square quickly became one of London’s most desirable places of residence, home to the highest of high society. It is the prime setting for the events of Thackeray’s Vanity Fair, which is set at the time of the Napoleonic Wars. “But the tide of fashion has rolled westward,” wrote Charles Knight in 1843, “and left Russell Square to be inhabited by the aris­toc­racy of the City and the Inns of Court.” Knight added that “the scien­tific section of London literary men” had been attracted here too, by the square’s proximity to the London Univer­sity and the British Museum.

In 1852 the trustees of the British Museum proposed to extend the building north-eastward – a plan that would have involved buying and demol­ishing a number of houses in Montague Street and at the south-west corner of Russell Square. In the end they decided to create more internal space by filling in the central quad­rangle, while at the same time moving the natural history collec­tion to a new home in South Kensington.

A cabmen’s shelter was erected at the square’s north-western corner in 1897 – and survives to the present day. 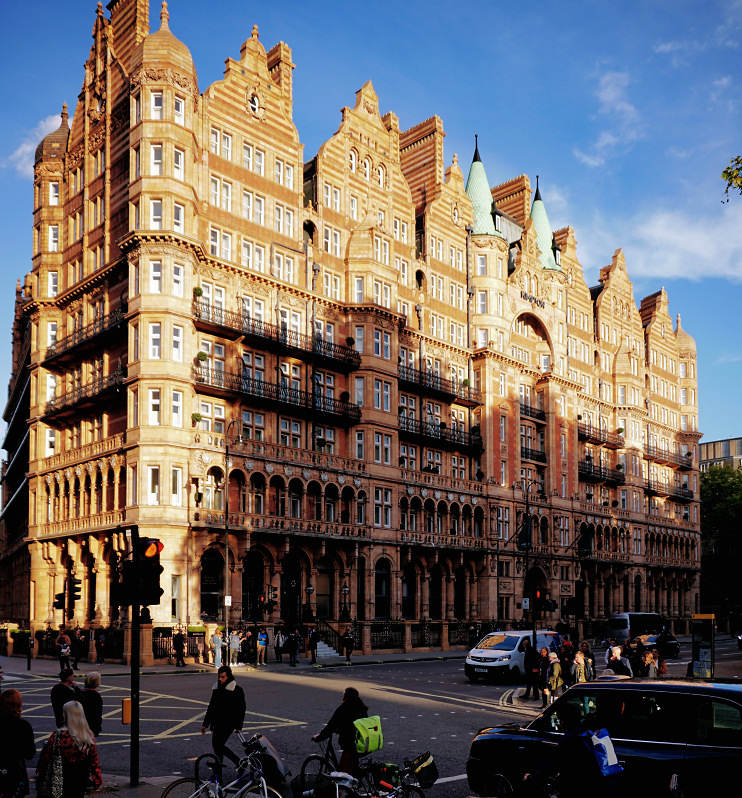 Built at the start of the 20th century, the Russell Hotel is a chateau-style terra­cotta extrav­a­gance, regarded as the finest work of the architect Charles Fitzroy Doll. The hotel is presently called the Kimpton Fitzroy London but hopefully it will one day regain its original name.

Russell Square Gardens were relaid in 2002, returning them to something like their appear­ance in the early 1800s by repro­ducing the original twisting paths and planting new lime trees. Low branches were removed from some older trees and the park was better lit and once again railed and gated.

TS Eliot worked for nearly forty years for the publishers Faber and Faber at 25 Russell Square, a building now occupied by the School of African and Oriental Studies.

* The picture of Russell Square Gardens in the Snow, on this page is adapted from an original photograph, copyright Steve Cadman, at Flickr, made available under the Attribution-ShareAlike 2.0 Generic Licence. Any subsequent reuse is freely permitted under the terms of that licence.