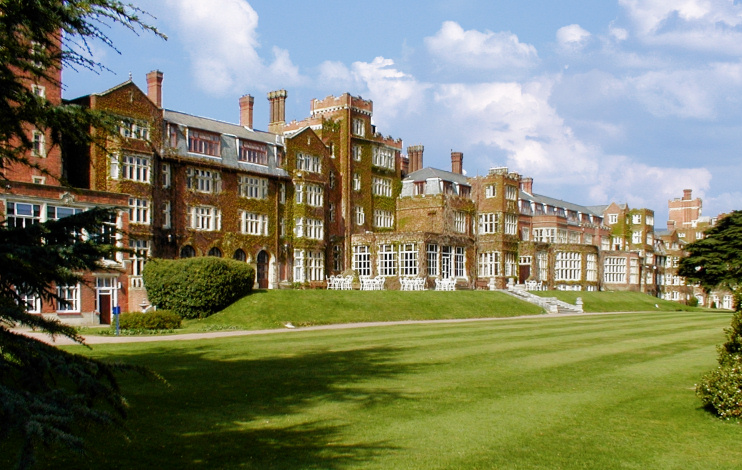 Selsdon’s name could have meant ‘dwelling on a hill’ – the locality occupies very high ground by London standards, some of it above 500 feet.

Most of Selsdon used to be a single farm covering more than one square mile, owned for a long time by the Church. Its woodland was used for pheasant shooting in the 19th century, with clearings and rides that can still be seen. In 1923 the farm was sold off and split up. The early-19th-century farmhouse-cum-mansion became the Selsdon Park hotel and was much extended (see the photo­graph above), and its parkland was laid out as a golf course in 1929.

Subsidised by the local council, the Surrey Garden Village Trust bought 300 acres of the farm with the aim of dividing it into parcels where war veterans could settle and make a living off the land. (The trust launched a similar scheme in what is now Forest­dale.) Unlike most other garden villages, Selsdon was uncon­nected to an existing suburb and new residents had to travel to Sander­stead or Croydon to do their shopping. The plots of land turned out to be too small for their intended purpose but made wonderful back gardens.

When devel­opers started to clear more of Selsdon Wood in 1925, campaigners launched an appeal to preserve 16 acres. An unex­pected degree of success permitted the acqui­si­tion of nearly 200 acres, which were presented to the National Trust, with the local authority taking respon­si­bility for their main­te­nance. North of Addington Road, Little­heath Woods were similarly saved in 1932.

Founded in 1874, Croydon high school moved to a 20-acre site north of the Selsdon Park hotel in 1966 and has since added several more buildings, as schools tend to do.

Selsdon station – which closed in 1983 (when it was still lit by gas lamps) – was nowhere near here. Opened in 1885 as Selsdon Road, it was on the unsuc­cessful Woodside and South Croydon Railway.

In 2022 the real estate invest­ment company Aprirose acquired the Selsdon Park hotel, with plans for a lifestyle concept makeover along the lines of a previous venture at Theobalds House in Cheshunt, Hertfordshire.

In February 1970 Conservative leader Edward Heath convened his key advisors at the Selsdon Park hotel to draw up a new manifesto with an emphasis on tax cuts and free market economics. Labour prime minister Harold Wilson saw this as the thinking of a political Neanderthal – whom he branded ‘Selsdon Man’ – but Heath won the election four months later.