A privately developed housing estate situated on the eastern edge of Selsdon, and sometimes considered to be part of Addington 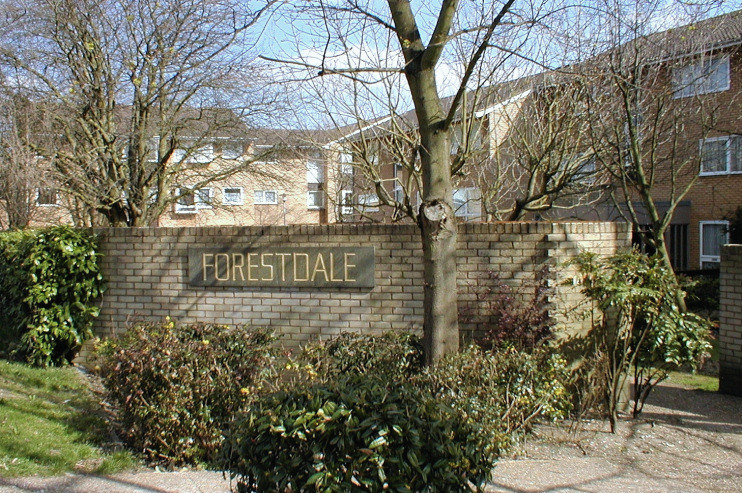 Forest­dale is separated from New Addington by Addington Court golf course, which was the first privately run golf course to be opened to the general public when it was estab­lished in 1932.

From the 1920s the open land here was acquired for conver­sion to small­hold­ings for use by ex-servicemen. The scheme came to an end in the mid-1960s, soon after which the flats and houses of Forest­dale replaced the allot­ments, nurseries, piggeries and sheds. The Forest­dale name seems to have been conjured out of thin air by the devel­opers. There is no record of its use here before the 60s, nor was there a forest of any serious kind – just a few acres of trees in Court Wood and Lady Grove.

Wates added a devel­op­ment in the mid-1970s that won an industry award for the pioneering solar heating system installed in three of the houses.

Since the opening of Croydon Tramlink in 2000, a ‘gradient of desir­ability’ has arisen, with the value of prop­er­ties being influ­enced by their proximity to tram stops, primarily the one at Gravel Hill, at the top of the map below.

Looking like a cross between a scout hut and a bomb shelter, the Forest­dale Forum stands at the corner of Bardolph Avenue and Pixton Way. The Forum hosts the meetings of several local clubs and societies and its hall is available to hire for events and parties.

The Forest­dale Centre is a shopping precinct located near the junction of Feath­erbed Lane and Selsdon Park Road. In addition to the Forest­dale Arms pub, the centre is graced by McDermott’s, which in 2012 won the award for Inde­pen­dent Fish & Chip Restau­rant of The Year.

Plans to demolish the Forest­dale Arms and replace it with a restau­rant and drive-through takeaway were rejected by Croydon council planning officers in March 2018.

According to Ofsted, Forest­dale primary school serves a very diverse community, with almost half the pupils coming from minority ethnic back­grounds, though most pupils speak English as their first language. However, the school’s make-up does not reflect the demo­graphics of Forest­dale as a whole, where almost three-quarters of residents are white British.