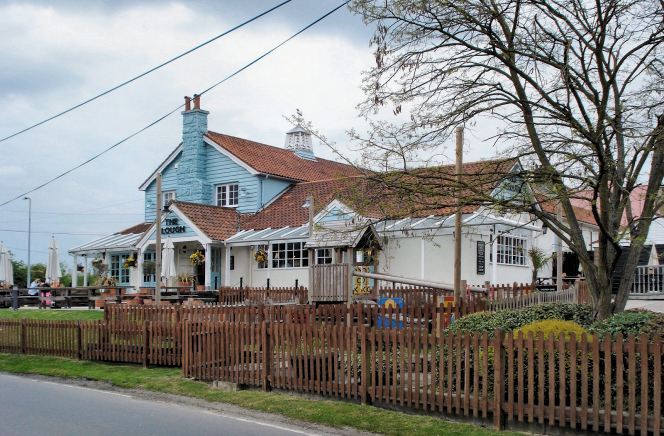 The discovery of a dug-out oak canoe indicates the possi­bility of an Iron Age settle­ment here. The village’s name derives from ‘Seward’s ton (farmstead)’.

The manor of Seward­stone occupied the southern part of the parish of Waltham Holy Cross and it was first recorded in 1177, when Henry II made a grant of land here to the canons of Waltham Abbey. The manor held its own courts from the 13th century. The hamlet lay on the old route to the abbey from Chapel End in Waltham­stow and one of the earliest recorded dwellings here was the Penten­sary, which was the home of the abbey’s pittancer. A pittancer’s job was to distribute pittances, which were orig­i­nally pious bequests made to religious houses.

Other prop­er­ties standing here in the late 17th century included the Nether­house in Seward­stone Road and Carrolls at Seward­stone Green, which are both recalled in the names of present-day farms. In 1674 the manor was purchased by James Sotheby, who was a noted anti­quarian and book collector, although not appar­ently connected with the auction­eers of the same name. His son William Sotheby was a trans­lator of the classics and a poet. The manor remained in the hands of the Sotheby family for over 200 years.

There was a silk factory here in 1806, to which poor boys and girls were sent from Enfield’s Chase Side workhouse. By 1813 Chingford post office was deliv­ering mail to Seward­stone, which was the origin of its inclusion in the E4 postal district. Waltham school board built a primary school here in 1874 but this closed in 1939, after which children had to travel to a new school in Yardley Lane.

In addition to its farms and some desirable resi­den­tial prop­er­ties, Seward­stone is adorned by a string of nurseries (of the horti­cul­tural kind) in the northern half of the village, both retail and wholesale, including North­fields and Beechside.

Shown in the photo­graph at the top of the page,* the Plough public house is located at the corner of Seward­stone Road and Mott Street, at the extreme northern end of the E4 postal district. (Click here to see the pub’s location, and the postal district boundary, on Streetmap.) The Plough has been a McMullen pub since 1917 and was rebuilt in 1980.

The Seward­stone Marsh nature reserve is part of the Lee Valley regional park. The park authority also runs a campsite nearby and describes the marsh as “real gem and quite a rarity in modern Britain – a wetland habitat where you can enjoy discov­ering thriving popu­la­tions of amazing animals and plants.” It is also popular with bird­watchers and is traversed by section 18 of the London Loop. Godwin Close, off Seward­stone Road, provides access to the marsh.

* The picture of The Plough public house is adapted from an original photograph, copyright Phil Gaskin, at Geograph Britain and Ireland, made available under the Attribution-ShareAlike 2.0 Generic Licence. Any subsequent reuse is hereby freely permitted under the terms of that licence.