Now the north-eastern part of Wapping, but once a separate Tower hamlet 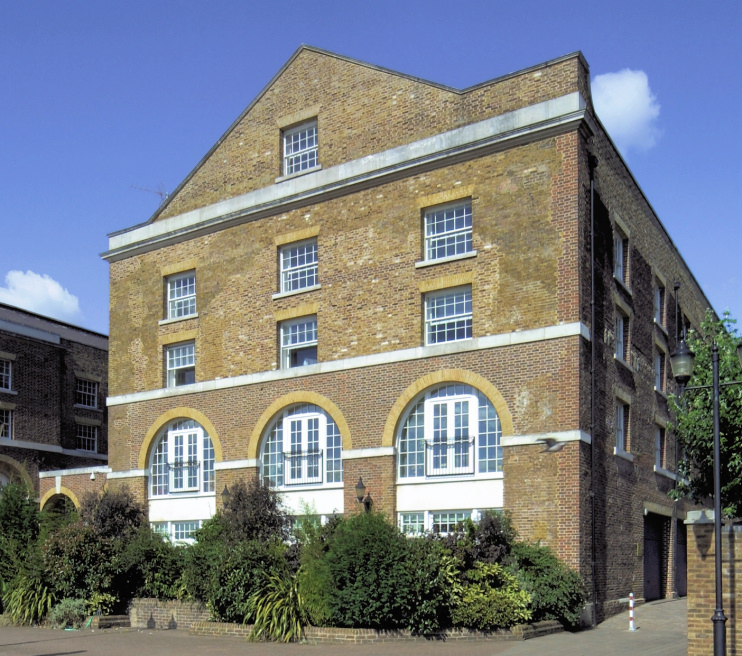 Shadwell’s Old English name means ‘shallow well’. Archae­o­log­ical exca­va­tions have revealed evidence of a Roman quarry here, subse­quently used as a cemetery, with a mausoleum tower. By the third century the area had been divided into plots, where domestic resi­dences were built. A leather bikini has been discov­ered in a timber-lined tank dating from the fourth century. After this period the site was abandoned to agri­cul­tural use.

A succes­sion of Norman landowners amassed an estate here that Bishop de Faucon­berg bequeathed to the dean and chapter of St Paul’s Cathedral on his death in 1228. Further augmen­ta­tion brought the property to nearly a hundred acres by the end of that century.

Shown in the photo below, the picturesque Prospect of Whitby (as the pub is now called), may date from around 1520, although it has since been rebuilt and ‘re-antiqued’. Maritime indus­tries brought growth to Shadwell from the 1630s and a chapel was built in 1656. 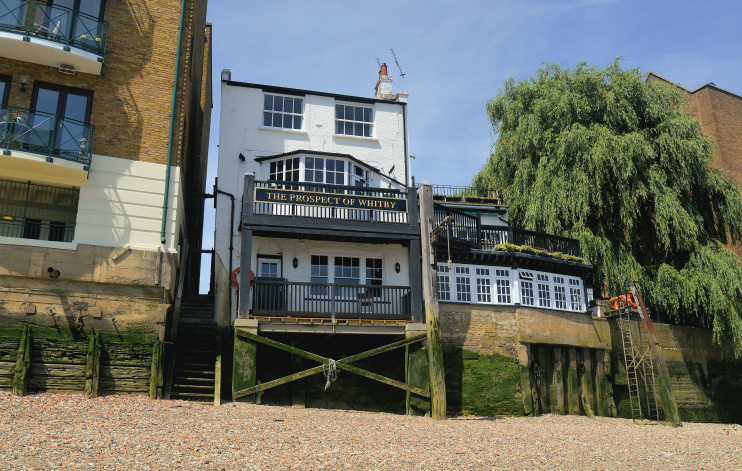 Shadwell became a parish in 1669, when its 8,000 residents included many seafarers. St Paul’s church – which recalls the identity of the former landowners – was built in 1820, by which time condi­tions in the parish had become insan­i­tary. Phil­an­thropists converted a building in Glasshouse Fields to one of London’s earliest public wash houses in the 1840s.

In London: A Pilgrimage (1872), Blanchard Jerrold wrote of “the densely-packed haunts of poverty and crime – in the hideous tenements stacked far and wide, round such insti­tu­tions as the Bluegate Fields ragged schools in Shadwell.” Some of the slums disap­peared in the construc­tion of the docks in the 1850s and more were cleared in the 1860s but the character of the district did not funda­men­tally alter until after the Second World War, when council blocks sprouted in all corners.

The archi­tec­ture has changed and pockets of gentri­fi­ca­tion have evolved, but many of Shadwell’s residents still live in disad­van­taged circum­stances. At the 2011 census, 44 per cent of residents were of Bangladeshi birth or descent and 23 per cent were white British. Islam is the principal religion, followed by Chris­tianity. No other faith has a signif­i­cant number of adherents here.

The picture of the Prospect of Whitby on this page was cropped from a photograph by Barry Marsh, posted at Flickr, and generously released into the public domain.