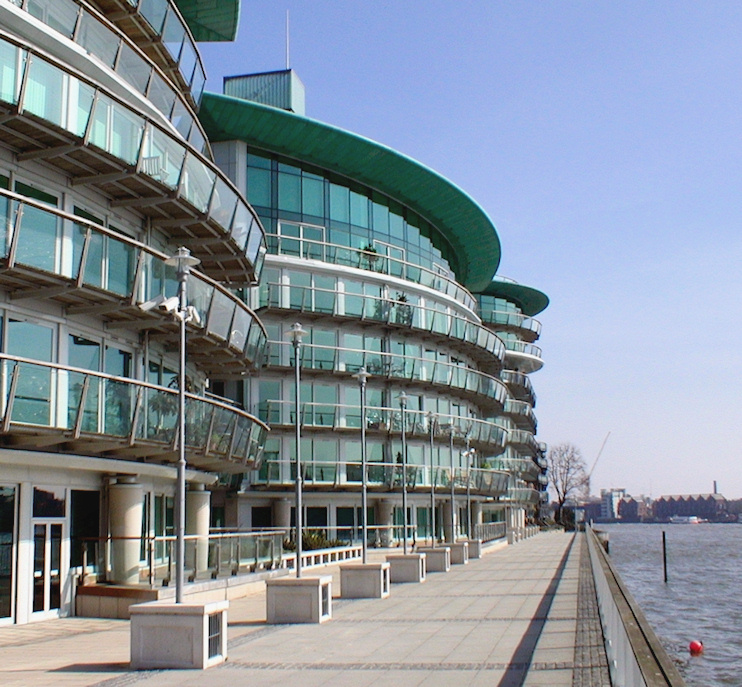 Wapping’s name was first recorded c.1220 and may have derived from words meaning ‘the settle­ment of Wæppa’s people’. Alter­na­tively, it may have meant ‘marshy place’, via a connec­tion with the Old English word wapol. The principal argument against the latter etymology is that the original settle­ment stood on an elevated gravel terrace, around what became the Highway. It was not until 1395 that the construc­tion of a wharf sowed the seeds of a 15th-century riverside hamlet called Wapping-on-the-Woze (mud).

Full-scale water­front devel­op­ment with store­houses and tenements followed the draining of Wapping Marsh around 1540 and the newer village outgrew its prede­cessor, ulti­mately appro­pri­ating its name.

Convicted mutineers and pirates were brought from Marshalsea Prison in Southwark to Wapping’s Execution Dock, where they were hanged. Their bodies were then left in cages while three tides washed over them. Captain William Kidd was dispatched in this fashion in 1701 and a modern riverside pub is named after him.

The maritime explorer Captain James Cook lodged near Wapping Lane in the 1750s. Cook was the mate of a Whitby merchantman that was lying off Wapping when he joined the Royal Navy as a seaman on the Eagle. He returned to Wapping in 1762 to marry a local girl.

London Dock was constructed at Wapping between 1800 and 1815 (opening in 1805) and specialised in rice, tobacco, wine, wool and brandy. 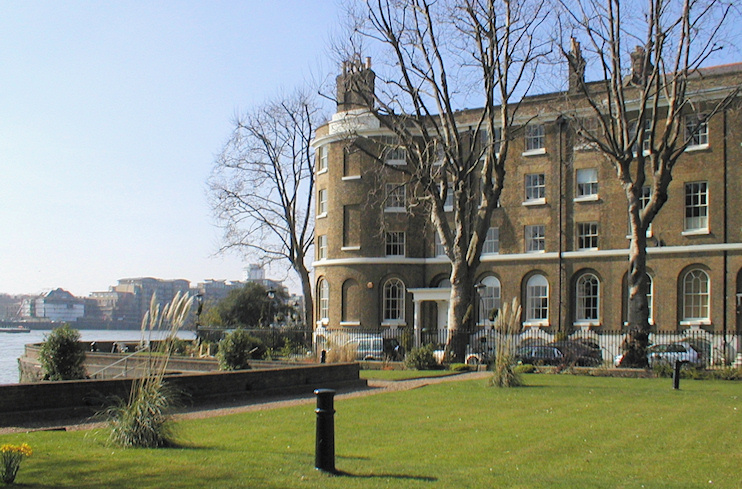 Daniel Asher Alexander designed two terraces of dock officials’ houses either side of the entrance to the dock at Wapping Pierhead, built in 1811–13. One of these is shown in the photo above, with a lawn now covering the former dock entrance. The vicinity inevitably became over­crowded and was allowed to dete­ri­o­rate until the London County Council imple­mented a compre­hen­sive slum clearance scheme in 1926.

The dock closed in the late 1960s, and its basins were mostly filled in, although some stretches of deco­ra­tive waterway have been retained.

When Rupert Murdoch’s News Inter­na­tional estab­lished its printing works here in 1986, the ‘Wapping dispute’ grabbed the headlines as sacked workers and their supporters picketed the plant – nicknamed ‘Fortress Wapping’ – for a year.

House­builders squeezed the maximum possible number of apartment blocks, town houses and warehouse conver­sions into Wapping’s winding streets during the last two decades of the 20th century, targeting most of these at young profes­sionals, but some units were initially reserved for local people.

In 2008 News Inter­na­tional moved its printing operation to Cheshunt, Hert­ford­shire. The property developer St George submitted a planning appli­ca­tion for the former print­works in 2013, proposing to create a “mixed use and resi­den­tial led devel­op­ment” of the type that usually mate­ri­alises on such sites in modern London, with 1,800 new homes, a school, the retention of a grade-II listed warehouse (visible in the CGI below) and a new civic square at the main entrance, which will host occa­sional cultural events. Work on the London Dock scheme is now well under way but will take several more years to complete.

Wapping Lane and Wapping High Street now have fash­ion­able restau­rants and bars (and estate agents) that reflect the area’s changed character. One of several pubs claiming to be the oldest on the Thames, the long and narrow Town of Ramsgate stands beside the slippery Wapping Old Stairs, which lead down to the river.

Away from the upmarket riverside, Wapping is also home to a signif­i­cant propor­tion of the East End’s Bangladeshi community.