Sydenham, Lewisham (with parts in Bromley and Southwark) 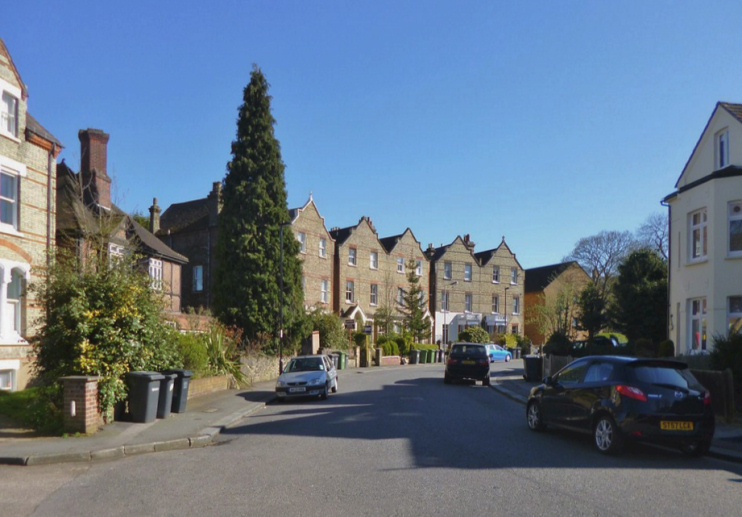 This was Chipeham in 1206, probably the farmstead of a man called Cippa, and the name evolved in stages over several centuries. The last change, when the ‘p’ became a ‘d’, did not occur until the late 17th century.

By this time two distinct settle­ments had evolved: one around Bell Green in present-day Lower Sydenham and the other in what is now Sydenham Wells Park, where the presence of springs with alleged medicinal qualities was drawing visitors. These two halves of Sydenham were subse­quently divided by the Croydon Canal, which was constructed from 1801, and by Westwood Common, which was enclosed in the 1810s.

When the canal company went bankrupt, a railway line was laid along the course of the filled-in canal and Sydenham station opened in 1839, after which houses for wealthy Londoners began to appear on the former common.

In 1854 the Crystal Palace was brought from Hyde Park and rebuilt on the southern ridge of Sydenham Hill in the south-west corner of the district. This event trans­muted the fortunes of the extended village. Improve­ments in commu­ni­ca­tions made Sydenham the best connected place south of the Thames. Hotels and every kind of amenity catered to the needs of the tens of thousands of tourists. Grand houses were built for the new residents, including Crystal Palace managers and directors, in Upper Sydenham and Lawrie Park, with attendant accom­mo­da­tion for those who provided their services or laboured less lucra­tively at the palace.

A huge gasworks was constructed at Bell Green, which became one of the most densely built-up parts of outer London. Sydenham’s popu­la­tion doubled every ten years in the three decades to 1871 and doubled again over the remainder of the 19th century, reaching around 40,000.

The appeal of the Crystal Palace declined in the 20th century but its destruc­tion by fire in 1936 was still a tremen­dous blow. Many of Sydenham’s grandest houses were replaced by homes for the new breed of commuter, while municipal estates were built in several corners, for example at Shee­newood in Lawrie Park, High Level Drive in Upper Sydenham, the Dacres estate in Lower Sydenham, in the Kirkdale area north of Sydenham station, and at Bell Green. On Dartmouth Road, Sydenham School was greatly enlarged to become a compre­hen­sive in 1957.

Despite the changes, the hilly terrain and surviving vestiges of its Victorian heyday continue to endow Sydenham with a distinc­tive character, although the town centre has long been in need of some form of regen­er­a­tion – and the form this is beginning to take is the replace­ment of surplus shops with compact blocks of private flats.

* The picture of Charleville Circus, Upper Sydenham, on this page is adapted from an original photograph, copyright Mike Faherty, at Geograph Britain and Ireland, made available under the Attribution-ShareAlike 2.0 Generic Licence. Any subsequent reuse is hereby freely permitted under the terms of that licence. The image of the Crystal Palace at Sydenham is in the public domain.