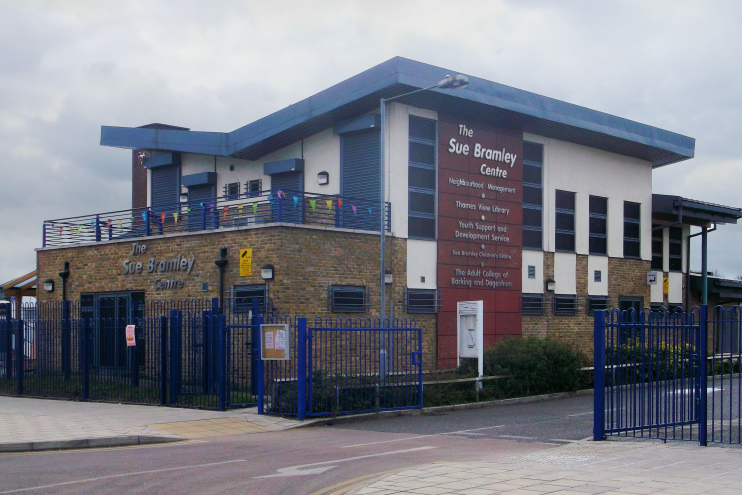 This was part of the marshland of Eastbury Level until the mid-1950s, when Barking borough council began building over 2,000 homes using piles and rafts for the concrete foun­da­tions. The scheme included terraced housing, blocks of flats, maisonettes, a shopping centre and other amenities.

The main thor­ough­fare was named after Norman Bastable, Barking’s housing officer and chief public health inspector, who played a prominent part in the estate’s devel­op­ment. Other streets were also named after local officials.

Thames View county infants school opened on Bastable Avenue in 1957. Now simply called Thames View Infants, its distinc­tive archi­tec­tural feature is a prominent clock tower on what was orig­i­nally the school keeper’s house. Also on Bastable Avenue, Christ Church was built in 1958–9 as a chapel of ease to St Patrick’s Barking.

The estate was enlarged in the late 1960s, and Thames View junior school opened in 1968.

From the late 1990s Thames View was the subject of a Sure Start initia­tive aiming to promote the physical, intel­lec­tual and social devel­op­ment of babies and young children. Its organ­isers commented, “The estate itself is isolated, the community frag­mented, with little access to communal facil­i­ties. Services are basic, educa­tional attain­ment poor, life chances limited.”

Newlands Park – the only open play area on the estate – was refur­bished in 2001 as part of the lottery-funded A13 Artscape project. On Bastable Avenue the Sue Bramley centre now co-ordinates the provision of a wide range of welfare services and young chil­dren’s educa­tional programmes. The neigh­bouring Thames View health centre opened in 2005.

In 2011–13 houses and four blocks of flats at the eastern end of the Thames View estate were demol­ished and 276 new afford­able homes were built, mostly terraced townhouses.

To the south and east of Thames View, a vast brown­field site is being rede­vel­oped as Barking Riverside. Back when the concept was called Barking Reach things began with the construc­tion of the Great Fleete estate, which was soon followed by schemes such as Mead­ow­land and City East.

At the last census just under 40 per cent of the estate’s residents were white British. By far the most signif­i­cant other ethnic group was of black African heritage. Rela­tively few were of Asian or black Caribbean descent. In recent years the council has placed a number of refugee and asylum seeking families here.

* The picture of the Sue Bramley Centre at the top of this page is adapted from an original photograph, copyright David Anstiss, at Geograph Britain and Ireland, made available under the Attribution-ShareAlike 2.0 Generic Licence. Any subsequent reuse is freely permitted under the terms of that licence.