A major east London centre, situated south of Ilford and east of the River Roding, little visited by those from outside its immediate hinterland 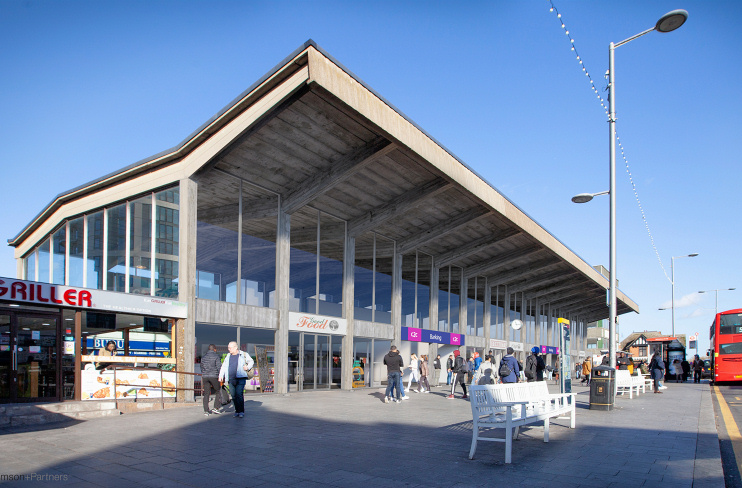 Evidence of Roman occu­pa­tion has been discov­ered here and Barking was one of the earliest Saxon settle­ments east of London, estab­lished on a habitable site near navigable water. St Erkenwald founded Barking Abbey in 666 and William the Conqueror used it as a temporary head­quar­ters while the Tower of London was being constructed.

From the 14th to the 19th centuries the main industry was fishing, with a fleet operating out of Barking Creek. The town’s pisca­to­rial heritage is cele­brated in a sculpture at Fanshawe Round­about. In addition, many of Henry VIII’s ships were repaired and main­tained in the area, barges trans­ported locally grown potatoes and onions to the City, and timber from Epping Forest was sent for navy ship­building at Woolwich.

The abbey escaped the first wave of religious suppres­sion in 1536 but was dissolved in 1539. The Crown retained control of the estate until 1628, when it was bought by Sir Thomas Fanshawe. St Margaret’s church, where Captain Cook was married in 1762, and the minimal Abbey ruins (shown in the photo below) are now a desig­nated preser­va­tion area. 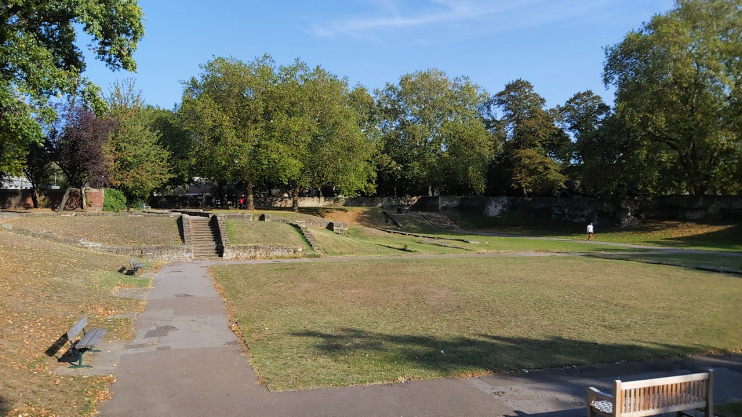 Fishing became espe­cially important in the first half of the 19th century and the town’s popu­la­tion more than doubled without its area signif­i­cantly increasing, which created localised slum conditions.

Barking New Town was laid out east of the new Stratford to Tilbury railway line but its two-storey, bay-windowed houses were intended for City office workers, not trawlermen. The fishing industry was hit by economic diffi­cul­ties from the late 1850s and collapsed when the major trawler operator moved his fleet to Norfolk in 1865.

Riverside and creekside factories began to provide alter­na­tive employ­ment and Barking resumed its growth, with terraced housing of varying quality spreading outwards over the rest of the century. Barking Park opened on Long­bridge Road in 1898 and has been described as probably the finest municipal park in east London.

From the earliest years of the 20th century Barking council progres­sively cleared run-down streets and put up new houses and, later, blocks of flats. Between the wars commer­cial builders extended the town eastwards to Upney and the London County Council laid out the vast Becontree estate to the north-east.

The largest post-war devel­op­ment was the Thames View estate, on the marshes to the south. Even farther south, many more resi­den­tial projects are taking shape in the zone now called Barking Riverside. Meanwhile, the council has been over­seeing the regen­er­a­tion of the town centre, including a revamp of the grade II listed station (as shown in the CGI at the top of this article), retaining its distinc­tive concrete roof, which is a modernist version of a barrel vault from a Roman bath – borrowed from the Roma Termini station.

In 2016 Bobby Moore became the first footballer to be honoured with a blue plaque, affixed to 43 Waverley Gardens, where he lived from birth until after he made his England debut in 1962.

* The picture of the ruins of Barking Abbey on this page is slightly modified from an original photograph, copyright Matt Buck at Flickr, made available under the Attribution-ShareAlike 2.0 Generic Licence. Any subsequent reuse is freely permitted under the terms of that licence.