A station, street and cemetery in south-central Walthamstow, named after Queen Victoria 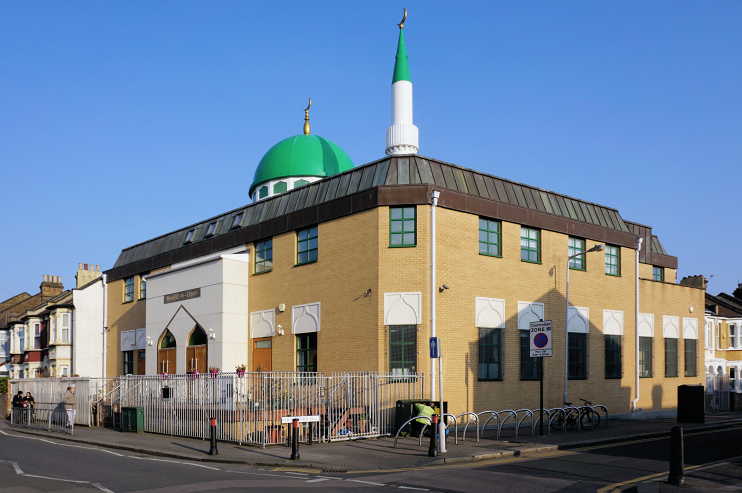 Waltham­stow burial board opened an 11-acre, non-denom­i­na­tional cemetery here in 1872, accom­pa­nied by two chapels, an entrance lodge and (less typically) a neigh­bouring coroner’s court, which continued to operate until quite recently.

To coincide with the opening of the cemetery, Queens Road (orig­i­nally with an apos­trophe) was created to provide a route to Hoe Street. Another link ran westward from the cemetery to Markhouse Road but only later was this stretch also named Queens Road.

In 1894 the Midland Railway Company built the Tottenham and Forest Gate Railway (assisted by a small contri­bu­tion from the London, Tilbury and Southend Railway Company) and Queens Road station opened with the line. Despite its name, the station is not on Queens Road but at the northern end of Edinburgh Road. The line is now part of the London Over­ground network and Queens Road station has recently benefited from the creation of a new entrance and a direct pedes­trian route to Waltham­stow Central, via the Edison Close estate.

The arrival of the railway accel­er­ated the rate of house­building in the area, and this part of Waltham­stow soon lost its remaining fields, plum orchards and water­cress beds.

Halfway between Queens Road and the local­i­ty’s other main east-west connec­tion, Boundary Road, the church of St Barnabas was built in 1902–3 by William Douglas Caröe, who was also respon­sible for the neigh­bouring vicarage and parish hall. The church is kept locked when not in use for worship or some other event, which is regret­table but under­stand­able in view of the excep­tional quality of its fittings.

Leyton and Waltham­stow synagogue opened at 79 Queens Road in 1937, and was converted into a mosque in 1981. Unable to accom­mo­date the growing number of worship­pers, the building was demol­ished and replaced with the present green-domed Masjid e Umer in 2002. The mosque is shown in the photo­graph above.*

Waltham­stow cemetery is now full, except for the reopening of family plots. Many graves have been neglected for years and there has been a great deal of subsi­dence here, with the result that most of the head­stones and memorials are leaning at precar­ious angles and others have fallen over. 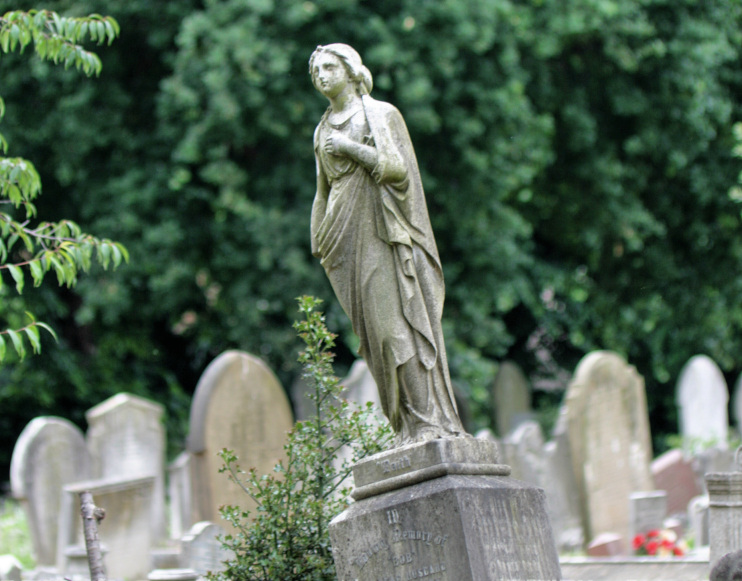 The council envisages that, subject to legal require­ments, numerous memorials will be removed to allow for the improve­ment of the cemetery. Hidden London would like the enhance­ments to include more grass and less gravel. The cemetery is open every day and tends to be very quiet.

At the south-western end of Queens Road, Waltham­stow leisure centre (formerly Kelmscott leisure centre) has indoor facil­i­ties and an outdoor rubber-crumb pitch for football and netball.

The Queens Road neigh­bour­hood is popular with families with young children and there are several schools in close proximity to one another, including Edinburgh primary, which moved to an impres­sive new building on Queens Road in 2011. The school’s old building has since become the ‘south site’ of Mission Grove primary school.

According to Ofsted, Edinburgh primary school’s pupils come from many social and ethnic back­grounds, the largest being Pakistani, Indian and Caribbean, followed by British and other white back­grounds. Almost three quarters are learning English as an addi­tional language.

Many residents have participated in a local history project that has placed blue plaques in front windows showing who was living in their houses a century ago.

* The picture of Masjid e Umer at the top of this page is adapted from an original photograph, copyright Bill Boaden, at Geograph Britain and Ireland, made available under the Attribution-ShareAlike 2.0 Generic Licence. Any subsequent reuse is freely permitted under the terms of that licence. The photo of Queens Road cemetery is by Hidden London.