A ‘long unlovely street’, according to Tennyson, running north–south through central Marylebone and now best known for dentistry 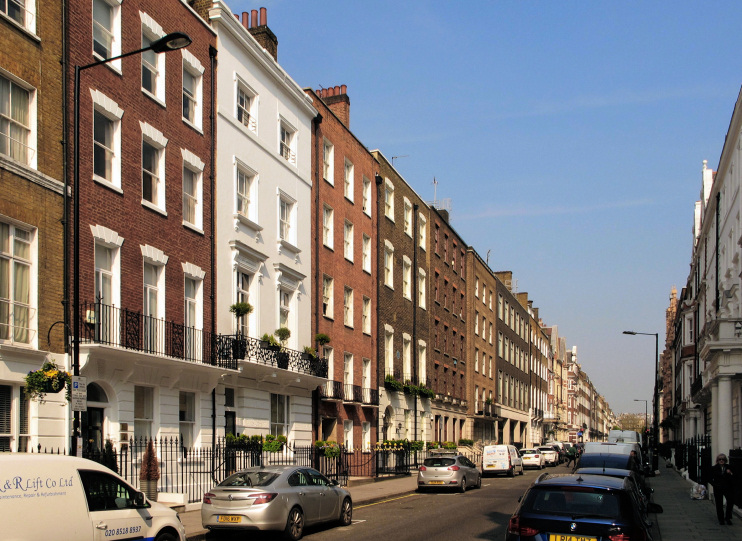 The street is named after Wimpole Hall, a palatial house in Cambridgeshire that belonged to the Harley family, devel­opers of the Cavendish estate – which takes in much of this part of Maryle­bone. Begun around 1724, Wimpole Street had just seven houses by the end of the decade.

The Irish statesman and philoso­pher Edmund Burke was living here in 1759, at a time when the street was beginning to fill with substan­tial, if unin­spiring, terraced houses. Upper Wimpole Street was created after the closure of Maryle­bone Gardens in 1778.

Like Harley Street and the rest of the immediate area, Wimpole Street at first attracted the cream of London’s fash­ion­able society. Then, from the 1820s onwards, doctors began to open consulting rooms here.

Former nurse Ethel Manson moved into 20 Upper Wimpole Street when she married Dr Bedford Fenwick in 1887. After years of campaigning for better training for nurses and for a system of state regis­tra­tion, Ethel Gordon Fenwick became ‘Nurse No.1’ when the register even­tu­ally opened.

In addition to its colony of doctors, Wimpole Street later gained popu­larity with dentists and opticians. Arthur Conan Doyle opened his ophthalmic practice in Upper Wimpole Street in 1891. He began writing short stories when, “five or six months later, … not one single patient had ever crossed the threshold” [a colourful exag­ger­a­tion that he later contra­dicted]. The photo below shows a medical history tour in Upper Wimpole Street outside the building in which Conan Doyle practised. 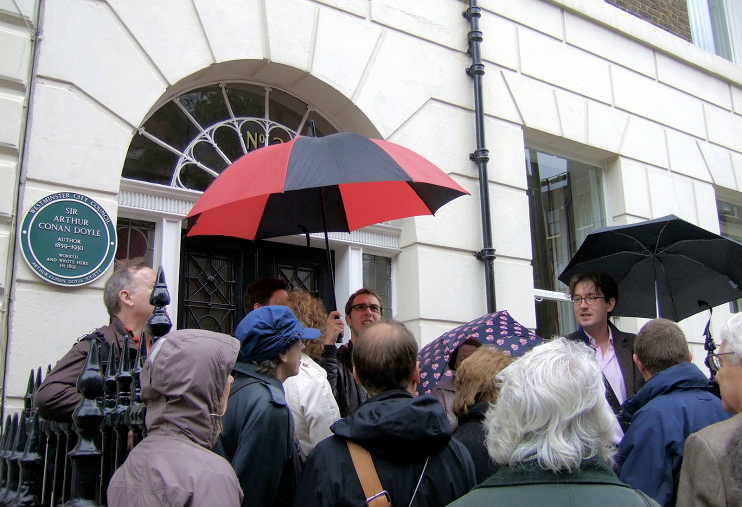 Wimpole Street’s most distinc­tive structure, Wimpole House, was built in 1892–3 at the junction with New Cavendish Street. The creator of this Victorian Gothic Renais­sance extrav­a­gance in pink terra­cotta was Charles H Worley.

The Royal Society of Medicine came to No.1 Wimpole Street in 1912. The society’s library possesses more than half a million volumes from the last six centuries and also has a collec­tion of portraits, photographs and manu­scripts. With proof of identity and on payment of a small fee, anyone can become a temporary member and use the library for reference purposes.

The British Dental Asso­ci­a­tion and the General Dental Council are both based in the street. Open on Tuesday and Thursday after­noons, the BDA Museum at 64 Wimpole Street tells the story of how dentistry has developed from a market­place spectacle to the complex proce­dures and treatment of today. Admission is free.

Elizabeth Barrett was kept a virtual prisoner at 50 Wimpole Street by her tyrannical father before eloping to Italy with fellow poet Robert Browning in 1846. The story of The Barretts of Wimpole Street became the subject of a play and a 1934 film, remade in 1957 with John Gielgud as the patriarch.

Paul McCartney stayed at 57 Wimpole Street, the home of his girlfriend’s parents, from 1963 to 1966. He wrote ‘I Wanna Hold Your Hand’ and ‘Yesterday’ here.

* The photo of Wimpole Street at the top of this page is adapted from an original photograph, copyright David Hawgood, and the picture of a medical history tour in Upper Wimpole Street is adapted from an original photograph, copyright ceridwen, both at Geograph Britain and Ireland and made available under the Attribution-ShareAlike 2.0 Generic Licence. Any subsequent reuse of either image is hereby freely permitted under the terms of that licence.