Philip Ibbetson* Fenton was born in 1731 at his uncle’s Lancashire manor house, Hoghton Tower, and he grew up in Yorkshire. His parents were well-off and he got richer in Riga (now the capital of Latvia), exporting Russian produce to London. Fenton acquired the property that now bears his name in 1793, a century after it had been built (as Ostend House) by an uniden­ti­fied architect for an unknown client. The retired merchant spent the last 13 years of his life at Fenton House and was buried in the church­yard of St John-at-Hampstead in August 1806.

Described by Pevsner as reflecting “the straight­for­ward domestic clas­si­cism of the William and Mary period”, Fenton House is a compact, square structure, orig­i­nally with a southern entrance and four rooms on each of its main two floors. When James Fenton inherited the property in 1807 he added a new entrance on the east side (shown bottom right) and united the south rooms on the ground floor, creating a full-width dining room.

The last private owner of Fenton House was Lady Katherine Binning (née Salting), who was the niece of George Salting, a Victorian art connois­seur who left most of his vast collec­tion to the National Gallery, the British Museum and the V&A on his death in 1909. The residue of his estate went to Lady Binning, who was almost as avid a collector as her uncle had been. She bought Fenton House in 1936 and filled it with fine furniture, European and oriental china and works of art, including a surprising variety of paintings, as well as tapes­tries and other needlework.

On her death in 1952, Lady Binning bequeathed to the National Trust the house and its contents. These were supple­mented Major George Benton Fletcher’s collec­tion of early keyboard instru­ments, so that almost every room is now graced by a virginal, clavi­chord, harp­si­chord or spinet.

Up in one of the attic rooms there’s a door to a balcony with a marvel­lous view across London – and down into the grounds, which are almost as delightful as the house itself. There’s an expansive walled garden with formal walks and a secluded sunken area, a 300-year-old apple orchard and a kitchen garden. The garden’s statue of a shepherd (shown above) was cast in lead by John Cheere in 1735. 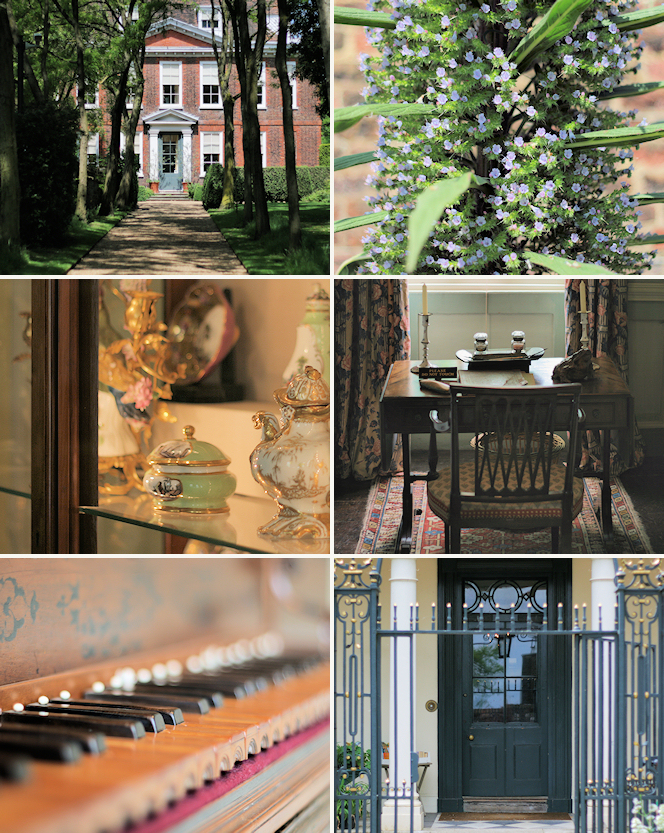 * George du Maurier, who lived at 28 Hampstead Grove, wrote Peter Ibbetson in 1891. Did du Maurier borrow his hero’s surname from his former neighbour?