An unexpected treat in an undistinguished suburb

Hidden London has added the antique effects to the pictures on this page for the fun of it. In fact, they’re 21st-century photographs of extant prop­er­ties in Waltham­stow Village – also known as Church End – a delightful conser­va­tion area and former winner of Time Out’s ‘best London village’ award.

There was a clearing in the forest here at the time of Domesday Book and the first church was built in 1145. The present St Mary’s Church seems to have evolved somewhat haphaz­ardly from that structure and its expansive church­yard stands in for a village green.

Facing the church­yard, the timber-framed Ancient House (formerly the White House, shown below) dates from the 15th century, with a west wing rebuilt in the 16th. The Ancient House was lovingly restored in 1934 and repaired again in 2002.

North of the church, Vinegar Alley is allegedly so named because locals used vinegar to sanitise the soil after a plague pit was dug. Sir George Monoux founded almshouses here in 1527, together with a school that later relocated to Chapel End, nearly a mile to the north.

A Nag’s Head pub stood in the village by 1675. Squire’s almshouses were built in 1795, while Orford House and The Chestnuts date from the early 19th century. Most of the village was built up in the 20 years following the enclosure of Church Common in 1850, including a new Nag’s Head on Orford Road (which is also now a conser­va­tion area). The village was saved from disfig­ure­ment by the opening of the station at Hoe Street (now Waltham­stow Central), which emphat­i­cally drew commer­cial devel­op­ment away to the west.

Waltham­stow workhouse was built in 1730, and the church’s vestry meetings were also held here. Vestry House later served as a police station, then as the head­quar­ters of the Waltham­stow Literary and Scien­tific Institute and from 1892 as a private home, before becoming a museum of local history in 1931. It also houses the borough’s archives and its local studies library.

For infor­ma­tion on visiting the museum, see the details at the bottom of this page. 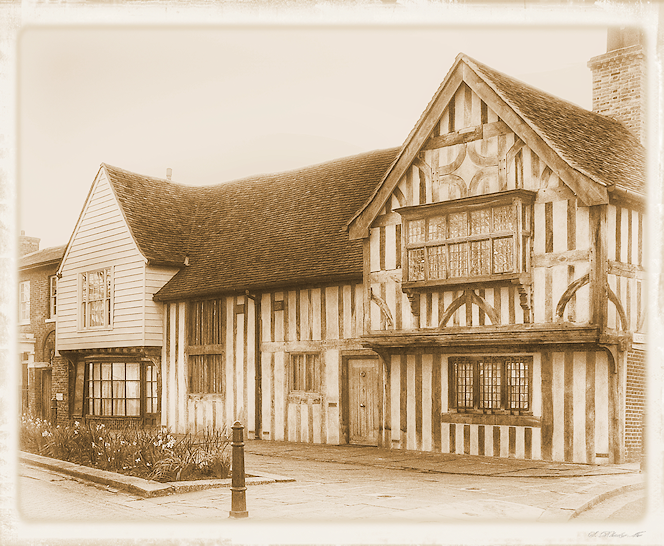