The family-friendly (i.e. somewhat unexciting) locality of Belmont fills the gap between Kenton and Stanmore 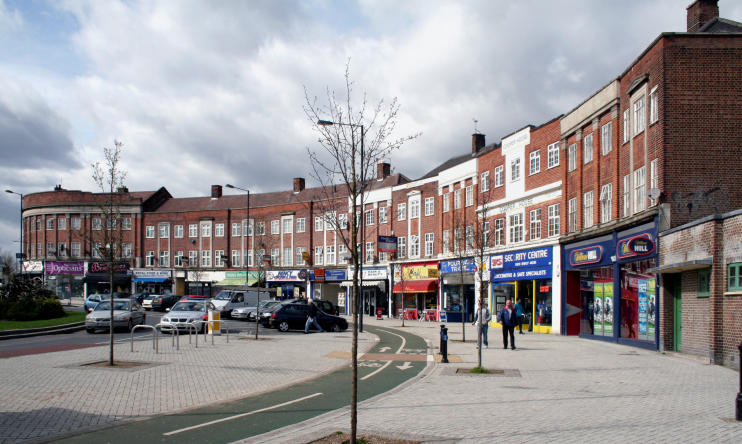 James Brydges, the phenom­e­nally wealthy owner of Canons Park, was dissat­is­fied with the view along the western avenue from his mansion, so he created a mound called Belmont and had a summer-house built on its brow, probably in the 1720s. Stanmore golf course now overlies the mound (at the top of the map below).

Throughout the 19th century the area remained wholly unspoilt, with just a few scattered gentlemen’s resi­dences. William Loudon estab­lished a model farm on Kenton Lane around 1810 and both the farmhouse and its main outbuild­ings survive today. A row of cottages called Belmont Terrace was built to the east in 1827, on Honeypot Lane.

Towards the end of the century the railway came through on its way from Harrow to Stanmore but it was not until 1932 that a station opened at Belmont, in response to the first stirrings of suburban growth and with the financial assis­tance of the devel­opers. Over the rest of the decade the area was very rapidly built up with middle-class housing, accom­pa­nied by shops and the Essoldo cinema at Belmont Circle.

Belmont school opened in 1938 and construc­tion of St Anselm’s church began in the same year, using materials and furnish­ings from a demol­ished church of the same name that had stood in Davies Street, Mayfair. Nowadays described as a “gently charis­matic evan­gel­ical Church of England church community,” St Anselm’s is located at the eastern end of Clifton Avenue and is shown in the photo below. 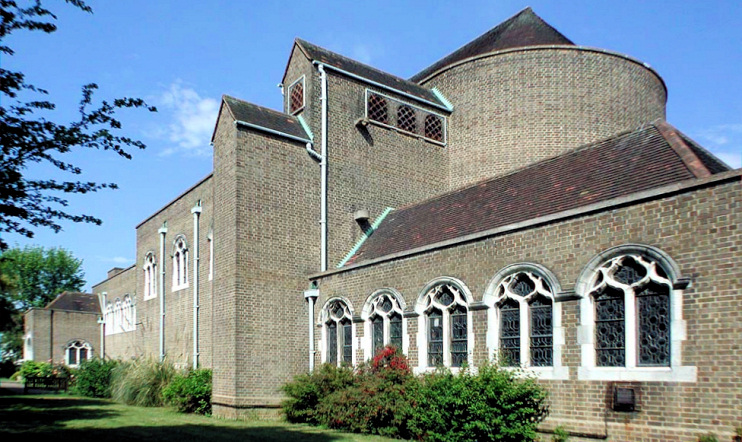 The section of the railway from Belmont to Stanmore closed in 1952, leaving Belmont as the terminus of the branch line, which Dr Beeching axed in 1964.

The cinema was demol­ished in 1970 and replaced by a super­market. The disused railway line is now the Belmont Trail, a walking and cycling route.

Belmont is dominated by owner-occupied homes, and more than a third of residents were of Indian descent at the 2011 census (up from less than a quarter in 2001). White British residents make up around 30 per cent of the popu­la­tion. There’s a broad spread of religious beliefs, as the table below shows. (Hidden London’s gazetteer pages include tables like this only where the breakdown is partic­u­larly distinctive.)