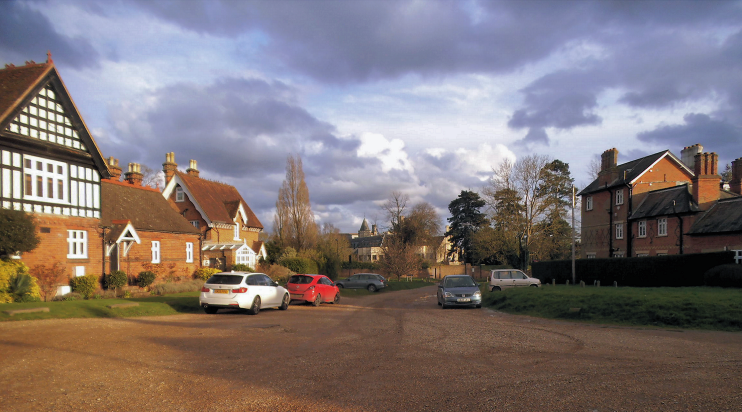 The name was first recorded in Domesday Book as Stanmere, a stony pool. It was later known as Great Stanmore, to distin­guish it from the separate settle­ment of Little Stanmore, which lay to the south-east.

In the Middle Ages the village is thought to have clustered around the manor house and church, which stood near the present-day junction of Wolverton Road with Old Church Lane. An Augus­tinian priory was founded a mile and a half to the north-west, probably in the early 13th century.

Elsewhere, the surround­ings were mostly empty heathland, later known as Stanmore Common. Perhaps because of the Black Death, the old village was abandoned and a new settle­ment grew up to the north, on the Uxbridge road, where the church of St John the Evan­ge­list was conse­crated in 1632 by Arch­bishop Laud. Beginning with Stanmore Park in the 1720s, several very grand houses were either newly built or greatly enlarged from existing properties.

Bentley Priory was built in the 1766 on the site of the Augus­tinian priory, and remod­elled in the 1790s by Sir John Soane for the eccentric James Hamilton, later the Marquess of Abercorn. Public houses were licensed in various locations across the parish, including the Abercorn Arms in 1803.

The village itself remained little changed until the 1820s, when substan­tial villas began to cluster around the church and manor house. Meanwhile, the rebuilding of mansions continued, notably Stanmore Hall in the late 1840s, when a new St John’s church was built in the same church­yard as its namesake. In the 1880s Frederick Gordon converted Bentley Priory into a grand but not very successful hotel, and estab­lished a railway company that built a line to Stanmore. More villas followed and Stanmore Golf Club was founded in 1893.

In 1925 the Air Ministry bought Bentley Priory and it became the Royal Air Force’s Fighter Command Head­quar­ters during the Second World War. Modern suburban devel­op­ment began after the construc­tion of the Metro­pol­itan Railway (later the Bakerloo and now the Jubilee line) in 1932.

The RAF acquired Stanmore Park in 1938 and demol­ished the mansion. Stanmore’s main-line station closed in 1952 and the building has been converted to a house.

Many prop­er­ties remain from the late-Victorian and Edwardian phase of Stanmore’s growth, but their large gardens have been lost to infilling. Stanmore College (as it is now called) opened in 1969 as the country’s first purpose-built sixth-form college. RAF Stanmore Park closed in 1997 and has been replaced by housing. 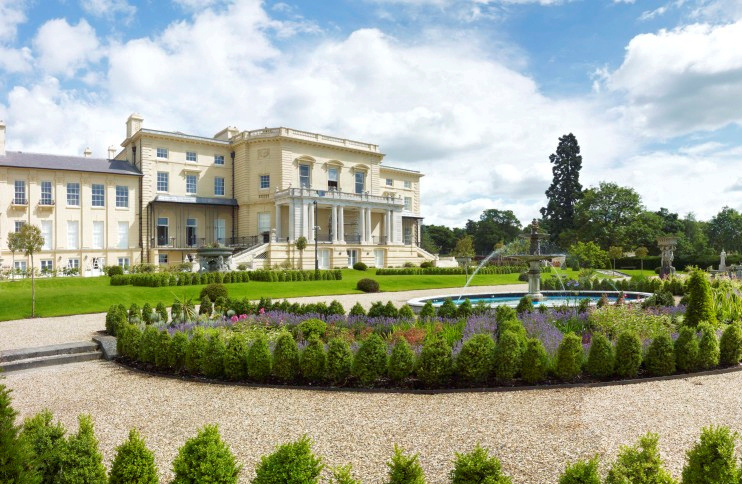 The RAF station at Bentley Priory has also since closed and the mansion and its grounds have been rede­vel­oped by Barratt Homes as a gated ‘community’. The mansion is shown in the devel­op­er’s image above.

The 120-acre Stanmore Common has more rare plant species than any other open space in London except Keston Common and Hampstead Heath, and some scarce moths, flies and beetles.

* The picture of Little Common at the top of this page is adapted from an original photograph, copyright David Howard, at Geograph Britain and Ireland, made available under the Attribution-ShareAlike 2.0 Generic Licence. Any subsequent reuse is hereby freely permitted under the terms of that licence.