Situated north-east of Stanmore, Brockley Hill constitutes the northernmost section of the A5 in Greater London and is the site of a Roman settlement 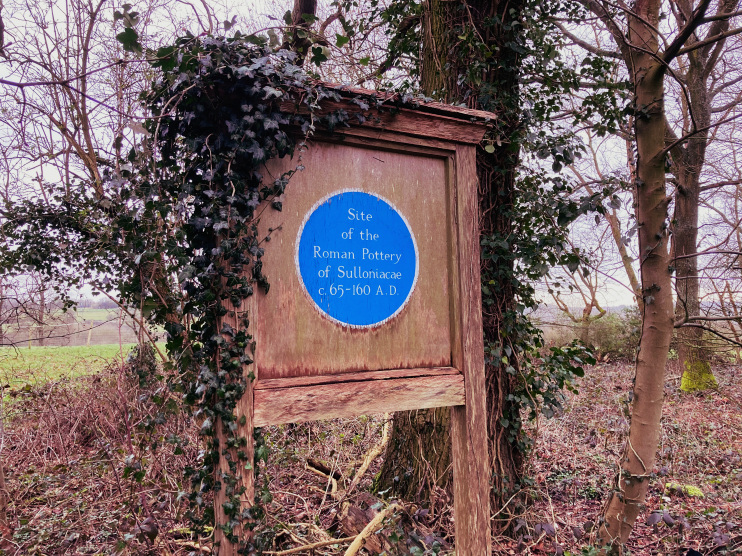 There have been sugges­tions of prehis­toric occu­pa­tion at Brockley Hill, but little evidence has been found. Stories that Julius Caesar fought a battle nearby or that the Romans built a ‘city’ here are almost certainly fanciful. However, most scholars now believe that Brockley Hill was the site of Sullo­ni­acae, a posting station on Watling Street located halfway between London and St Albans.

The station was recorded in the Antonine itinerary, a third-century list of routes and stopping places in the Roman Empire. There was certainly a pottery operating here from around 70ad to 160ad, which specialised in lidded bowls and jars, flagons and mortaria (mixing bowls).

Surrounding woodland seems to have been cleared to grow crops, although this may have been at a later phase of Roman occu­pa­tion. But despite extensive exca­va­tions since 1937 proof of a larger settle­ment has not been found.

Archae­ol­o­gists continue to search for more substan­tial Roman remains, both at Brockley Hill and at mooted alter­na­tive locations such as Burnt Oak. The site is a scheduled ancient monument.

From the 17th to the 19th centuries, devel­op­ment along Brockley Hill was mostly limited to the construc­tion of a handful of substan­tial houses and the creation of Brockley Hill Farm. In 1882 Mary Wardell converted Sullo­ni­acae, her house on Wood Lane, into a children’s conva­les­cent home.

After military use in the First World War, the Royal National Orthopaedic Hospital acquired the home as a country branch. Many more buildings have since been added and this is now the hospital’s main site. It is presently under­going renewal, partly funded by the sale of ‘excess’ land for resi­den­tial devel­op­ment. A £40-million inpatient ward block opened in December 2018.

Land at the bottom of Brockley Hill, on the corner of London Road, was bought by the Ministry of Works in 1946 and used for assorted govern­ment offices, including those of the Ministry of Defence. The site was vacated in the 1990s and much of it was after­wards rede­vel­oped with high-class housing, with the Stanmore & Edgware golf centre to the north. The golf centre was abruptly closed in 2019 and its clubhouse was destroyed by fire in 2020.

* The picture of the Plaque to Roman Sulloniacae at the top of this page is minimally modified from an original photograph, copyright Matt Brown, at Flickr, made available under the Attribution 2.0 Generic licence, and the picture of the sign on the gate of the Royal National Orthopaedic Hospital is adapted from an original photograph, copyright Chris Downer, at Geograph Britain and Ireland, made available under the Attribution-ShareAlike 2.0 Generic Licence. Any subsequent reuse is freely permitted under the terms of that licence.