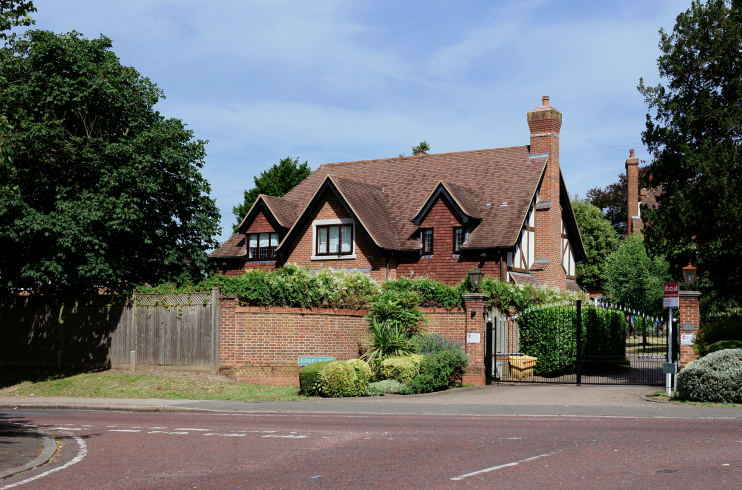 Bickley’s name was first recorded in 1279 and may have referred to a woodland clearing belonging to a man called Bicca or to a clearing on or near a pointed ridge.

The area was virtually unin­hab­ited until the 18th century, apart from a hamlet called Cross in Hand, which lay near the present Chisle­hurst Road. A hunting lodge surrounded by fox-frequented heathland was in the hands of the Wells family from 1759 and the lodge was progres­sively enlarged to become Bickley Hall.

Deptford ship­builder John Wells bought the 1,200-acre estate from his brother in 1812 but began to sell it off when he lost money in a Maidstone bank crash in 1841. The first roads had been laid out with villas for the upper middle classes by the time that South­bor­ough (later Bickley) station opened in 1858.

Amidst alleged chicanery the Bickley Park estate was acquired by George Wythes, who employed some of the finest archi­tects of the era to build even more superior homes for merchants and bankers, with gardens of two to five acres. When Chisle­hurst station opened in 1865 it was briefly called Chisle­hurst and Bickley Park.

Wythes built St George’s church on Bickley Park Road in 1865 and gave the site for Bickley Park cricket club, which was founded in 1868. The church has a monument to the Wythes family.

A water tower was erected at the top of Summer Hill as a landmark for the estate. Wythes’ first architect was R Norman Shaw but Bickley’s principal creator was Shaw’s protégé Ernest Newton, who built 8 Page Heath Lane for himself in 1884.

Over the following two decades Newton designed a series of distinc­tive prop­er­ties in a style that became increas­ingly neo-Georgian. From 1905, Newton’s successor C H B Quennell laid out a more homo­ge­neous little suburb around the church.

The Wythes left Bickley around 1908 and Bickley Hall was leased to a private school.

The hall was demol­ished in 1963 (as was the water tower around the same time) and its remaining parkland was developed with expensive houses, although these occupied smaller plots than the Victorian and Edwardian homes.

Over the course of the 20th century the imprac­ti­cable grandeur of many of the early villas resulted in their demo­li­tion or conver­sion into flats, but there are also numerous survivors and even the replace­ments are exclusive. Bickley is so popular that estate agents lend its name to neigh­bouring local­i­ties like Widmore and South­bor­ough, which provide the area’s limited shopping amenities.

* The picture of Asprey Place, at the junction of Pines Road with Chislehurst Road, at the top of this article is adapted from an original photograph, copyright Peter Trimming, and the picture of Amapola is adapted from an original photograph, copyright Stephen Richards, both at Geograph Britain and Ireland, made available under the Attribution-ShareAlike 2.0 Generic Licence. Any subsequent reuse is freely permitted under the terms of that licence.