The western side of Orpington, with a predominantly white, home-owning character – and the remains of a Roman villa 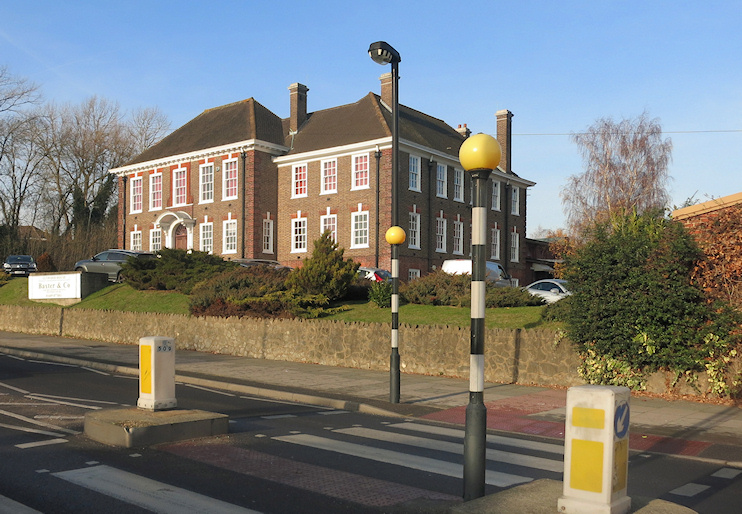 A Roman farming estate of about 500 acres existed here from ad140 to around ad400, with woodland and an arable and pasture field system. A 20-room villa housed the landowner’s family and servants. Although modest in design and furnish­ings, it had under­floor heating and tiled floors in several rooms and there were barns and outbuild­ings. The surviving floors of ten rooms of the main house are protected inside a viewing building, which is open to the public from April to October.

Crofton’s name is of Old English origin and means ‘farm on a rounded hill’. It has been rendered as Cropton, Crocton and Crawton at various times over the past millen­nium. Part of the revenue from the Crofton estate was given by Henry VIII to endow St Thomas’s Hospital in Southwark. In his History of Kent, written at the end of the 18th century, Edward Hasted describes Crofton as lying in the middle of woods, and notes that it was “said to have been once a parish of itself, and to have been destroyed by fire.”

The arrival of the railway in 1868 brought some tentative suburban devel­op­ment and St Paul’s church was built on Crofton Road in 1887.

In 1925 Crofton was chosen as the site for Orpington’s council offices (now Lynwood House, shown in the photo at the top) and it was during their construc­tion that the remains of the villa were uncovered. Most of Crofton was built up between the wars and into the 1940s with bungalows (such as those shown in the photo on the right) and semi-detached houses, with some larger homes to the north.

Shops were provided at Kelvin Parade but these have since evolved into an incon­gruous enclave of builders’ merchants. During the 1950s terraced housing and more compact semi-detacheds were built nearer the town centre. A new St Paul’s church opened in 1958 and the old church became the parish hall.

The 200 acres of Crofton Woods, formerly known as Crofton Heath, lie to the north-west. The ancient woodland shelters some uncommon plants and is also important for its insects, espe­cially micro-moths. Among the larger trees are oak, ash, birch and aspen, while smaller varieties include hazel and hawthorn as well as rarer shrubs.

* The picture of Lynwood House at the top of this page is slightly modified from an original photograph, copyright Des Blenkinsopp, and the picture of Bungalows in Oregon Square is cropped from an original photograph, copyright Ian Capper, both at Geograph Britain and Ireland, made available under the Attribution-ShareAlike 2.0 Generic Licence. Any subsequent reuse is freely permitted under the terms of that licence.