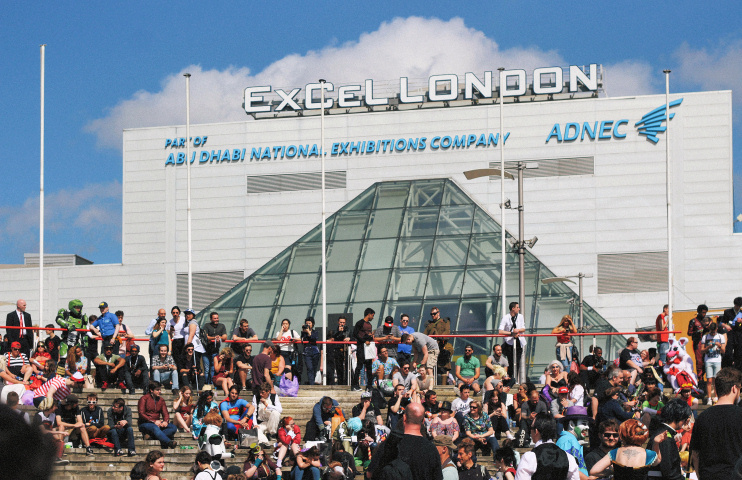 The locality takes its name from a Port of London building that was properly called the Dock Directors’ Access Centre, which stood next to the station beside the Royal Victoria Dock.

Following the estab­lish­ment of the Royal Docks, the need for accom­pa­nying housing encour­aged the brisk growth of Custom House in the 1880s.

The area became notorious for its poverty and slum condi­tions and its housing was almost entirely replaced by council flats after the Second World War, notably in the form of the Freema­sons estate. Among the estate’s nine tower blocks was Ronan Point, which partially collapsed after a gas explosion in 1968, killing four people.

The Ronan Point disaster has been called ‘modern architecture’s Titanic’ and it had a pivotal influence on subse­quent designs for tall buildings. It has even been suggested that the effects of the terrorist attack on the World Trade Centre’s twin towers might have been less cata­strophic had lessons from Ronan Point been incor­po­rated into their construction.

Custom House was the home of West Ham stadium, a speedway and greyhound track with a capacity of over 100,000, replaced by a maze of curling cul-de-sacs after its demo­li­tion in the 1970s. This part of Custom House is also known as West Beckton and many of its streets are named after former speedway champions.

The Admiral’s Reach devel­op­ment, completed in 1993 by Barratt, now occupies the site of the Freema­sons estate.

The Dock Directors’ Access Centre was refur­bished in 1995 – and then demol­ished soon after­wards. (That was the kind of thing the London Docklands Devel­op­ment Corpo­ra­tion did in those days.)

The LDDC’s destruc­tive change of mind was the conse­quence a desire to create space for the ExCel (later ExCeL) exhi­bi­tion and confer­ence centre, which opened in 2000. The centre has 90,000 square metres of event space on a 100-acre site north of the Royal Victoria Dock. The £250 million construc­tion project was the largest in east London since Canary Wharf. During the first wave of the covid-19 pandemic the ExCeL was converted into the country’s first and largest NHS Nightin­gale hospital – but was never much used, except as a vacci­na­tion hub in 2021.

Custom House station was closed for almost the whole of 2017 to increase its capacity by 50 per cent and make other improve­ments in advance of the arrival of the Elizabeth line (Crossrail).

The ward of Custom House has a signif­i­cant black African community, mainly speaking Yoruba, Twi and Swahili. Fifteen per cent of homes in the ward are lone parent house­holds with dependent children.

According to young foot­baller Deese Kasinga, who spent most of his teenage years living here, “Custom’s like, as rough as you can get … crime rate crazy, it’s a living warzone.” [source: Academy Stories: Deese Kasinga, BBC Sport website, 4 March 2021.] In the opinion of Hidden London, this may be a slight exag­ger­a­tion – but others have said similar things about the wider local area.

The actor Danny Dyer grew up in Custom House and his ancestors were East Londoners as far back as it is possible to trace.

* The picture of ExCeL London at ComiCon 2017 at the top of this page is slightly modified from an original photograph, copyright Sebastian Kettley, at Flickr, made available under the Attribution 2.0 Generic licence. The picture of the Aloft hotel, Docklands, and ExCeL to the left at the top of this page is adapted from an original photograph by Johan Jönsson (Julle) at Wikimedia Commons, made available under the Creative Commons Attribution-Share Alike 4.0 International licence. Any subsequent reuse is freely permitted under the terms of those licences.