A group of well-built Victorian estates in south Highgate 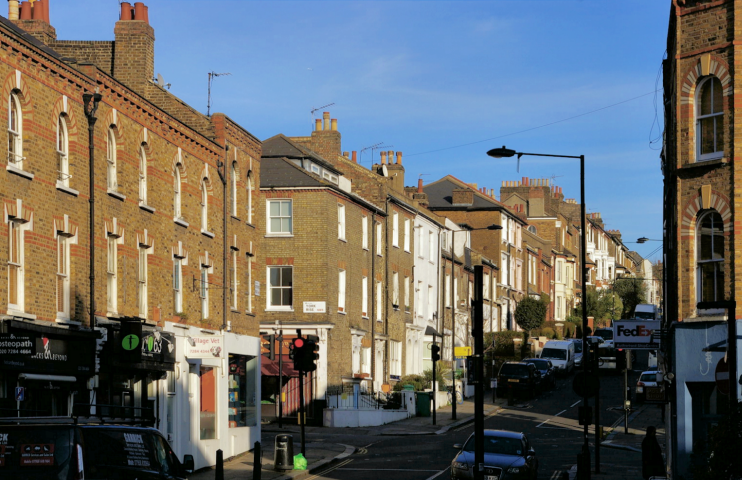 Dartmouth Park Hill was orig­i­nally part of the oldest road in Highgate, a mucky track through thick forest that later became part of the manor and parish bound­aries. The earls of Dartmouth acquired much of the land here in the 18th century. To the south-west of their estate, luxurious four-bedroom homes lined Grove Terrace in 1780. Other impres­sive houses were built on the periph­eral roads in the first half of the 19th century.

Opposite the southern tip of Highgate Cemetery is Holly Village, built in 1865 for the retired servants of the Burdett-Coutts family, who lived on the other side of Swains Lane. Whit­tington Hospital evolved from a workhouse infirmary estab­lished in 1869 by the Poor Law guardians of St Pancras parish.

In the 1870s the Dart­mouths began to develop their estate and few gaps remained by the end of the century. Dartmouth Park Road was endowed with some very spacious prop­er­ties but those nearer Dartmouth Park Hill were priced more affordably.

The terraced houses of Highgate New Town extended across the borough border into Islington during the 1880s, while the Conser­v­a­tive Land Society laid out Spencer Rise, Churchill Road and Ingestre Road near Tufnell Park. Around the same time the New River Company built a pumping station and two covered reser­voirs on the east side of Dartmouth Park Hill.

Dartmouth Park Lodge became a gatehouse for Waterlow Park when it opened in 1891.

Twentieth-century evolution consisted of gap-filling and the subdi­vi­sion of larger houses. Camden council rede­vel­oped Highgate New Town in the 1970s in a scheme that has been called ‘archi­tec­turally sculp­tural, but socially disastrous’.

Local resident and Camden coun­cillor John Thane courted contro­versy in 2005 when he argued that Dartmouth Park is “a nice hotch­potch but why should that make it a conser­va­tion area?”

The “exotic and theatrical” rein­ven­tion of a terraced Victorian house in Dartmouth Park won a RIBA London award in 2018.

The open space called Dartmouth Park consists mostly of the fenced-off and grassed-over roof of the Victorian reser­voirs mentioned above. But there’s also a publicly acces­sible section that offers some distinc­tive views across north London.

The operatic impresario Richard D’Oyly Carte lived at 2 Dartmouth Park Road in the early 1860s, with his parents and many siblings.

* The pictures of Chetwynd Road at the top of this page is modified from an original photograph, copyright Christopher Hilton, at Geograph Britain and Ireland, made available under the Attribution-ShareAlike 2.0 Generic Licence. Any subsequent reuse is freely permitted under the terms of that licence.