A socially advantaged locality situated south of Mortlake and east of Richmond (Richmond was originally called Sheen, or Shene) 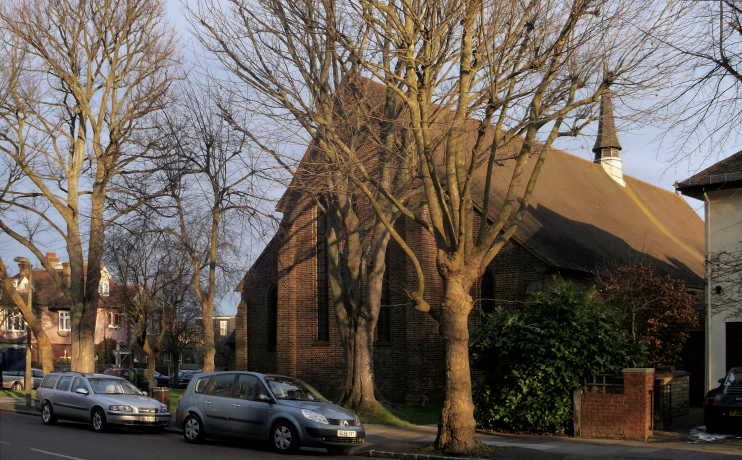 First recorded in 1247, East Sheen became a separate manor from Mortlake around 1500. The village was centred around Milestone Green, which lay where Upper Richmond Road now crosses Sheen Lane, with a few more dwellings where the lane meets Christ Church Road. East Sheen had 26 houses in 1617, by which time the two nuclei had probably joined.

The 17th-century Temple Grove was the manor house of East Sheen and took its name from the Temple family, later the viscounts Palmer­ston, who owned it until 1805. Around 1837, a younger son of the third earl of Dartmouth built Stanwell House at the north-west corner of East Sheen common, with deco­ra­tive garden features reassem­bled from parts of old London Bridge, which had been demol­ished a few years earlier.

Christ Church was built in 1862–4 as a ‘daughter church’ of St Mary the Virgin Mortlake. The pyramid roof on the church’s tower collapsed a day after it was completed and had to be rebuilt.

The arrival of the railway at Barnes and Mortlake brought some early suburban devel­op­ment but the main spur to growth did not come until 1896, when 50 acres of the Palewell estate were sold, and other old estates soon followed.

Temple Grove, which had latterly served as a boys’ prepara­tory school, was demol­ished around 1900. By the early 1920s most of the area had been built up and the creation of a string of shops along Upper Richmond Road had given East Sheen retail ascen­dancy over the old district centre at Mortlake High Street.

Shown in the photo­graph at the top of this article,* the church of All Saints was built on East Sheen Avenue in 1928–9, and restored in 1965 after a fire.

A final phase of house­building filled the remaining gaps south of Upper Richmond Road in the 1930s and Stanwell House was demol­ished and replaced by the flats of Court­lands. A London Bridge alcove survives in the residents’ gardens. The 53-acre East Sheen Common is owned by the National Trust.

East Sheen has a predom­i­nantly white, well-educated popu­la­tion including many families with young children.

Sir Tim Berners-Lee, inventor of the World Wide Web, was born in East Sheen in 1955.

The last home of 1970s rock star Marc Bolan was 142 Upper Richmond Road West, a large Victorian house with a corner location, surrounded by a high brick wall and foliage. It was only a short distance from here that Bolan met his death on Barnes Common in 1977.

* The picture of All Saints’ Church on this page is adapted from an original photograph, copyright David Anstiss, at Geograph Britain and Ireland, made available under the Attribution-ShareAlike 2.0 Generic Licence. Any subsequent reuse is freely permitted under the terms of that licence. The photograph of the Old London Bridge shelter is copyright Hidden London.