A classy riverside settlement situated to the north-west of Putney 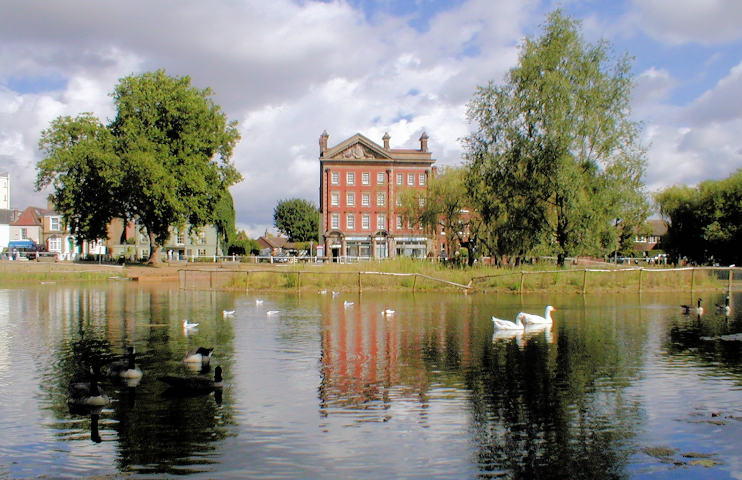 This was the place of the barn or barns that stored grain for the manor of Mortlake, and the first authen­ti­cated appear­ance of its name was in Domesday Book. When Barnes became a manor in its own right, under the ownership of the dean and chapter of St Paul’s Cathedral, the manor house was built at Barn Elms and was later enlarged into an aris­to­cratic mansion.

Further inland, Barnes remained a remote farming community for several centuries. The most note­worthy event was a dispute in 1589 that resulted in the men of Barnes refusing to let their Putney neigh­bours continue to share Barnes Common with them.

Perhaps surpris­ingly, given its proximity to the Thames, the village developed around the green, which had three ponds. Milbourne House has faced the green since the 15th century, albeit in several incarnations.

The parish had around 200 residents by 1600 and at least two inns by 1637. Barnes Street, now Barnes High Street, was in existence by 1700. Several villas and mansions were built in the 18th and early 19th centuries, notably along the riverside on the Terrace. The popu­la­tion had grown to 860 by the time of the first census in 1801.

The Barnes peninsula was espe­cially isolated until the opening of Hammer­smith Bridge in 1827, affording its market gardeners improved access to their primary market and bringing resi­den­tial potential to the locality later called Castelnau. The arrival of the railway in 1846 opened up the wider district to devel­op­ment. The original station building survives, making this one of the oldest such struc­tures in Greater London. 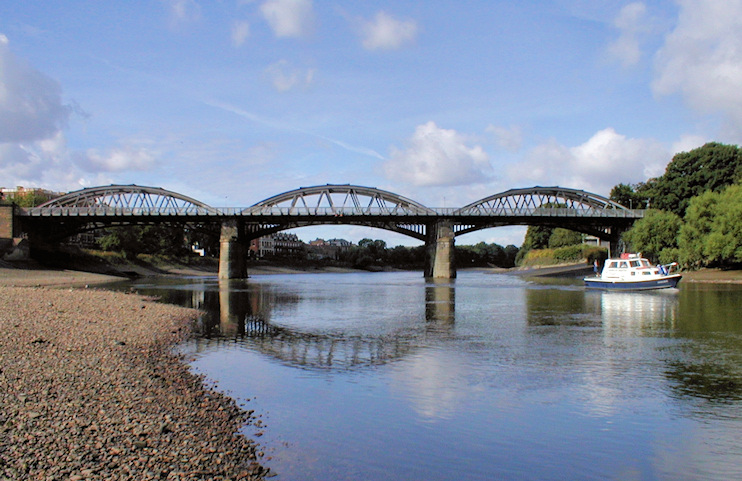 Shown in the photo above, Barnes Bridge was built in 1849 to carry the loop line of the London and South Western Railway across the Thames to Chiswick, bringing a second station to the village. An embank­ment was constructed to raise the line as it approached the bridge, blocking the riverside path.

At this time, much of the water­front area was still covered by market gardens. These were sold in 1865 to the British Land Company, which laid out a tight network of terraced cottages.

Over the next hundred years middle-class suburban devel­op­ments filled the area more densely, together with some later pockets of council housing. St Mary’s church was devas­tated by a fire in 1978 and has been completely rebuilt, but with great sympathy for its medieval origins.

Much of the village is now desig­nated the Barnes Green conser­va­tion area. This is a popular place of residence for estab­lished figures in the arts and media, and Barnes High Street and its offshoots have indi­vid­u­ally-owned outlets special­ising in food­stuffs, interior design and fashion. There’s another little cluster of shops and cafés on Church Road, just east of the junction with Grange Road.

Only the Grand Pond survives from the original trio at the heart of the village – and it’s now called Barnes Pond. Barnes Fair is held annually on the green on the second Saturday of July.

The novelist and dramatist Henry Fielding lived briefly at Milbourne House in the mid-18th century before leaving for southern Europe in a vain attempt to improve his failing health.

The rock star Marc Bolan was killed in a car crash on Queens Ride in 1977 and the sycamore tree that his car hit became the site of a shrine to his memory. The tree was felled in 2015.