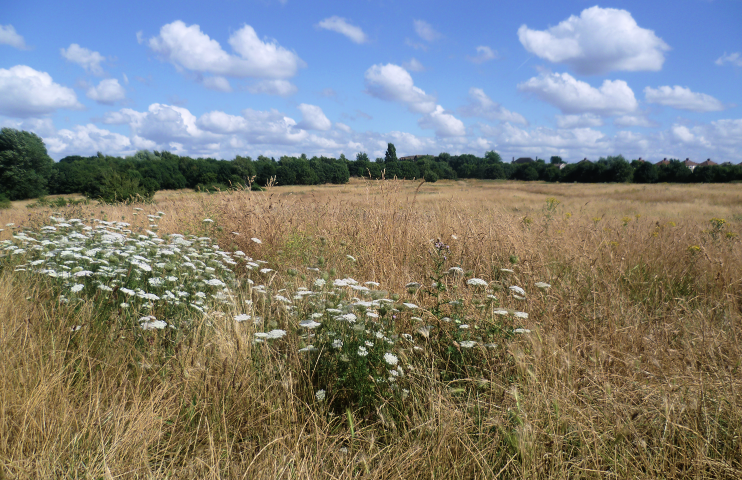 ‘Wikam’ was first mentioned in 1240 and the reference almost certainly indicated a homestead asso­ci­ated with an earlier vicus, a Romano-British settle­ment that probably stood on Watling Street. ‘Estwycham’ was recorded in 1284, the prefix distin­guishing the hamlet from West Wickham, which lies nine miles to the south-west.

St Michael’s church is of 13th-century origin, although its west end was rebuilt in the 19th century. William Foster bequeathed funds for a school that was estab­lished on Upper Wickham Lane in 1727. Both the school and its buildings survive but in different places: the school has moved to West­brooke Road, while its main building and the schoolmaster’s house have been converted for resi­den­tial use. The farmhouse at East Wickham Farm has a façade dating from 1843 but, like the church, its timbers are much older.

In 1916 the Woolwich Arsenal erected the East Wickham hutments, an estate of prefab­ri­cated homes for wartime munitions workers, with amenities that included a theatre but excluded decent sani­ta­tion. Bexley council built 426 houses on the fields of East Wickham Farm in 1922, while private devel­opers laid out neigh­bouring estates.

Over a ten-year period from 1928, three schools opened and a new St Michael’s church was built. The medieval church is now used by a Greek Orthodox congre­ga­tion and its brasses and other removable fittings have been trans­ferred to the modern church. 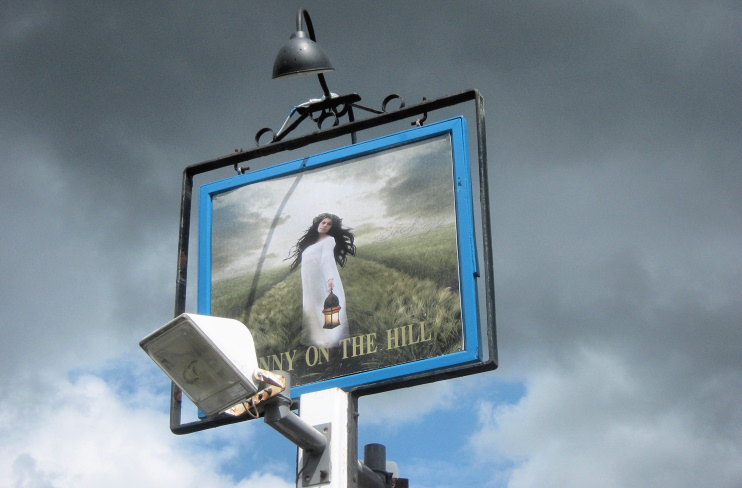 During the 1950s the surviving fields of East Wickham Farm were used as a landfill site, primarily for rubble from wartime bomb sites. An 84-acre area has since been levelled and planted with grass, with part being left to grow wild – as shown in the photo­graph at the top of the page. The amenity is properly called East Wickham open space but is sometimes known as ‘Fanny on the Hill park’, after a public house that stood nearby.

The pub was said to derive its name from a barmaid at an earlier hostelry who would shine a lamp to tell Dick Turpin that the coast was clear. However, the original Fanny is more likely to have been Anne Muirhead, who ran the White Horse beerhouse for about 20 years in the mid-19th century. The Fanny on the Hill was closed by the author­i­ties in 2014 and has since been replaced by a small block of apartments.

The East Wickham ward has an over­whelm­ingly white popu­la­tion, with a high level of home ownership but low educa­tional attain­ment. The large number of pensioners accounts for the rela­tively high average age of 40 years.

The musician Kate Bush grew up at East Wickham Farm and continued living here with her family for some while after her early success.

* The picture of East Wickham open space at the top of this page is adapted from an original photograph, copyright Marathon, and the picture of the Fanny on the Hill pub sign is adapted from an original photograph, copyright David Anstiss, both at Geograph Britain and Ireland, made available under the Attribution-ShareAlike 2.0 Generic Licence. Any subsequent reuse is freely permitted under the terms of that licence.