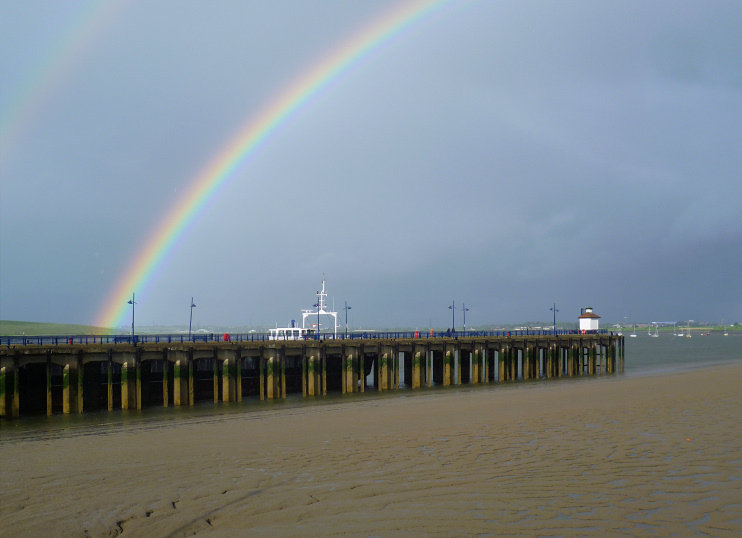 A forest estab­lished itself here after the last ice age, stretching across what became the Thames to Hornchurch. The name Earhyth, which means ‘muddy landing place’, was first recorded in the seventh century when lands here were granted to the bishop of the East Saxons.

Henry VIII estab­lished a naval store­house at the end of West Street in 1512. The town (all too briefly) flour­ished as a summer resort in the mid-19th century after the opening of a steamboat pier, a hotel and the station. Riverside gardens were laid out, with a maze and arboretum. At the same time, the docks brought indus­trial growth, which accel­er­ated over the second half of the century, when Erith’s popu­la­tion increased tenfold.

Christ church was built on Victoria Road in 1874 and is now grade II* listed. The architect was JP St Aubyn.

The town filled with terraced housing for workers, while lords of the manor the Wheatley family progres­sively developed a high-class suburb in the Lesney Park area. The Wheatleys built a new manor house in Northum­ber­land Heath and created Avenue Road as a direct route to the town. To the north-west, British Oil and Cake Mills built inno­v­a­tive concrete silos on Church Manor Way in 1916. 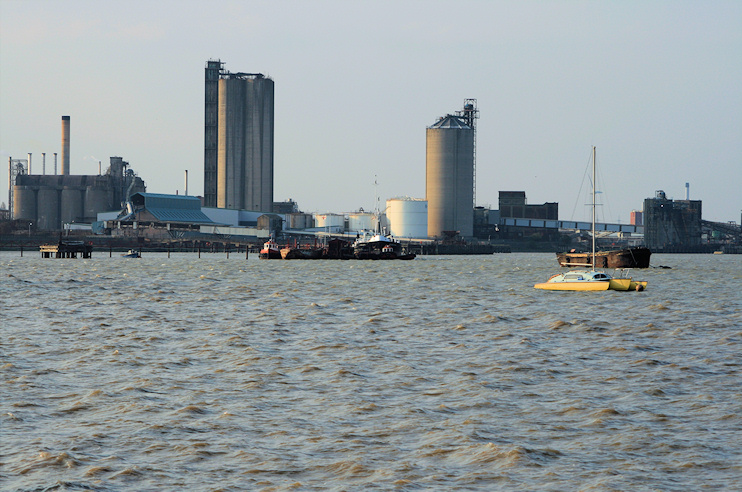 In the first half of 20th century the manu­fac­ture of armaments and cables were the dominant indus­tries. Callender’s laid a pipeline across the bed of the English Channel, which was used to supply fuel for the D‑Day landings.

As a conse­quence of its military signif­i­cance, Erith was the target of heavy bombing during the Second World War and was radically rede­vel­oped after­wards. A concrete pier was built in 1957 and the Pier Hotel was demol­ished to make way for warehouses.

More historic buildings were lost in the 1960s but a few remain, notably the White Hart (currently an African and conti­nental restau­rant), St John’s church and the Carnegie Building (former Erith library).

In 1999 a Morrisons super­market was built on the site of the old deep wharf, retaining the pier and reviving a disused indus­trial part of the riverside. In 2004 funding was secured for a regen­er­a­tion scheme that included a public art project.

The decline of industry has freed up large areas for resi­den­tial devel­op­ment. Flats, town­houses and maisonettes have sprung up all over the town in recent years.

Mainly because of its remote­ness, Erith has some of the lowest property prices in the London area, both for houses and flats. Research published by the Londonist in 2013 – based on Zoopla data – found London’s cheapest bricks-and-mortar home at that time was a ground floor studio flat in Erith, for which “offers in excess of £60,000” were being sought.

However, Erith’s low-lying situation beyond the Thames flood barrier may make it increas­ingly prone to flooding if global warming causes the expected rise in sea levels.

Alexander Selkirk, the real-life inspiration for Robinson Crusoe, arrived back at Erith in 1711 after being rescued from his desert island. He is remembered (or at least Daniel Defoe’s portrayal is remembered) in the names of Friday Road and Crusoe Road.

Former Conservative prime minister Margaret Thatcher met her husband Denis while campaigning in Erith in 1950. He was chairman of the Atlas Preservative Company, the family paint and chemical business, and he commuted to Erith each day from his flat in Flood Street, Chelsea.

* The picture entitled Rainbows over Erith Pier at low tide at the top of this page is adapted from an original photograph, copyright Marathon, at Geograph Britain and Ireland, made available under the Attribution-ShareAlike 2.0 Generic Licence. Any subsequent reuse is freely permitted under the terms of that licence.