With Sewardstone and Sewardstonebury, between which it lies, this is the only corner of the extended metropolis that is not part of a London borough but falls within a London postal district 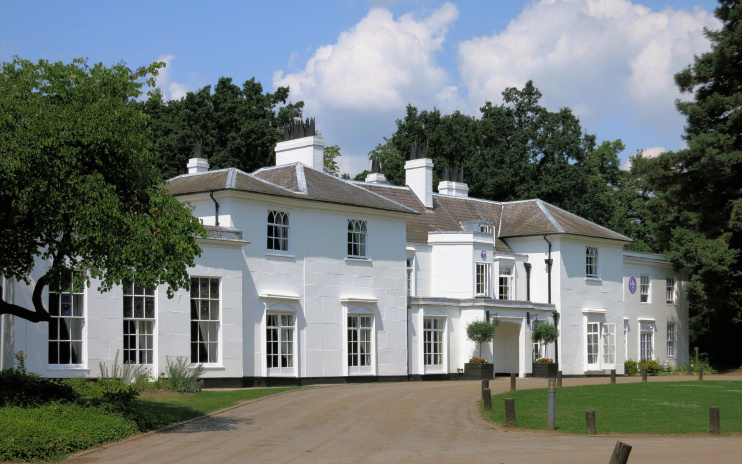 According to scouting historian Peter Rogers, the first recorded owner of the land that can now be iden­ti­fied as being part of the Gilwell estate was one John Crow who in 1407 owned several parcels of land in the old parish of Waltham Abbey and called this one Gyldiefords.

Henry VIII is supposed to have built a hunting lodge here for his son Edward, which he later granted to Sir Edward Denny of Waltham Abbey.

The lodge was rebuilt in the late 18th century as the White House (shown in the photo­graph above* and located exactly at the centre of the map below), with land­scaped gardens adorned by a stone balustrade from old London Bridge. The extrav­a­gance helped to bankrupt its owner and the Crown seized the property in 1812 and sold it at auction.

The White House had fallen into dere­lic­tion when WF de Bois Maclaren bought it in 1919 for £10,000 and presented it to the Scout Association.

In 1945 the asso­ci­a­tion signif­i­cantly extended the park north-eastwards with the acqui­si­tion of Gilwell­bury (shown in the photo­graph below*) and its adjoining land. Gilwell­bury is now used as staff accom­mo­da­tion and the rest of Gilwell Park consists entirely of scout facil­i­ties: primarily adventure sites and the like but also admin­is­tra­tive offices. 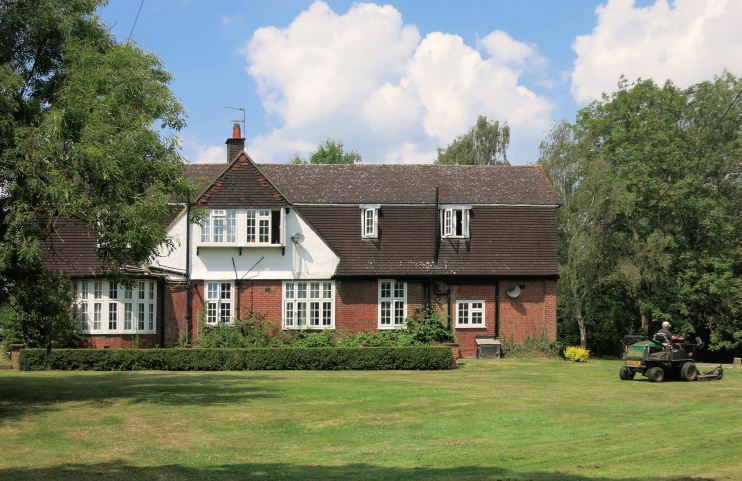 Among the park’s features are the ‘bomb-hole’, which was created by a Second World War air raid and enlarged to form a canoeing lake, and the Buffalo Lawn, which has a small bronze buffalo given by the Boy Scouts of America.

The almost endless list of amenities includes a swimming pool, rifle range, climbing wall, zip wire, archery field and a sensory trail. Go karting, grass sledging, rafting and kayaking are among the other activ­i­ties on offer. There are outdoor and indoor chapels, a synagogue, a Buddhist sala (a gift from the Boy Scouts of Thailand) and a Muslim prayer area (and plans for a mosque).

There are now four accom­mo­da­tion lodges and – as one would expect – acres of campsites for the ever-increasing number of scouts visiting Gilwell Park from around the world for youth work, adult training and recre­ational purposes. Around 40,000 people attend the centre each year.

To the south-west of Gilwell Park, Gilwell Hill is a compact housing estate recently built on land that had been occupied by kennels asso­ci­ated with Waltham­stow greyhound track, which closed in 2008. It is unusual for dense resi­den­tial devel­op­ment to have been permitted on a site like this – and there were many objec­tions. The key factor in the project’s approval by Epping Forest district council seems to have been the very high propor­tion of afford­able-rent and shared-ownership homes – and the provision of a community centre with an adjacent shop. A cynical observer might also note the estate’s location at a far-flung corner of the council’s bailiwick. Gilwell Hill was completed in 2013. Its main avenues are named Baden Drive and Powell Drive.

The founder of the Scout Association, Robert Baden-Powell, was created Lord Baden-Powell of Gilwell in 1929.

* The pictures of The White House, Gilwell Park, and of Gilwellbury on this page are both adapted from original photographs, copyright Des Blenkinsopp, at Geograph Britain and Ireland, made available under the Attribution-ShareAlike 2.0 Generic Licence. Any subsequent reuse is hereby freely permitted under the terms of that licence.