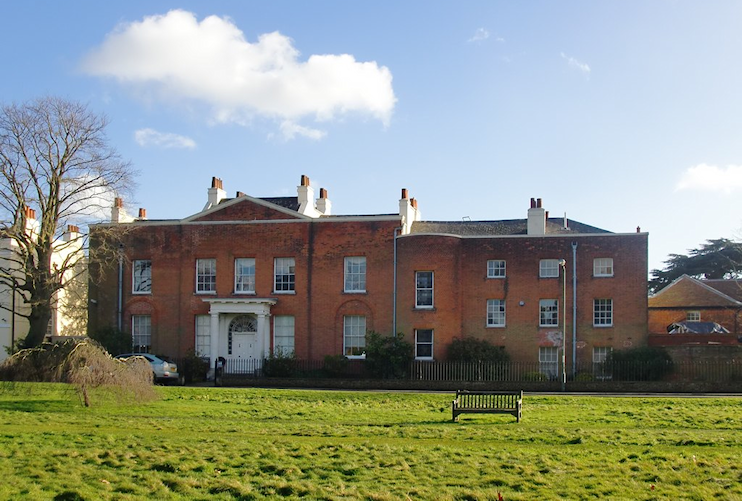 Hadley’s name was first recorded as Hadlegh in 1248 and was formerly thought to have meant ‘a high place’ but it is probably derived from the Old English forms of ‘heath’ and ‘lea’, so this place could have been a woodland clearing where heather grew. The ‘Monken’ prefix is said to derive from the 12th-century endowment of a hermitage here to the abbey of Walden in Essex. Though not everyone (or every map) agrees, Hidden London prefers to proceed as though Hadley and Monken Hadley are equally accept­able alter­na­tive names for one and the same place.

St Mary’s church was built in 1494, according to the date inscribed on its west tower. A sizeable village grew up around the church and spread in every direction except onto the royal preserve of Enfield Chase. In 1612 Sir Roger Wilbraham founded a set of almshouses for “six decayed house­keepers” and the buildings on Hadley Green Road have not only survived but are still admin­is­tered under the original charity. By the mid-17th century, houses ran in an unbroken line down to the High Street at Chipping Barnet.

Over the following century or so, a number of grand houses were built around the common and green, and several of these are still standing, notably Hadley Hurst (c.1707) and Hadley House (c.1760, shown in the photo­graph above), which are both grade II* listed.

In 1741 Sir Jeremy Sambrook erected an obelisk to the north of the green, suppos­edly at the site where the Earl of Warwick had fallen in the Battle of Barnet, and cottages and inns formed a group here that became known as Hadley Highstone. The monument was relocated a century later, but there is no evidence of the authen­ticity of either its original or present position.

In 1799, land to the east of the church was granted as compen­sa­tion to parish­ioners for the loss of their rights on Enfield Chase after its enclosure. The 190 acres were sometimes called Hadley Wood but usually (Monken) Hadley Common.

Nine­teenth-century additions to the housing stock around the green were generally of a high standard and a wide swathe is now a conser­va­tion area. To the south-east of the green, the British Land Company bought Woodcock Farm in 1868 and laid out an estate as an extension of New Barnet.

Some older houses were demol­ished in the early 20th century but Hadley’s declining popu­la­tion rose again when new streets were laid out north-east of Chipping Barnet High Street.

More suburban houses were built near Cock­fos­ters after its station opened in 1933. Hadley had a brewery for two centuries until 1938 and the site continued to function as a distri­b­u­tion centre until 1969. This was replaced by three luxury detached houses in 1996.

In 2001 archae­o­log­ical digs at various locations in the Hadley area were yet again unsuc­cessful in estab­lishing exactly where the Battle of Barnet was fought.

The missionary and African explorer Dr David Livingstone stayed at what is now Livingstone Cottage in 1857–8.

Comedian Spike Milligan lived for many years at Monkenhurst, which was built in 1881 on The Crescent and which he saved from demolition.

Father and son authors Kingsley and Martin Amis lived at Lemmons, formerly Gladsmuir House, and poet laureate Cecil Day Lewis died there during a visit in 1972.

* The photograph of Hadley House at the top of this page is adapted from an original photograph, copyright Stefan Czapski, at Geograph Britain and Ireland, made available under the Attribution-ShareAlike 2.0 Generic Licence. Any subsequent reuse is hereby freely permitted under the terms of that licence.