A historically poor but now gentrifying locality situated between Dalston and Shoreditch, to the east of Kingsland Road 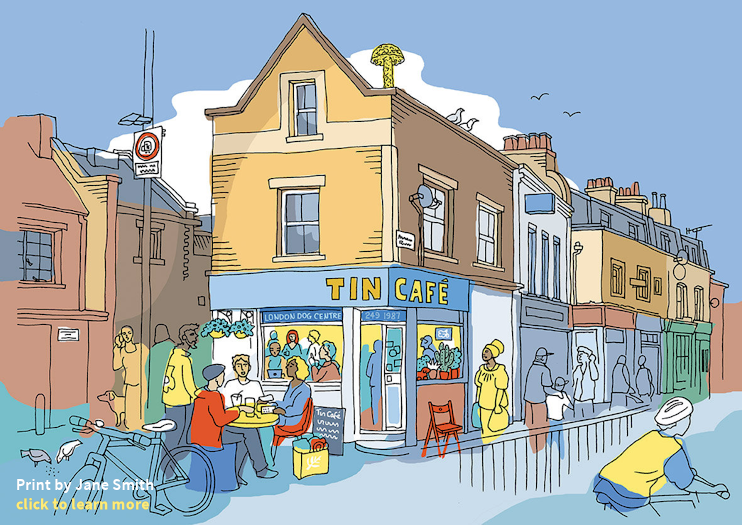 Hagger­ston was first recorded in Domesday Book as Hergotes­tane; the name probably derives from a Saxon farmer called Hærgod, who either had a ‘ton’ (farmstead) here or a stone that marked the boundary of his land.

In 1685 Sir Robert Geffrye, a former Lord Mayor of London, left land on Kingsland Road for pensioners’ almshouses and these were built in 1715.

Hagger­ston was densely built up during the 19th century and became increas­ingly over­crowded, espe­cially after the opening of its station on the East London Railway in 1869. In an attempt to improve public health, Hagger­ston baths were built on Whiston Road in 1904.

In 1914 Sir Robert Geffrye’s almshouses became a museum, which now has collec­tions of furniture, textiles, paintings and deco­ra­tive arts, displayed in a series of period rooms.

A slum clearance programme led to the two-stage construc­tion of 447 homes on the Hagger­ston estate. Hagger­ston West was built in the 1930s but Hagger­ston East had to be postponed until after World War II.

Like most of east London, Hagger­ston was ravaged in the Blitz. The locality’s misfor­tunes are chron­i­cled in Herbert Wilson’s vividly named book, Death over Hagger­ston, subtitled ‘An Account of Adven­tures that Befell some East Londoners between the Summers of 1940 and 1941’. Wilson was vicar of Hagger­ston parish at the time. A contem­po­rary article in Horizon described the privately printed work as badly written but the only book to show “any real critical appre­ci­a­tion of the working-class mind in these aston­ishing months.”

Hagger­ston station closed in 1940 but reopened in 2010 as part of the northern extension of the East London line. The station has helped to revive awareness of Haggerston’s name, which had dropped out of common usage, possibly because of its ugly sound. For example, when it opened in 2007 the Bridge Academy simply described itself as being in ‘south Hackney’. The academy was built on the site of the former Laburnum primary school.

Hagger­ston baths closed in 2000. Plans were announced in November 2017 for a regen­er­a­tion scheme for the building, which will incor­po­rate space for busi­nesses, community uses, shops and a café – but not a swimming pool.

The Hagger­ston ward takes in much of east Hoxton and Shored­itch as well as Hagger­ston proper. Roughly equal numbers of homes in the ward are rented from the council and from private landlords, while rela­tively few (less than a sixth of the total) are owner occupied. Unsur­pris­ingly, most people live in flats. Fewer than seven per cent of resi­dences are whole houses.

Haggerston was the birthplace in 1656 of Edmond Halley, the son of a wealthy soap boiler. Halley became the second Astronomer Royal and accurately predicted the return of the comet that now bears his name.