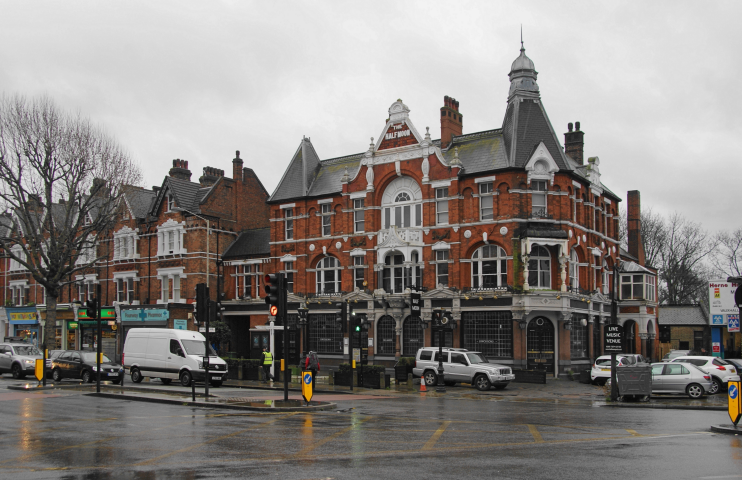 The area was part of the medieval manor of Milkwell, and one of its earliest buildings was the Half Moon Inn, which stood at the cross­roads. Protec­tive landowners restricted devel­op­ment here to a few homes for the wealthy and early in the late 18th century the hill was dotted with grand houses in a largely rural setting. Among the most impres­sive was Casino House, which had 15 acres of grounds land­scaped by Humphry Repton.

From the second half of the 19th century spec­u­la­tive devel­opers moved into the area as leases on old prop­er­ties came to an end. In an early scheme, the streets between Railton Road and Dulwich Road, now known as Poets’ Corner, were laid out on the eastern half of Effra Farm by the West­min­ster Freehold Company in 1855.

Rapid change began with the opening in 1862 of Herne Hill station on the London, Chatham and Dover railway line, which also encour­aged devel­op­ment in the vicinity of Tulse Hill. The Suburban Village and General Dwellings Company put up terraced houses in Milkwood Road, Lowden Road and adjacent streets.

Shown in the photo below,* Herne Hill velodrome on Burbage Road has been dedicated to track cycling, with asso­ci­ated recre­ational uses, since 1891. Later riders at Herne Hill events included Victoria Pendleton, Chris Hoy and Alex Dowsett. Sir Bradley Wiggins began his racing career at the velodrome at the age of twelve. 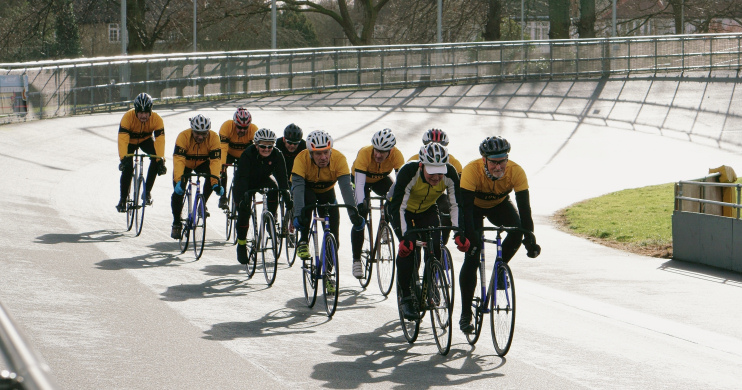 By the early 20th century most of Herne Hill’s large houses had been replaced by further terraces, with shopping parades along the main thor­ough­fares, while the Half Moon pub had been rebuilt – and is shown in the photo­graph at the top of this article.*

After the First World War Camber­well council bought the grounds of Casino House, which had been demol­ished earlier in the century, and laid out the Sunray estate of ‘homes fit for heroes’. The estate was a model of building effi­ciency and archi­tec­tural quality and is now desig­nated an ‘area of special character’, with a remnant of Repton’s land­scaping forming Sunray Gardens. To the west, the Dorch­ester Court estate was built in 1936, in place of several Victorian villas.

Following a period of decline, many of Herne Hill’s houses have been restored and some subdi­vided prop­er­ties have been reunified.

The Half Moon pub closed after a flood in August 2013. It finally reopened in March 2017, beau­ti­fully refur­bished and with 12 boutique bedrooms on its upper floors. However, the pub no longer doubles as a live music venue. In May 2018 the Half Moon was voted the best pub in London in the National Pub & Bar Awards.

The majority of residents in Lambeth’s Herne Hill ward live in rented accom­mo­da­tion and the propor­tion of unmarried adults is almost twice the national average.

The poet Dylan Thomas is reported to have lodged on Milkwood Road c.1933, in a house conveniently close to the Half Moon. It has been plausibly suggested that the address provided the inspiration for the title (though not the setting) of his 1954 ‘play for voices’ Under Milk Wood.